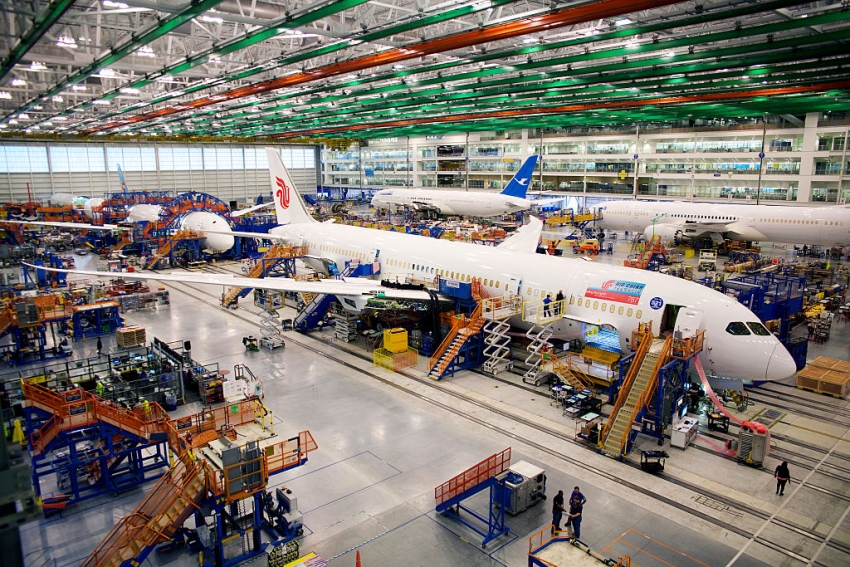 Workers at Boeing’s aircraft plant in South Carolina are voting Wednesday on whether to join a union, capping a multi-year campaign.

The road to victory will not be easy.

Anti-union sentiment runs high in South Carolina, where union membership is just 1.6 percent—the lowest in the nation. The state is also “right-to-work,” which means members are not required to pay for the costs associated with representation.

The campaign is being run by the International Association of Machinists (IAM) and involves some 3,000 Boeing workers in North Charleston, South Carolina. In 2015, IAM cancelled a vote, citing “an atmosphere of threats, harassment and unprecedented political interference.”

Since a new election was scheduled last month, Boeing workers who spoke to In These Times say that Boeing has been unrelenting in its opposition to the union.

“It’s just a constant barrage—any opportunity they’ve had, they’ve hit us with [an] anti-union message,” says Randy Toler, a worker.

Boeing did not respond immediately to a request to comment.

“A normal day consists of, you go to work, you’ll hear something anti-union at your morning meeting, there will be some [literature] handed out, so when you take your breaks in the break area they've got the TVs running and they play anti-union commercials throughout the day, and you top that off when you get home. You've got the [anti-union] commercials, radio and TV, and then you check your mailbox and you've got [anti-union literature] in your mailbox,” says Elliott Slater, another worker.

One prominent example of the company’s anti-union campaign was a recent breakroom display of $800 worth of diapers and children’s clothes. As Toler explains, “They’re trying to say, ‘This represents your [annual] union dues. You can buy all this stuff had you not paid union dues.’ My response back to that is why don’t they show you the house that you would have been able to make a down payment on because you would have gotten higher wages because you belong to the union?”

Coincidentally, $800 is about the difference in monthly wages between union and nonunion workers nationwide, according to a recent report by the Bureau of Labor Statistics.

“I would gladly pay my union dues to be able to make a better life,” says Toler.

Boeing’s overt anti-union campaigning is paired with “whisper campaigns,” which is “something that gets told to a small group of employees, possibly from their manager or somebody, and kind of catches fire and becomes factual and we have to spend a lot of time reeling that back to get the truth out and the facts,” says Mike Evans, lead IAM organizer. “A lot of times it just comes in very lightly and gets into the drinking water and causes the campaign a lot of trouble.”

These whisper campaigns, along with the very public anti-union statements made by local and state politicians, are what helped tank the 2015 election.

The anti-union activity at Boeing has some workers worried that IAM’s current effort will come down to just a few votes.

“A month ago, I would have said we had a small majority of people that were going to vote in favor of the union and I was pretty confident about it, but now my confidence is eroding,” says Toler. “I think it’s just due to that constant barrage of misinformation that we’re getting hit with. It’s almost generational here. The younger people are more strongly against it.”

“I remember my father being in the union and seeing how people were paid and how the middle-class families were better off as a result of being in unions. I remember that. And the younger folks don’t have that connection,” Toler says.

But Evans says that IAM has a “much more robust campaign, as far as support goes” compared to its previous effort because the situation at Boeing has not improved since 2015.

“The workers here are somewhere around 30 percent to 36 percent, on average, below their counterparts of the same tenure in Washington [state], but then Boeing keeps telling these people that they’re getting a fair shake,” Evans says. “Their attacks on the workers, you know, is ‘well, you’re getting paid pretty well for the area,’ but we’re talking about an industry that carries a lot of wealth for people—making a lot of people rich.”