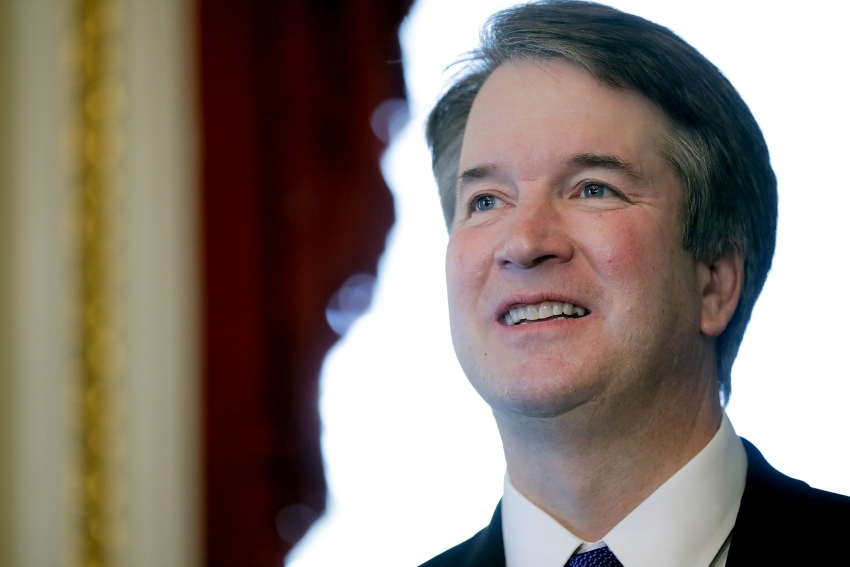 People working at a meat distribution warehouse in Brooklyn were tired of working for unsustainable compensation without health insurance, paid holidays or overtime pay, so they decided to come together to improve their jobs. Their company immediately threatened and fired individuals for their support of a union, but they persisted in wanting to achieve a better workplace. In 2005 they voted to join together to form a union, yet their bosses refused to negotiate with them. After the workers took the company to court, it claimed it had no obligation to honor its employees’ union because some of the people it hired were undocumented immigrants.

The company, Agriprocessors Inc., lost its case before the National Labor Relations Board, appealed the decision, and then lost again before the U.S. Court of Appeals for the District of Columbia. In fact, the only judge who agreed with the company’s ludicrous argument was Brett Kavanaugh, now President Donald Trump’s Supreme Court nominee.

This saga isn’t the only time Agriprocessors has been in the news. In 2008, while under investigation by numerous state and federal agencies for alarming workplace conditions, Immigration and Customs Enforcement (ICE) officers raided a Postville, Iowa meatpacking plant owned by Agriprocessors, resulting in arrests of nearly 400 immigrants working in the plant. Instead of being recognized as victims and witnesses of crimes such as labor trafficking and workplace abuses, the employees were treated as criminals.

Just two days after the raid, the Des Moines Register published a lengthy article detailing the history of workplace safety violations at the plant, including nine citations within just two years. Immigrants from Guatemala and Mexico who worked for Agriprocessors complained of child labor, sexual and physical abuse by supervisors, underpayment and severe health and safety abuses.

The U.S. Department of Labor’s Wage and Hour Division had been coordinating its investigation with ICE up until the raid, which was staged without any prior notice to the Labor Department.

ICE pursued the raid using the workers’ complaints of the company’s wrongdoings as a basis. The agency’s warrant affidavit even recited allegations that a supervisor “duct-taped the eyes of an employee” and then “took one of the meat hooks” to hit a worker. The agency had also received notification from a union that it should avoid investigating the company while working people at the slaughterhouse were trying to join together to blow the whistle on deplorable working conditions.

One of the managers of the plant (and the son of the owner), Sholom Rubashkin, was eventually sentenced to 27 years in federal prison on charges stemming from the raid. But on December 20, 2017, President Trump commuted Rubashkin’s sentence, after he had served less than a third of his prison term.

Rubashkin’s case is not the only time Trump has used his pardon powers to let off a serial abuser of immigrants. In August 2017, Trump pardoned former Maricopa County, Arizona Sherriff Joe Arpaio, who had been convicted of criminal contempt for ignoring a judge’s order to stop racially profiling and detaining Latinos simply on the suspicion that they did not have legal status. Arpaio gained notoriety for the inhumane conditions that he forced inmates of the jail he ran to live in, including a “tent city” prison in the Arizona heat.

With a few exceptions, our courts have so far stood as a bulwark against some of the worst attempts by Trump to dehumanize immigrants. If Brett Kavanaugh is confirmed, Trump will have an ally on the highest court in the land as he continues his campaign to deny immigrants their fundamental human rights.

This article was first published on the Jobs With Justice blog.

Ethan Miller is an organizer, activist and communicator in Washington, D.C. You can follow him on Twitter @ESMiller59.