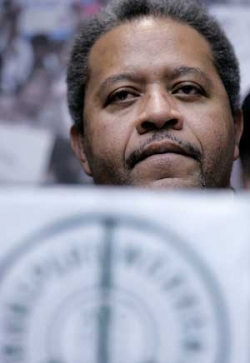 The rise, fall, and rise again of union reformers is a familiar story line in American labor. To some observers, in fact, it's a source of much cynicism about the whole project of union democracy and reform.

The day-to-day demands of full-time elected office, combined with heavy pressure to conform to the norms of business unionism, has led more than a few rank-and-file heroes down the primrose path, sooner or later.

After reformers get elected, their "Si se puede" campaign rhetoric has been known to give way to a litany of excuses about why "we can't" -- empower members, fight the boss, or "build a new union," as promised during the campaign. There are, fortunately, always some committed activists ready to push the boulder of reform back up the hill again. But, starting over is never easy. It requires winning support from fellow workers now angry, frustrated and/or disillusioned by the actual or perceived failure of previous insurgencies.

The trouble with top-down 'reform'

Local 100 of the Transport Workers has 38,000 subway worker and bus driver members. In 2000, a Caribbean-born track worker—bearing the name of a great 18th century liberator—took office as the presidential candidate of the "New Directions" caucus.

Roger Toussaint was a battle-tested militant, with a left-wing political background, previously fired by the Transit Authority. His New Directions comrades-in-arms had contested many earlier elections, less successfully. They had also spent two decades or more trying to strengthen the union, from the bottom up, through workplace agitation and organizing, a story well told in "Hell on Wheels," a Solidarity pamphlet by Steve Downs, the elected chairperson of Local 100's Train Operators Division. (See www.solidarity-us.org for ordering info).

In office, as Downs recounts, it didn't take Toussaint long to create a personal patronage machine, rather than "the democratic, member-run union that New Directions and thousands of the local's members had fought for." Reform of the local became "a top-down, staff-driven process...Officers and members who pushed for a more participatory approach were frozen out."

As a result, Local 100 was in weak organizational shape when it skimped on contract campaigning in 2005 and then conducted a brave but bungled strike against the Transit Authority anyway. The dispute ended with healthcare give-backs, internal discord, costly fines for both members and their union, and loss of automatic dues deduction. This last penalty has left Local 100 with a very big "open shop."

Only 18,000 out of 38,000 workers are still supporting TWU financially. The local's deeply eroded and demoralized stewards' network -- long neglected by Toussaint -- has been unable to collect more voluntary dues or do much else to enforce the contract, except in remaining pockets of workplace self-organization and activity.

By 2006, the increasingly unpopular Local 100 president had to rely on a divided field of challengers to win re-election with only 43% of the vote. As reported accurately by no less an authority than Wikipedia, Toussaint soon came under renewed factional "criticism as he began removing union officers who were elected on opposition slates and began working more closely with New York City Transit management."

The rise—and decline—of a Teamsters local

In Teamsters Local 804, based in Queens, the trajectory from militancy to complacency, demobilization, and de facto company unionism occurred in a better-known national context. 804 is the home local of Ron Carey, who died of lung cancer a year ago. In the 1970s and '80s, under his leadership, 804 was a formidable island of rank-and-file resistance to the largest Teamster employer in the country, United Parcel Service. In those days, Carey and his members were surrounded by a cesspool of Teamster corruption and gangsterism in New York City and New Jersey, plus union collaboration with UPS management just about everywhere else.

In 1989-91, Carey joined forces with Teamsters for a Democratic Union to wage a successful grassroots campaign to oust old guard officials at the national union level. Carey's six tumultuous but productive years as IBT president in Washington reached their peak with the Teamsters' 1997 strike victory over UPS; shortly, thereafter, he was forced to step down from office in a re-election campaign fundraising scandal, which also led to his indictment. Acquitted of all charges in 2001, he remained painfully banned from having any contact with his former co-workers in 804.

Over time, Carey's successors in the leadership of this 7,000-member UPS local drifted into the camp of current Teamster President James Hoffa. Two years ago, they gladly went along with a Hoffa-engineered UPS contract settlement that was overturned, in 804 at least, by dissatisfied members. The TDU-backed rank-and-file campaign against concessions in the 804 local supplement to the UPS national contract forced management to put a better offer on the table.

The final deal reversed a 30-percent pension cut, stopped a proposed wage cut, and saved the "25 & Out" retirement option that was the key legacy of the Carey years. In a fatal pique of annoyance over this political setback for them, Local 804 officials didn't even send flowers to the funeral home or attend the wake when Carey died a year ago. At a memorial service for him last February, hundreds of UPSers showed up, angry and determined to avenge the slight -- and take back their union--at the polls this fall.

In Local 100, that's exactly what the anti-Toussaint forces called themselves -- Take Back Our Union (TBOU). Roger himself wasn't on this week's election ballot because he now has a high-paid staff job with the TWU's tiny and not very helpful national organization, whose failings he long criticized (during his previous incarnation as a rank-and-file militant and, for a few years, dissident local leader).

Instead, a candidate backed by Toussaint squared off against John Samuelsen, a Brooklyn-born Local 100 vice-president with a long history of activism around track safety issues and the fight against contracting out.

On Monday, Dec. 7, Samuelsen's multi-racial TBOU team won all four local-wide officer positions, including the presidency and four out of seven V-P slots. In his own race for the top job, Samuelsen won by nearly 900 votes out of more than 10,000 cast.

Just a few days earlier, on Dec. 3, there was a record turn-out (1,000 more voters than before) in the balloting for 804's officers and executive board members. The TDU-assisted "804 Members United Slate" won all 11 seats, turfing out the hapless Hoffa fans in their union hall by an even larger margin of two to one.

In both races, the challengers produced detailed campaign platforms that were strikingly similar. TBOU's stressed the need for an "open, democratic union," "member-driven, clean of corruption," and "single-minded in its resolve to break the cycle of concessionary bargaining." As UPS worker and 804 president-elect Tim Sylvester explained last week,

We laid out ten changes we'll make to build a stronger Local 804. We're not going to be able to fix all the problems overnight. But we're committed to implementing a reform program and tapping the power of an informed and organized membership.

When they take office like Sylvester in January, Samuelsen and his running-mates—Izzy Rivera, Benita Johnson, and Angel Giboyeaux—will face an Augean stable full of accumulated organizational and financial problems. High on their "to-do" list will be a systematic membership drive (to get delinquent dues payers back into the TWU fold) and a push to get disputed 2005 contract issues resolved.

Unusual among U.S. trade unionists at the moment, Samuelsen has a singular focus on "building rank-and-file power and re-establishing union strength in the workplace." At a day-long transition planning discussion, held in Manhattan last month with ninety TBOU supporters, John kept returning to the theme that Local 100 wouldn't become a "powerhouse" in NY labor again until it first re-built "layers of density" on the shop-floor, fought to "control the pace of work," and tackled, rather than ignored, day-to-day problems like the "disgusting condition" of subway employee bathrooms.

At a time when unions like SEIU are downplaying the role of workplace representation and any fight over working conditions—and, in some cases, even replacing stewards with "call centers"—Samuelsen talks non-stop about the centrality of elected shop stewards, who can't simply be replaced with "loyal bums" at the whim of a local president.

He believes stewards should be trained and encouraged to deal directly with management as "on-site dispute handlers" and key contract enforcers. In the legislative/political arena, he thinks Local 100 should rely less on high-priced lobbyists and consultants or union check-writing to politicians. He wants more rank-and-file members to run for office themselves and pressure public officials directly, in their own neighborhoods and communities.

The 42-year-old Samuelson is particularly concerned about the challenge of reaching younger, newly hired transit workers. In a pre-election message to them, he warned of a Transit Authority management that has "stepped up its abuse of our members and routinely violates our contract." The Toussaint regime's abandonment of "any real attempt to mobilize the membership to defend our jobs" has produced a union "in full retreat on safety, discipline, job picks, and seniority rights."

Now faced with the challenge of actually stopping that retreat and finding ways for Local 100 to go on the offensive again, Samuelsen and his slate will need all the help they can get from members, new and old, next year, as will those picking up Ron Carey's banner in Teamsters Local 804.