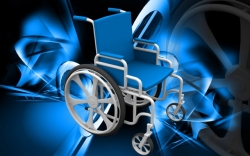 Some San Francisco lawmakers are calling for a reversal of California’s new regulations placing stringent requirements on in-home workers who take care of the sick, elderly and disabled.

The draconian regulation, which excludes a person with any felony conviction or serious misdemeanor from working as a caregiver in the state's In-Home Supportive Services (IHSS), is currently on hold due to a temporary restraining order. But it could go into effect as soon as January 29.

That possibility has created confusion and panic among those depending on IHSS. It could cost many workers their jobs, or block many prospective workers from applying for those jobs as In-Home Supportive Services workers.

The new policy requires fingerprinting, background checks and other steps designed to eliminate fraud. It's all part of a cutback negotiated in the 2009-10 state budget passed by the legislature and signed into law by Governor Arnold Schwarzenegger. (In late November, Federal Court Judge Frank Roesch temporarily halted the act, saying it may violate provisions of the Americans with Disabilities Act, the Olmstead Act, and the American Recover and Reinvestment Act.)

The regulation would throw out thousands of the state’s low-income elderly and disabled from the In-Home Supportive Services program. Potential caregivers who have ever been committed of a felony or “serious misdemeanor” are, under the new regulation, barred from working as a care provider.

There is no allowance for consideration on a case-by-case basis. So if someone has been caring for his or her relative and had been convicted of fraud in the 1990s, that person would be barred from providing care.

The rule “essentially creates a system where we have a population that is not eligible to do this very critical type of work. It absolutely makes no sense,” Adachi said during testimony in support of the resolution at a committee hearing of the Board of Supervisors, on December 14.

The state’s In-Home Supportive Services program assures that elderly people with disabilities are able to remain in their homes with the help of personal care assistance providers who can help them with meals, laundry, cooking or shopping.

It is widely seen as a critical service to ensure that people with limited mobility can remain in their homes and communities, and don't have to be institutionalized.

“I would also like us to consider the impact on whole families if this administrative regulation isn't challenged, because it will have disproportionate impact on communities of color, and it really sets us back in terms of justice for people who are impacted by the criminal justice system,” Donna Wilmont, from Planning for Elders, stated.

Said Ann Hinton, Director of the Department of Aging and Adult Services, “The phones have been ringing off the hook at the Public Authority. People are very, very worried, even those that have the service. I don’t think panic is too strong of a word.”

The IHSS Felony Exclusion Rule would disproportionately affect workers of color and women. "Eighty-eight percent [of In-Home workers] are female, 25 percent are African-American. 30 percent are Asian/ Pacific Islander; 26 percent are Latino, and 10 percent are Caucasian. The average age of the IHSS provider is 50, and over 44 percent care for a family member,” Adachi said.

Vera Hail, who has worked with the IHSS Task Force since it was formed, called it the “greatest attack we have ever had on the IHSS Program."

According to federal policy, those who want work as a caregiver are excluded only for job-related offenses and it is illegal to use absolute bans to employment based on conviction history.

In San Francisco, those with criminal convictions who are trying to gain Civil Service employment are evaluated on a case-by-case basis.

“San Francisco has been a national leader in creating re-entry programs to integrate people with prior convictions back into the community. The state’s new regulations lock hardworking people out of employment that could be crucial for the survival of their families,” Adachi said in a statement.

There are more than 22,000 low-income seniors and people with disabilities in San Francisco who rely on in-home care to stay out of institutions.  Statewide, about half a million people are recipients of IHSS.

Across the state, nearly half of those who receive in-home supportive services receive their care from a family member. Lawmakers are calling it a step back from the programs and initiatives that have been championed in San Francisco.

“What this rule does is essentially create a system where we have a population that is not eligible to do this very critical type of work,” said Adachi.

I come here today as a representative of all the home care workers in the state, about 60,000, both north, south, and central.  A large part of the home care workers are folks of color, older women, and immigrants. This rule creates more unemployment, more confusion, and more fear. Support all homecare workers and their families and communities which this important program supports.

The Home Care Providers Union website lists examples of how the new and more stringent regulations have affected their clients. Even though the rules are on hold, there’s a lot of confusion.

The resolution would not change what is currently on the books: Anyone who has ever committed fraud against the government, or elderly or child abuse, would be barred from being a provider. But it would uphold consumers' right to choose who theire provider is, which is key to the IHSS program.

“Low-income seniors and others who need assistance should be able to choose their caregiver. These new policies violate that right,” Adachi said.