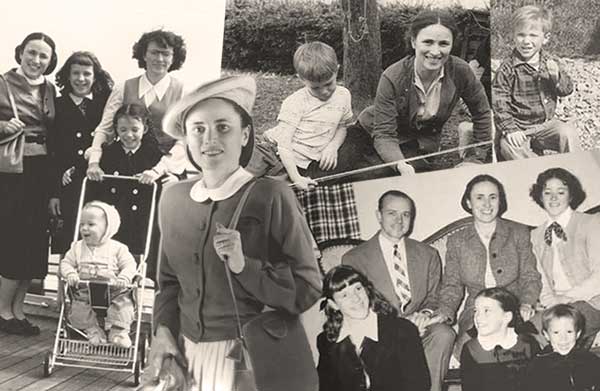 A scion of the evangelical right forsakes his conservatism.

Frank Schaeffer admits that questions about Biblical inerrancy were beginning to nag. He writes, ‘The more doubts I had, the further to the Right I moved ideologically.’

At one point in history, Frank Schaeffer was an heir apparent to Christian Right leadership. As the only son of evangelical kingpin Francis Schaeffer–whose Whatever Happened to the Human Race? (co-written with former Surgeon General C. Everett Koop and released in 1978) catapulted fire-and-brimstone Christians into an anti-secular humanist frenzy–he was well situated to take the reins and assume a perch alongside Jerry Falwell, Franklin Graham and Pat Robertson.

Sex, Mom, & God: How the Bible’s Strange Take on Sex Led to Crazy Politics–and How I Learned to Love Women (and Jesus) Anyway (Da Capo Press, June) explains why this never happened. The book is an unusual mix–part memoir, part exegesis on Bible-based belief systems, and part prescription for a more compassionate, human-centered politics for both religious and theologically skeptical people. Humor, at times of the laugh-out-loud variety, is abundant. And while readers will likely bristle at some of Schaeffer’s conclusions, his wit, sass and insights make Sex, Mom, & God a valuable and entertaining look at U.S. fundamentalism.

Schaeffer starts with an overview of his upbringing in L’Abri, a Christian retreat in Switzerland that was founded by his parents in 1955, and introduces readers to dad Francis, an authoritarian wife-and-child beater, and mom Edith, whose sophistication was stymied by an I-made-my-bed-and-now-must-lie-in-it stoicism. As the youngest of four children, Frank was not only doted upon but became Edith’s confidante and confessor.

Schaeffer writes movingly of Edith’s attempts to evade the stereotype of religious women as style-challenged prudes, and notes that she scrupulously followed fashion trends and what was happening in the art world. In an effort to inspire L’Abri’s female visitors to a life of chic piety, Schaeffer reports that Edith often convened impromptu salons during which she gave advice such as “always remember that there’s no reason that Real Christians can’t look like Vogue models!”

She also championed modern conveniences, including birth control. “We space our children,” she told young Frank. “The ‘we’ she was referring to were all Saved Protestant fundamentalists in general and We Schaeffers in particular,” he writes. “Then mom whispered, ‘You see, Dear, they don’t believe in family planning like we do. Those poor Catholics live in such terrible darkness.’ “

Indeed, Edith went so far as to show Frank her diaphragm, yanking it out of its hiding place for a bizarre show-and-tell session when he was just eight.

What’s more, Schaeffer recounts being told far more than he needed to know about his father’s Nightly Need–yes, despite God’s known displeasure, Edith confided that Francis’ lust did not abate during her menstruation. Not surprisingly, Schaeffer became obsessed with all things sexual; in one of the book’s most hilarious passages he describes his attempt to have intercourse with a hand-carved ice sculpture. “I laboriously carved my Ice Woman out of the deep, wet snow that lay in the thick woods above our chalet,” he writes, “… My ice lover’s legs were spread wide, and her breasts were crowned with pebble nipples. She had a thatch of moss for pubic hair. … The first shock of my encounter redefined the term ‘she’s frigid.’ I just kept going and going like some demented sexualized Energizer Bunny.”

He further chronicles other youthful, if guilt-laden, explorations, from romps with local girls to circle jerks with the guys. Then, in 1969, 17-year-old Frank impregnated his girlfriend. While you might assume that this provoked a crisis, it did not. “When I got Genie pregnant I was deemed normal,” he writes.

While he noticed that L’Abri urged visitors to focus on their relationship to Christ over their relationship to politics, he found himself drawn to his new mentors’ ultra-conservatism. Still, he admits that questions about Biblical inerrancy were beginning to nag. “The more doubts I had, the further to the Right I moved ideologically, as if shouting loudly and demonizing any who disagreed with me would solve my real problem: The growing realization that the Bible is horribly flawed,” he writes.

Pushing uncertainty aside, he instead focused on the Supreme Court’s 1973 Roe v. Wade decision, a ruling that gave the Evangelical Right–and Frank Schaeffer–a tangible target of hatred. “After the Roe v. Wade ruling, Christian America was convinced that the proselytizing shoe was on the other foot,” he reports. “The secular world was forcing us Real Christians to listen to their version of the Heart of Salvation.”

And herein lies the elephantine thorn in Sex, Mom, & God. Although Schaeffer left the Right after his father’s death in 1984–he could no longer stomach the hypocrisy, especially in terms of sexual conduct–and is now an outspoken critic of conservative evangelism, he is clearly uncomfortable giving women full reproductive freedom.

To his credit, Schaeffer takes responsibility for his role in promoting rhetoric that likens abortion to genocide and makes the link between such statements and anti-abortion violence. Yet, he advocates making abortion more restrictive, as if waiting periods, parental notification requirements, Medicaid funding bans, and other barriers don’t already impede women from exercising their freedom of choice. Worse, he suggests a model in which abortions after 12 weeks take place only with the consent of two doctors to verify that continuing the pregnancy would be harmful to either mother or fetus.

It’s an insulting and infantilizing suggestion.

Schaeffer acknowledges that the words “life” and “family values” have filled many a right-wing coffer. “A multimillion dollar industry grew from the anti-abortion movement’s roots,” he writes. “Its sole business became the winding up of white middle- and lower-middle- class undereducated religious fundamentalists and their fellow patriotic Far Right travelers.”

Knowing this, Schaeffer would be wise to adopt the philosophy of assassinated abortion provider Dr. George Tiller–trust women. For who else is best situated to determine when and whether to bring new life onto planet earth?