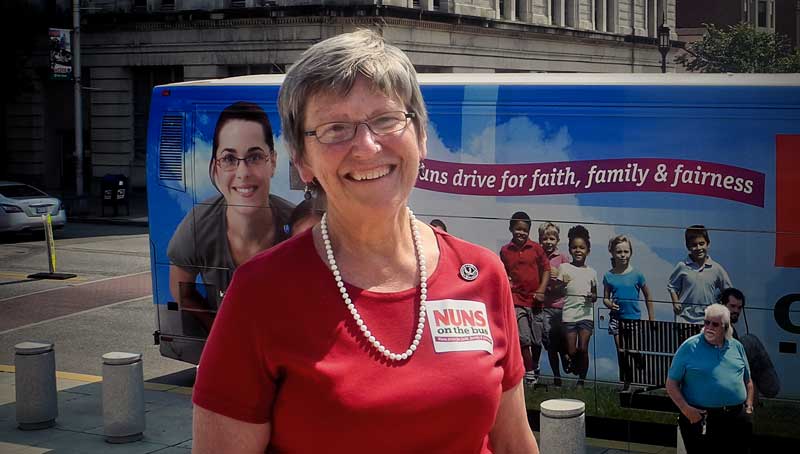 Sister Simone Campbell poses for a photograph in front of the ‘Nuns on the Bus’ bus. (Photo by Brigitte Dusseau / AFP / Getty Images)

Simone Chapman leads Nuns on the Bus, who lobby for social and economic justice (and plague Paul Ryan).

"Politically, women have always been at the margins of the Church. Part of our mission is to annoy the center."