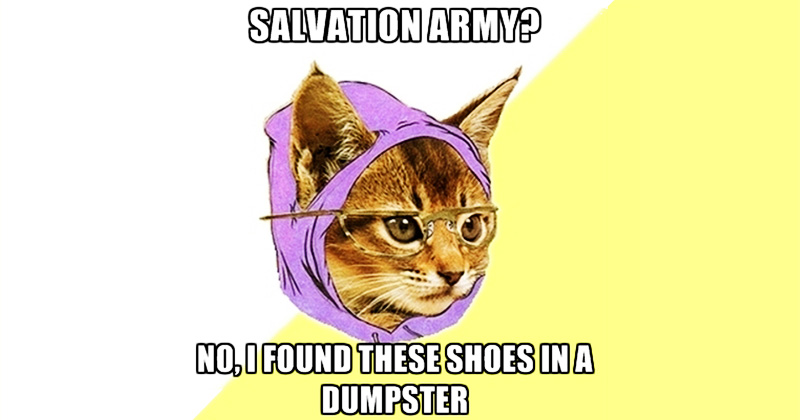 It makes very little sense to characterize irony, strictly speaking, as a matter of self-presentation.

Every few years, like a drunk on a recovery kick, American culture vows to get more earnest. Back in 1989, Paul Rudnick and Kurt Andersen plumbed the “irony epidemic” in Spy magazine—even though they, and the magazine, were prime late-century ironists in their own rights. In a post-9/11 flourish of self-regarding seriousness, Andersen’s one-time Spy co-founder Graydon Carter primly announced “the end of the age of irony.” And no sooner had the spiteful 2012 election cycle run its course than the online editors of the New York Times featured a much-discussed anatomy of the ironic life and its many spiritual enervations, called “How to Live Without Irony,” by Christy Wampole, a professor of French literature at Princeton University.

Wampole focused mainly on the terminally self-insulating implications of the ironic style. “The ironic frame functions as a shield against criticism,” she argued—and the criticism-averse subjects trapped within it have adopted a near-fetal pose of immunity. “Irony is the most self-defensive mode, as it allows a person to dodge responsibility for his or her choices, aesthetic and otherwise,” Wampole explained. “To live ironically is to hide in public.”

This is a useful reminder of the wages of cultural irony—even though this, too, has been a fairly obvious objection ever since American letters began fording the narrow, snaking cul-de-sac of meta-narrative back in the 1970s or so. Still, what’s most striking about our periodic jeremiads against the ironic style is the persistent misstatement of the key terms of debate. For one thing, it makes very little sense to characterize irony, strictly speaking, as a matter of self-presentation. Irony isn’t about individual motives or this or that gestural conceit—which are subject to some measure of personal control—so much as external outcomes, which by definition do not concern the self.

Put another way, irony doesn’t equate with whimsy, or playful misappropriations of popcult camp, or a thrift-store wardrobe; it is, far more distressingly and fundamentally, a category of spiritual disappointment—the grim yet also potentially absurd results when unintended consequences thoroughly trounce our conscious designs. This was the idea that Søren Kierkegaard was getting at when he published an exhaustive exegesis called The Concept of Irony; it was also Reinhold Niebuhr’s main theme in The Irony of American History, which sought to chasten the hubris of Cold War intellectuals with the reminder that they, too, could count on reality dispensing harshly with their pet illusions. Both thinkers well understood that, smirk as we might about petty day-to-day human follies, irony will always have the last laugh. “Irony involves comic absurdities which cease to be altogether absurd when fully understood,” Niebuhr observed. “Our age is involved in irony because so many dreams of our nation have been so cruelly refuted by history.”

It stands to reason that the philosophical foil of this self-deflating brand of irony is not sincerity, but tragedy: If irony is the unintended upending of human motivations, tragedy is the remorseless working-out of the consequences of an action beyond the scope of any human intervention.

Of course, for an American culture accustomed to projecting its presumptions about the proper order of the world far and wide, tragedy is an even more intolerable outcome than classical irony is: It’s far worse for things to turn out horribly than for events to merely unfold unexpectedly. And it’s doubly disturbing, in an America that has carelessly disregarded, downplayed and backpedaled most of the glum verdicts of history, for tragedy to insist that the authors of events are ultimately responsible for their consequences.

It’s small wonder, then, that we should fixate on the flotsam kicked up by our culture’s various warring conceptions of pre-packaged whimsy in lieu of any reckoning with the plans that history has in store for our own motives. To start making sense of the slippery delusions lurking beneath our exhausted cultural stylings is to recognize, at last, that what we now call irony is the self-chosen entertainment of the powerless.