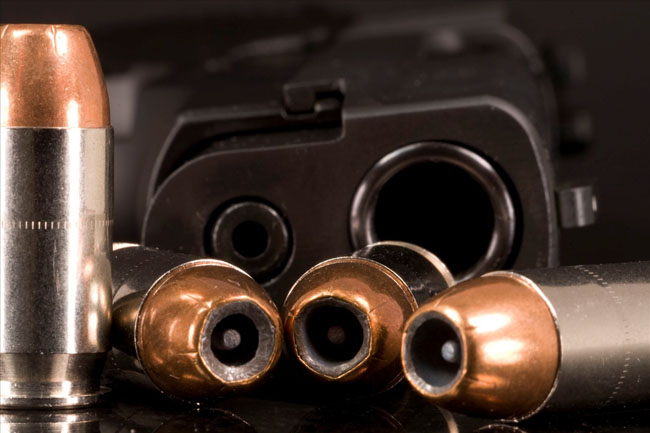 What Switzerland and Israel actually teach us.

While the rest of the developed world has granted their people free healthcare and education, and declared that owning a gun is a “privilege” and not a right, the Kochs helped make sure we’ve done the opposite.

Reprinted with permission from AlterNet

The suicide/mass-killing in Newtown has provoked Senator Dianne Feinstein to propose going back to the assault weapons ban that George W. Bush let lapse in 2004. That’s a nice start, but increasing numbers of Americans are calling for a ban on all guns, except for those carried by people who actually need them.

And there’s a strong argument to be made for it.

The Charles Koch Foundation, which was founded in 1974 and then changed its name to the Cato Institute two years later, would like you to know something about gun control. In a commentary titled “Gun Control, Myths and Realities,” their director of publications, David Lampo, writes:

[T]he facts show that there is simply no correlation between gun control laws and murder or suicide rates across a wide spectrum of nations and cultures. In Israel and Switzerland, for example, a license to possess guns is available on demand to every law-abiding adult, and guns are easily obtainable in both nations. Both countries also allow widespread carrying of concealed firearms, and yet, admits Dr. Arthur Kellerman, one of the foremost medical advocates of gun control, Switzerland and Israel “have rates of homicide that are low despite rates of home firearm ownership that are at least as high as those in the United States.”

It sounded so solid to the Washington Post’s Ezra Klein that he quoted it in an op-ed for that publication right after the Newtown murders. And then he discovered that just because something comes from the former Charles Koch Foundation—now the Cato Institute—doesn’t mean that it’s true.

In an article titled, “Mythbusting: Israel and Switzerland are not gun-toting utopias,” Klein set the record straight when he interviewed assistant professor of epidemiology at the School of Public Health at the State University of New York, Janet Rosenbaum. She’s an expert who’s actually researched the issue of gun control and gun violence in Israel and Switzerland.

In both countries there is no equivalent of our Second Amendment as interpreted by the Supreme Court in Heller and, two years later, McDonald. In other words, there is no “right” to own a gun in either of those nations.

Not so in Israel or Switzerland.

As Dr. Rosenbaum told Klein, and today essentially repeated on my radio program: “Both countries require you to have a reason to have a gun. There isn’t this idea that you have a right to a gun. You need a reason. And then you need to go back to the permitting authority every six months or so to assure them the reason is still valid.”

As a consequence of this, she pointed out to Klein, “There are only a few tens of thousands of legal guns in Israel, and the only people allowed to own them legally live in the settlements, do business in the settlements, or are in professions at risk of violence.”

For centuries, Switzerland has had a citizen’s militia instead of a standing army, much like that envisioned by Jefferson and many of the other Founders for America. Every able-bodied male spends a bit of time in the militia and, so the story goes, has a gun in his home.

But the story is wrong, says Rosenbaum. Instead of keeping guns in people’s homes, she told Klein, in Switzerland, “They’ve been moving to keeping the guns in depots. That means they’re not in the household, which makes sense because the literature shows us that if the gun is in the household, the risk goes up for everyone in the household.”

And, interestingly, they’re doing the same thing in Israel. As Rosenbaum told Klein, “In Israel, it used to be that all soldiers would take the guns home with them. Now they have to leave them on base. Over the years they’ve done this—it began, I think, in 2006—there’s been a 60 percent decrease in suicide on weekends among IDS [Israeli] soldiers.”

That’s because there’s a clear correlation between having a gun in the house and the risk of suicide, because suicidal impulses come and go, but if they come when guns are around they’re a lot easier to carry out. And, as in the case in Newtown and most of our mass shootings, to carry out in a way that is made very, very high-profile by being able to kill a bunch of other people at the same time.

We have our priorities totally wrong in the United States.

The Koch-funded American Legislative Exchange Council, which brings together corporate lobbyists and Republican state legislators to write “model” legislation to introduce in Republican-controlled states on behalf of the corporations, has been doing everything they can to help out the gun industry.

As reported by Alex Kane on AlterNet, they include:

So we have this “right to guns” in America, that the Koch brothers are heavily invested in. While the rest of the developed and civilized world has granted their people universal rights to free healthcare and free education, and declared that owning a gun is a “privilege” and not a right, the Kochs have helped make sure that we’ve done the exact opposite.

We no longer have a “well-regulated militia” in this country—Jefferson lost that battle two centuries ago—and therefore there’s nobody who should have a “right” to a gun in America.

Instead of talking about “gun rights” in this country—a phrase that’s being used more and more thanks to a hard push by gun manufacturers lobbies and their bought-and-paid-for members of Congress—we should be asking who needs to own a gun. And, then limit gun ownership to only those people who can demonstrate that need.

Meanwhile, we should be looking at things that the rest of the developed world long ago determined are basic human rights—even the UN has enshrined them as such—and move toward making physical and mental healthcare free and fully accessible to all our citizens, along with a high-quality and free education from kindergarten through a PhD.

The former Charles Koch Foundation, now named Cato, is right that Israel and Switzerland are models we should look at, even though they got their facts about those countries wrong. In both countries people have rights to education and healthcare, and no right to own a gun unless they can prove they actually need one.

And it’s worked out very well for the citizens of both countries.

We should learn from—and copy—their example.

Thom Hartmann is an author and the host of a nationally syndicated daily talk show.