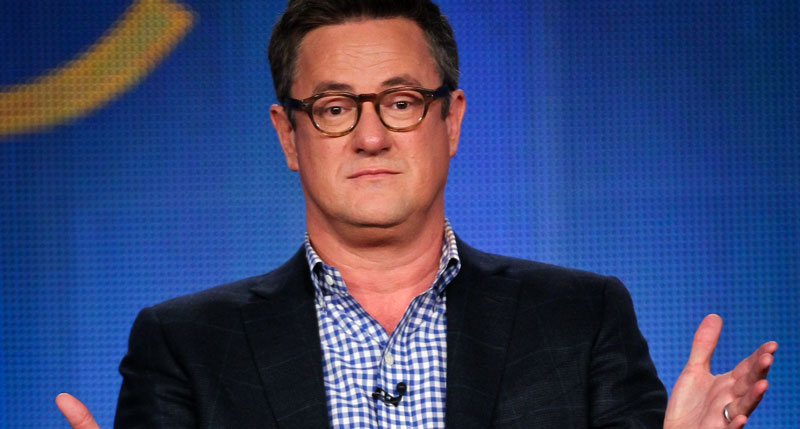 The Beltway vision of the deficit to which Scarborough adheres doesn’t need evidence, internal coherence or any other rules of discursive engagement.

Krugman, a Nobelist at Princeton who knows a thing or two about how budgets and economies work, contended that the long-term debt of the United States was of no great immediate concern and that, so long as demand remained slack and the labor market sluggish, federal deficit spending was a sensible way to promote growth.

For Scarborough, Krugman’s unexceptional explanation of basic Keynesian macroeconomics was a heretical thoughtcrime. After the show, Scarborough briskly took to his Politico column to announce that Krugman had defied “conventional wisdom across the Western world.” But that meritless claim was insufficiently sweeping for Politico’s headline writers, who titled the outburst “Paul Krugman vs. the World.”

In both instances, of course, “the world” in question is the myopic Beltway axis of media punditry, which holds that under all conditions, government must be trimmed. As Krugman pointed out in his “Morning Joe” appearance, that policy outlook makes zero sense when a nation is struggling to emerge from a recession. No ailing economy in modern history has managed to revive itself by pursuing budget austerity—as illustrated in distressingly clear detail by the worsening slumps in Britain and Spain, whose governments adopted classic neoliberal budget-slashing in response to their economic woes.

But mere empirical evidence can never penetrate the monomania of the Beltway media elite. So when Scarborough came across some richly deserved ridicule in the progressive blogosphere, he fired back with a follow-up on Politico titled “Paul Krugman economics: Deny, deny, deny!” Here our vigilant enforcer of the austerity consensus decries Krugman’s “extreme view” as fatally “at odds with liberal Keynesians” and cites as proof an Atlantic Monthly piece by Alan Blinder, a colleague of Krugman’s in Princeton’s economics department. Unfortunately, Blinder’s allegedly argument-settling thesis called not for instant and steep slashes to government spending, but said rather that the main driver of higher government costs was the out-of-control price of healthcare services. Without broadly distributed reductions in healthcare spending, Blinder said, slashing other government expenditures would make little real headway.

Here was a remarkable and revealing turn in the tedious and scripted cable battles: Scarborough’s source was arguing the exact opposite of the position Scarborough was ascribing to him. Under ordinary journalistic conventions, this would call for a correction or retraction, but the austerity cult is by now several cognitive universes removed from simple journalistic accountability. The Beltway vision of the deficit to which Scarborough adheres doesn’t need evidence, internal coherence or any other rules of discursive engagement—a position that Scarborough made monotonously clear in a highly touted, but inconclusive, live battle royale in New York with Krugman in early March. The deficit-hysteria of the Beltway set is, indeed, something close to a postmodern variation on the flat-earth faith of the 17th-century Vatican.

As economist James Crotty observes, the Beltway mindset has roots in the far Right’s resistance to the New Deal in the ’30s. Thanks to corporate-funded think tanks, political campaigns and—yes—broadcast media, the nostrums of the fringe Right of the 1930s now represent the policy mainstream. When it came to the automatic spending cuts of the sequester, “the people who fund the [right-wing] ideology [are] pretty happy,” Crotty says. “They want to privatize Social Security. They want to break the unions. They want to get the working class desperate for a job under any conditions and under any wages.”

But Joe Scarborough wants you never to forget, even for a moment, that Paul Krugman’s the one who’s being extreme.