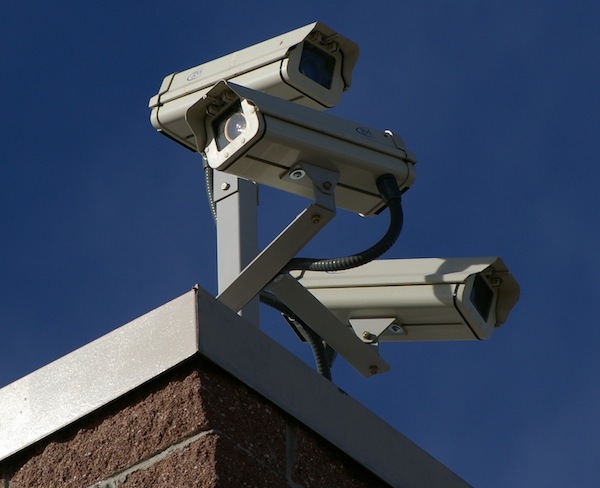 Judging by the information Snowden has leaked, the government hasn't broken any laws with its surveillance program. (Wikimedia Commons/Creative Commons)

In Defense of PRISM

By delegitimizing the government, the Left is doing the Tea Party’s dirty work.

As people who believe in government, we cannot simply assume that officials are abusing their lawfully granted responsibility and authority to defend our people from violence and harm.

Government contract employee Edward Snowden’s massive data dump of classified national security documents raises serious questions for self-identified political progressives—about the balance between government data mining and privacy rights, the line between whistleblowing and outright criminality, and the fleas you’re liable to pick up in your choice of bedfellows.

From what we know, the National Security Agency's collection of metadata on telephone and Internet records has been effective in keeping us safe. According to NSA officials, the surveillance in question has prevented at least 50 planned terror attacks against Americans, including bombings of the New York City subway system and the New York Stock Exchange. While such assertions from government officials are difficult to verify independently, the lack of attacks during the long stretch between 9/11 and the Boston Marathon bombings speaks for itself.

For better or for worse, such surveillance is also legal. Nothing in Snowden’s revelations concerning U.S. intelligence-gathering points to any systematic violation of the law other than, possibly, his own. As writer and director David Simon, creator of the HBO series The Wire, noted recently in a blog post, government monitoring of telephone calls and email traffic in itself is perfectly legal under current law. It’s only at the point when government agents want to listen to your calls or read your electronic correspondence “that law enforcement requires a full-throated argument of probable cause. It’s at that point that privacy rights must be seriously measured against the legitimate investigate [sic] needs of law enforcement. And it’s at that point that the potential for authoritarian overreach becomes significant.”

None of Snowden’s revelations thus far indicate that kind of government overreach. While the documents released provide ample evidence of data collection activities, nothing to date involves examples of actual government snooping into the contents of telephone calls, email, or other private correspondence without judicial oversight and approval.

We should do all we can to assure proper oversight any time a surveillance program of any size and scope is launched. But it helps no one, least of all those who see a role for government in leveling the playing field between concentrated privilege and the rest of us, to reflexively delegitimize the government’s efforts.

As people who believe in government, we cannot simply assume that officials are abusing their lawfully granted responsibility and authority to defend our people from violence and harm. If that’s not a proper function of government, I don’t know what is.

To be fair, some on the Left have leveled better-aimed critiques over the Snowden revelations. Lee Fang, in an excellent report in The Nation, identifies as the real scandal that’s come to light during this entire episode, that a 29-year-old, low-level IT specialist employed for three months by a private government contractor, by his own admission, “certainly had the authorities to wiretap anyone, from you, or your accountant, to a federal judge, to even the president if I had a personal email.”

After news about PRISM broke, it emerged that Snowden's official job title at Booz Allen was “infrastructure analyst,” a more senior position than initially disclosed, and that he'd held positions at the CIA and government contractors. But the fact remains that, according to a recent Bloomberg Business Week article, there are 500,000 individuals with access to government secrets employed by private firms doing business as federal contractors. Edward Snowden’s employer, Booz Allen, last year took in over $5.7 billion in billings from the federal government. Half the company’s 25,000 employees hold top-secret clearances. The greatest threat exposed through these revelations is not the danger of having too much government, but the abuses that come with having too little.

But the more the Left aids and abets the reactionary Right’s cynical critique of government, the more both sides make the case to replace collective mission and accountability with the free hand of the market. Just as with schools, healthcare and prisons, if we condemn national security agencies entirely, we’re in danger of more and more of them being run by private contractors and paid for by us.

Defense of life, freedom and property is a legitimate function of government. Carrying out that function effectively in a democratic society involves an almost continual calibration along a scale marked by civil liberties and transparency on one pole, and by expediency and stealth on the other. Finding the right alignment requires a vigilant citizenry and press as well as well as vibrant and responsive legislative and judicial branches of government.

Maintaining that balance is not furthered by completely delegitimizing the national security functions of gathering real-time intelligence and lawful surveillance or by the wholesale spilling of secrets as a first resort, or by knee-jerk support for every self-styled “whistleblower” with access to a reporter or the internet. Making the case for whistleblower status becomes all the more complicated when the leaker runs for protection (and possible debriefing) to such stalwarts of human and press freedom as China (one of “the world’s word jailers” of journalists, according to the Committee to Protect Journalists), Russia (ask members of Pussy Riot about freedom of expression under Putin), Cuba (the 9th most censored nation in the world, according to CPJ), and Ecuador, where journalists critical of the government have been killed, imprisoned, forced into exile, and fined as much as $40 million in the case of a single publication alone.

Is it possible that civil liberties, freedom of association and privacy rights might be trampled in the name of national security? Absolutely. The Church Committee hearings in the years immediately following Watergate exposed serious violations of law on the part of the military and various law enforcement and national security agencies, resulting in tougher penalties and tightened legislative, judicial and administrative oversight. The hearings were sparked, in part, by the revelations of a whistleblower, Christopher Pyle, who while serving as a Captain in army intelligence reported the existence of domestic spying operations, infiltration, and other violations of U.S. law by the military and intelligence agencies against domestic activist groups, which is in marked contrast to private contractor Snowden’s recent disclosures which involve no such trespasses.

But shouldn’t Snowden at least be given credit for starting a national conversation about the limits and reach of government surveillance? Probably not. There are plenty of ways to alert friendly members of Congress, civil liberties watchdog groups, and even organs of the press to the dangers of suspected surveillance abuses without stealing data and then dumping it wholesale—irrespective of the potential national security consequences—and running off to defect to a foreign power.

Where government officials break the law and manufacture justification for armed intervention, whistleblowers and others should call them on it. Where permitted behavior threatens to skew the alignment between expediency and liberty toward authoritarian overreach, there ought to be policy debates and corrective legislation. One significant place to start is by exposing and eliminating the turnover by the government of surveillance and intelligence, military, and IT functions to private contractors with top-secret clearances and the power of life and death. Another is to articulate plausible alternatives to clandestine surveillance that stand a chance of actually preventing the kinds of attacks that have been aimed against our families and neighbors as recently as this spring.

So, let’s be very careful about doing the Tea Party’s dirty work by running to the defense of every leaker with the inclination and means to poke a stick in the government’s eye. Every divulged secret doesn’t expose an illegality or an abuse, and every leaker isn’t a whistleblower. If progressives believe in a legitimate and necessary role for government in achieving social and economic justice, we ought to think twice before delegitimizing the government’s national security function or elevating to the rank of People’s Hero every low-level government contractor with a thumb-drive full of classified data, the ear of an ambitious journalist, and the complicity of regimes who fine, imprison and rub out public critics for offenses far less than the theft and disclosure of national security secrets.

Note: This piece has been updated with additional details of Snowden's job history and position at Booz Allen.