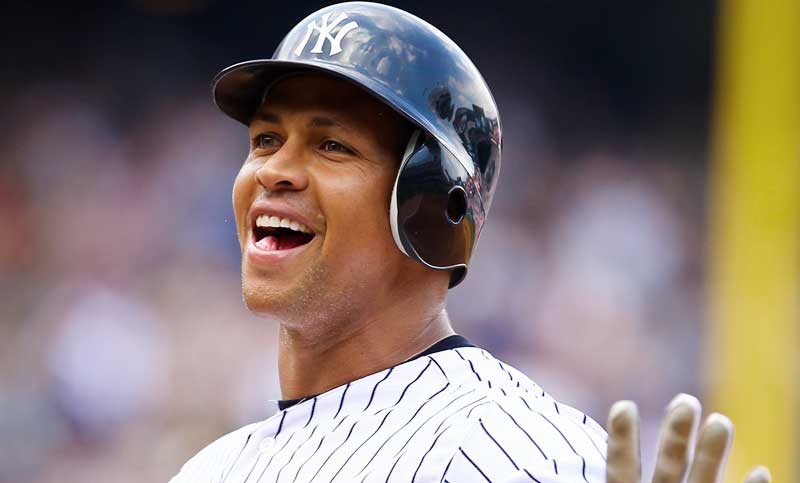 Alex Rodriguez has doped, and may be a dope, but he is also a worker under attack.

In defense of Alex Rodriguez.

Distaste aside, there’s a socialist case for being in A-Rod’s corner. The question comes down to who’s going to pay for the proliferation of drugs in sports—players or owners.

There’s a special circle in hell reserved for contrarians, another for Alex Rodriguez. The Yankees third baseman is facing a possible 211-game ban for the use of performance-enhancing drugs. Booed at times even when playing at home in the Bronx, A-Rod doesn’t seem to have many friends nowadays. Except for me.

When Rodriguez came up as a shortstop for the Seattle Mariners, he had it all—power, skill and speed. He seemed destined to be the finest infielder since the dead-ball era’s Honus Wagner. During the steroid tarnished early 2000s, there was hope that someone like him could best Barry Bonds as home run King and help put that dark period behind us.

In 2002, he hit a career-high 57 home runs, and in 2003 he won MVP. So it was disappointing to find out in 2009 that A-Rod had also been doping. He admitted to the usage, and was somewhat forgiven, only to be embroiled in a new drug scandal this year, along with former National League MVP Ryan Braun and a host of lesser players.

Since then, fans have witnessed a bizarre battle between Major League Baseball, the Yankees organization and A-Rod’s legal team. Facing the cameras every day, Rodriguez gives cagey interviews, smiling through it all, slickly evading questions.

Not that he hasn’t always been off-putting. He sported frosted tips for years, donates to Republican candidates and is a partner in a reportedly sleazy housing management company. Unlike Bonds, he has no loyal base of support, no feel for how to play the anti-hero. He wants to be loved. It’s uncomfortable to watch.

Distaste aside, there’s a socialist case for being in A-Rod’s corner. The question comes down to who’s going to pay for the proliferation of drugs in sports—players or owners. Baseball owners profited far more from the home-run era than players did. Between 1997 and 2006, the average value of an MLB team shot up 222 percent, and attendance and merchandise sales soared. The pastoral, almost pre-capitalist, spirit of baseball was never as well-suited for the neoliberal era as, say, the intense, short seasons of the NFL. But smaller ballparks and PED-fueled players temporarily helped the sport keep up.

When A-Rod signed a 10-year, $252 million deal in 2000, there was no Major League drug-testing policy. The lack of rules encouraged players to risk their health to gain a competitive edge. But the poster boys for this climate, athletes like Bonds and Rodriguez, aren’t the real face of performance-enhancing drugs. Young Dominican players—fudging their birth certificates, sacrificing their health by taking steroids for a chance to escape poverty—are. Minor leaguers and career benchwarmers one bad spring training away from losing their spot on professional rosters are. It’s because of these people that defending A-Rod rises beyond sentimentalism for a talented jerk.

We don’t know if the well-rewarded were under the same pressure to dope, but when Major League Baseball slaps Alex Rodriguez with a suspension of unheard-of length, it’s not just one player under attack, it’s a whole class of athletes. And it sets a precedent. The injustice is clear: the Steinbrenner family doesn’t have to return the millions they made during the steroid era, but with a public backlash in sight, Rodriguez’s suspension would save the Yankees’ owners millions.

Now, professional baseball doesn’t quite fit as tightly into the labor-capital dialectic as we might think.  Athletes like Rodriguez and Braun are closer to petty-proprietor cartel members than true proletarians, but the fact remains that player unions are some of the most visible showcases of collective organizing in American culture.

Many other major leaguers, to their credit, seem to recognize the importance of this history, whatever their personal distaste for Rodriguez himself. Responding to an ESPN Magazine survey, one All-Star pitcher said, “We’re family. We all fight together for one cause and, like it or not with what he did, there’s a basic agreement. You start giving into stuff like that, and we become weaker.” Another player echoed his comments, “We collectively bargained for that right, and I would want it myself.”

When it comes down to it, this is a battle between a union member fighting an appeal and a rentier like Hank Steinbrenner. And I know which side I am on.