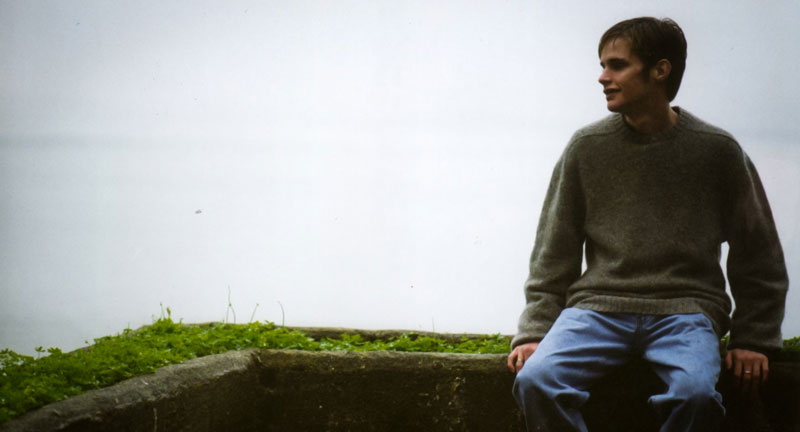 Matthew Shephard was brutally murdered in 1998. The few existing photographs of him have become iconic. (matthewshephard.org)

Why, despite the penumbra of doubt around the case since the very beginning, was Shepard’s death was originally deployed the way it was? We must not only rethink this as a hate crime, but also consider how uncomplicated the notion of 'hate' has been rendered.

It’s no coincidence that Stephen Jimenez’s explosive new book about Matthew Shepard is titled The Book of Matt. Brutally murdered on Oct. 6, 1998, Shepard was found severely beaten and tied up in the style of a crucifixion. Or so the story goes, in a narrative that has taken on Biblical resonances: On that fateful day, Shepard, a 21-year-old gay man, walked into a bar in Laramie, Wyo. There, he met two men, Aaron McKinney and Russell Henderson, both also 21, and left the bar with them. One detail about the men’s time in the bar has endured: While Shepard paid his bill like anyone else, the other two had to pay for their drinks with a cascade of coins.

Once alone with him, the two proceeded to rob Shepard, and McKinney beat him up in what was supposed to be a fit of homophobic rage. The fable continues in a classically American trajectory of redemption: The case brought national and international attention to hate crimes and homophobia; at the last minute, Shepard’s parents dramatically rejected the death penalty in an astonishing act of mercy; the nation’s sorrow was healed, and Matthew, as he would come to be known, would gain saintly status as a martyr whose last name and final pose recalled Jesus.

But in fact, according to Jimenez, Shepard was never crucified but found slumped almost to the ground. That’s one of the many ways in which his book, subtitled Hidden Truths About the Murder of Matthew Shepard, aims to de-mythologize the story of Shepard’s murder.

The Book of Matt advances several controversial claims: that Shepard was not only a drug user but a dealer, that the intended robbery that night was not for a mere $20 but for thousands of dollars of meth that McKinney believed Shepard was carrying on a drug run, that Shepard and McKinney were not simply acquaintances but sexual partners, and that Shepard exchanged sex for drugs. To assemble this account, Jimenez relied on interviews with several key players, including the prosecutor and detective on the case; Shepard’s best friend, his lover and his family; and McKinney and Henderson themselves.

Jimenez takes pains to note throughout the book that no matter what led up to the murder, the event was still horrific. And the end result of his retelling is not to demonize Matthew Shepard—Jimenez is himself gay—but to point out that he was human.

Nonetheless, the book will no doubt cause an uproar. Jimenez’s claims will surely be checked and rechecked. (A rebuttal published by Media Matters for America, for instance, asserts that the premise that McKinney and Shephard had a sexual relationship is based on “anonymous or simply unreliable sources”). The Matthew Shepard Foundation, founded by Shephard’s parents, has only issued a terse statement: “We do not respond to innuendo, rumor or conspiracy theories. Instead we remain committed to honoring Matthew's memory, and refuse to be intimidated by those who seek to tarnish it.”

Ultimately, the issue is not whether or not Jimenez’s research holds up.

The more interesting question is why, despite the penumbra of doubt around the case since the very beginning, Shepard’s death was originally deployed the way it was. One answer is because Bill Clinton, in the midst of the Lewinsky scandal, desperately needed to take the spotlight off himself. But there’s a larger point here: We must not only rethink this as a hate crime, but also consider how uncomplicated the notion of “hate” has been rendered.

In that vein, Jimenez’s analysis doesn’t go far enough. Of the aftermath of the killing and the attention it received, he writes, “There’s no doubt that the violence inflicted on Matthew triggered a national awakening about the harsh realities of anti-gay hate.”

But what exactly have we learned about these “harsh realities”? Over the intervening years, the conversation around anti-gay violence has become tied to identity alone, stripped of any systemic analysis of its origins. A growing attention to trans murders, for instance, has only meant a familiar call for more sentencing and an insistence that trans people are killed “for who they are.” But the truth is that trans people are made vulnerable to violence because they’re compelled to take to dangerous street work—sex work, drug peddling and other activities deemed illegal by the state—because of their lack of access to healthcare and employment.

After his murder, Matthew Shepard’s name became shorthand for a federal hate crime bill. Few bother to call by its full name: the Matthew Shepard and James Byrd Jr. Hate Crimes Prevention Act, signed into law by President Obama in 2009. James Byrd Jr. was a Black man captured by white supremacists in 1998 and dragged until he was decapitated by the force of the road hitting his body.

One of his killers, Lawrence Russell Brewer, was executed on the same day as Troy Davis. While millions cried out against the execution of someone they were convinced was innocent, no one cared enough about the brutality of the death penalty against a man whose guilt was crystal clear. Among the few who protested the killing of Brewer was Ross Byrd, the son of James Byrd Jr., whose work with the Murder Victims’ Families for Reconciliation, an organization against capital punishment, is mostly unnoticed.

In the annals of vengeance disguised as justice, the point, it seemed, was not to condemn the murders committed by the state, but to celebrate innocence. Likewise, the narrative about Shepard’s death, haunted by the poignant photos of his melancholy-but–beautiful, young, white face, proved sadly fortuitous for a culture better at exacting revenge than wrangling with how to create conditions that don’t drive people to desperation, or how to fully comprehend what drives people to engage in acts of vicious brutality. In the drama of good and evil that undergirds America’s vast prison-industrial complex, there are only corrupt villains and innocent victims.

Which is why Jimenez’s book, and his deconstruction of the Matthew Shephard fable, is more than a tawdry exposé . So much about the Shepard case has hinged upon his whiteness, his exceptionalism and his innocence that unraveling that story threatens our very narrative about crime and punishment. If we can no longer soothe ourselves with a story about innocence lost and then restored, then we have to start thinking about what justice really looks like, even for people we may not sympathize with, who are not martyrs—like Black men, who constitute a massive proportion of the prison population and most of whom are there for “crimes” far less serious than drug-running.

According to Jimenez, Shepard’s parents turned down a capital punishment trial because it would reveal too much about their son. For example, that he was arrested for molesting two eight year old boys when he was 15. In any case, there is no mercy in sentencing two men to languish in jail for the rest of their lives.

What good does it do us to remember the dead in heroic terms and lock away living prisoners in a hell of our own making?

Yasmin Nair is a writer and activist based in Uptown, Chicago. She's a co-founder of the radical queer editorial collective Against Equality and the Volunteer Policy Director of Gender JUST. Her writing can be found at www.yasminnair.net.