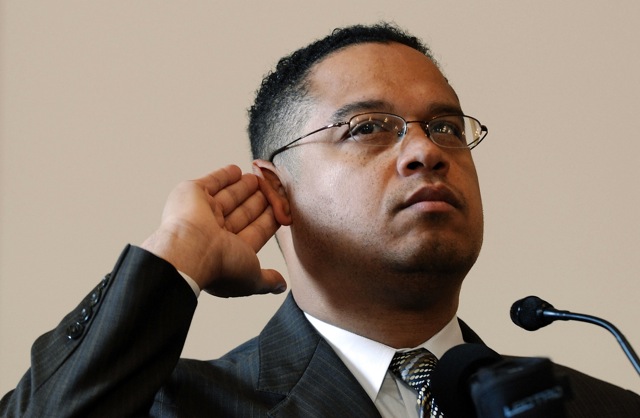 We need to get much more organized on the democratic side of the divide in the Democratic Party. We may not be in a position for million-dollar media buys, but we can field tens of thousands of new organizers.

With Congressional elections in 2014, it’s time we get serious about electoral politics. Strategic decisions must be made, resources assembled, alliances forged and forces deployed in the most critical terrains.

No progressive measures will see the light of day until the right-wing cabal in Congress is crushed at the polls. This is not to say it will be easy or that all Democrats are sweetness and light. People are not energized by “neoliberalism lite.” But we have to start somewhere in getting the spanner out of the works and the boots of the super-rich off our necks. To defeat as many Republicans as we can in the next round is a fine place to begin.

The first difficulties to overcome will be internal. The Democratic Party is not a unified force. In Congress, they divide into major clusters, from the Progressive Democrats of America (PDA) and Congressional Progressive Caucus (CPC) on the left, then proceeding rightward through the Old New Dealers backed by the AFL-CIO and Campaign for America’s Future, to the Clintonite New Democrats, to the shrinking Blue Dogs.

But the fault line here is between the Democratic advocates of global and finance capital, and everyone else. This is nowhere clearer than in Chicago, where Mayor Rahm Emanuel is part of the problem, not the solution.

Victory at the polls will come from below, from communities of color, from unions and from a broad majority of women and youth. Given the GOP’s “War on Women,” its efforts to crush young people with student debt, and its opposition to jobs programs and a higher minimum wage, these constituencies are ripe for organization. Yes, these factors existed in 2012, but their anger has only been intensified by the Right’s escalation of its offensive.

Pulling disparate left, progressive and center forces together is hard. Elected officials pay attention to three things— organized money, organized voters and organized good ideas, in the form of a platform that can unite a majority. The Left may be lacking in the first, save for union coffers, but it can make that up with the other two. We need to get much more organized on the democratic side of the divide in the Democratic Party. We may not be in a position for million-dollar media buys, but we can field tens of thousands of new organizers.

We need to multiply and grow the PDA, the Wellstone Clubs or similar groups in every congressional district. We need to form working alliances with local labor councils, civil rights groups, women’s groups, student and youth organizations, and peace and justice groups. A well-trained “gathering of the tribes” can turn out the voters to take down candidates on the GOP Right and, where we can, elect candidates who will expand the CPC on the Left. In some cases, the regular Democrats will help this effort; in others, they will drag their feet. In any case, our motto needs to be, “Lead, follow or get out of the way.”

The platform is on the table. The CPC’s Back to Work Budget and the Green Party’s Green New Deal. The Afghan war can be ended. Student debt can be swapped for public service. State banks can replace the “too big to fail” banksters, and the Robin Hood Tax can recover the wealth needed to fund it all. We know what needs to be done, and there is a popular base to support it. What we need now is political will, unity and commitment.