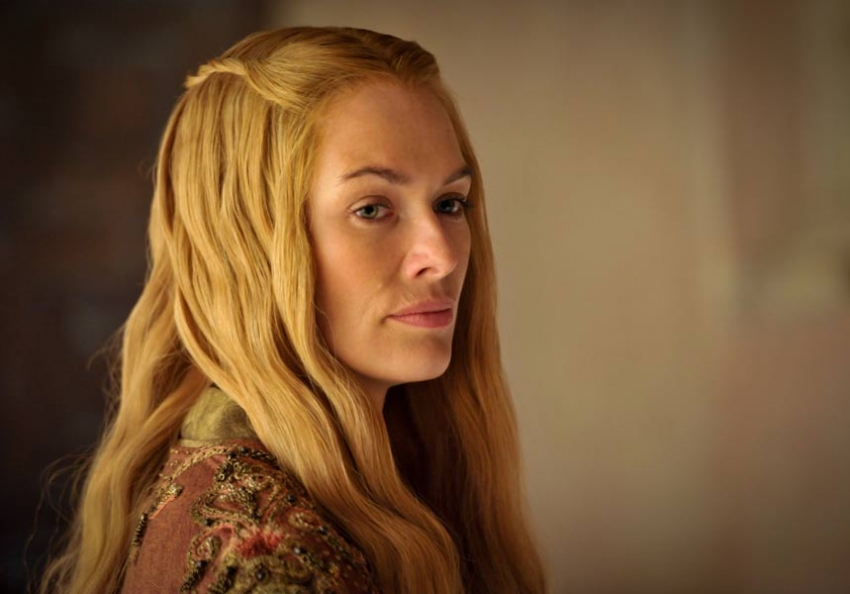 In the fourth season of Game of Thrones, Cersei (Lena Headey) is raped by her brother. Neil Davidson/HBO

Dimwits and the Dark Ages

When television series like Game of Thrones sexualize rape, portray women as nameless sex objects, and send ambiguous signals about consent, they reinforce our rape culture.

In the very first episode of the HBO television series Game of Thrones, Daenerys “Dany” Targaryen—one of the series’ most beloved protagonists—is raped on her wedding night by her husband, Khal Drogo, to whom she has been “given” as part of a political alliance. Dany stands on a shoreline, shivering and crying, while Drogo circles her, assesses her, then rapes her. In the second episode, he rapes her again. By the third episode, they’re in love, and oddly enough, the rapes don’t seem to have at all hampered the evolution of their relationship.

Game of Thrones takes place in Westeros, a medieval era-inspired fantasy land where slavery is common, women are subjugated to their husbands, and brothels are a major feature of the economy. The show is closely based on the A Song of Ice and Fire book series by George R.R. Martin, now an executive producer for the TV series. Dany’s rape was a plot departure from Martin’s book, in which the corresponding scene is tender and conspicuously consensual—Drogo asks for her consent and waits for her to say “yes.” Martin defended the adaptation of wedding sex into wedding rape by stating (inaccurately) that, “In a medieval society, there was no such thing as marital rape … I am not endorsing it, mind you, but let me make it clear here: I am glad we have evolved to the point that we have, but I am not writing about 21st-century America.”

In the fourth season of Game of Thrones, which premiered in April, main character Jaime Lannister rapes his sister, Cersei, his longtime incestuous lover. This was, once again, a departure from a corresponding consensual sex scene in the book series, which seemed particularly strange because the scene didn’t fit Jaime’s character arc. In both the book and TV series, Jaime is a once-bad boy in the process of atonement and awakening, yet in the episodes following the rape scene, Jaime continues unhindered on the path of redemption, as though the rape were a mere blip. TV critics at publications from the Washington Post to the AV Club, Forbes and the Atlantic noted that the discordant scene showed that the series’ gratuitous sexual violence was affecting its cohesion and quality.

Game of Thrones’ propensity for violent sexual content with little plot purpose has prompted media critics to coin terms like “gore-ing the lily” and “sexposition.” Throughout the four seasons, the show’s creators have added a number of sex scenes that weren’t in the book, including long, prominent scenes where female prostitutes are raped, tortured or abused with titillating, porn-like camera framing. Executive producer D.B. Weiss defended these scenes in a 2011 Daily Beast interview with a version of Martin’s Dany-wedding-rape defense. “These horrible things are definitely pervasive [in Westeros],” he said. “We felt that shying away from these things would be doing a disservice to the reality and groundedness of George’s vision.”

Critics and fans alike have repeated this “But … the Dark Ages!” line. “It’s important to note the difference between depicting misogyny and endorsing misogyny. … Westeros is not a modern or progressive world,” Atlantic entertainment editor Scott Meslow wrote in 2011. A commenter on a Forbes.com story about the Jaime/Cersei rape scene explained, “This is a fantasy world inspired by medieval times, where the stuff we get offended at now were [sic] commonplace.”

But regardless of how “commonplace” sexual violence may have been in medieval times, the sex scenes in Game of Thrones are written, acted, directed and edited by men and women in the 21st century, and one need only consult 1950s Westerns or 1970s-era sci-fi for reminders that portrayals of different times or fantasy worlds reveal much about when they were made.

Alex Graves, the director of the Jaime/Cersei rape scene, denied that the (truly unambiguous) scene was a rape, telling reporters it was “consensual by the end.” Graves’ attitudes about sex and rape—which influence how he films it—are a product of American culture, not Westeros culture. Here in the United States, 1 in 5 women report having been raped at some time in their lives, and 97 percent of rapists do not serve any time for their crime.

Absolving Game of Thrones’ creators of their own creations by pointing to the Westeros setting isn’t just circular—as they themselves created the setting—it’s also an intellectualized way of dismissing legitimate critiques. The Dark Ages defense conveniently ignores that the critiques aren’t at all about the “facts” of the fictional Westeros society or even about the merits of portraying rape, torture, and violence per se; they’re about how these are contextualized and framed. When Jaime becomes a rapist with zero impact on his subsequent characterization, or when a roster of highly attractive prostitutes are tortured in a scene’s background—their pain filmed as ornamental and secondary—this sends specific messages about sexual violence.

Katherine Don is a freelance writer and editor based in Chicago. She edits books at The Book Don and tweets about books, reproductive justice, and the media @KatDon1.