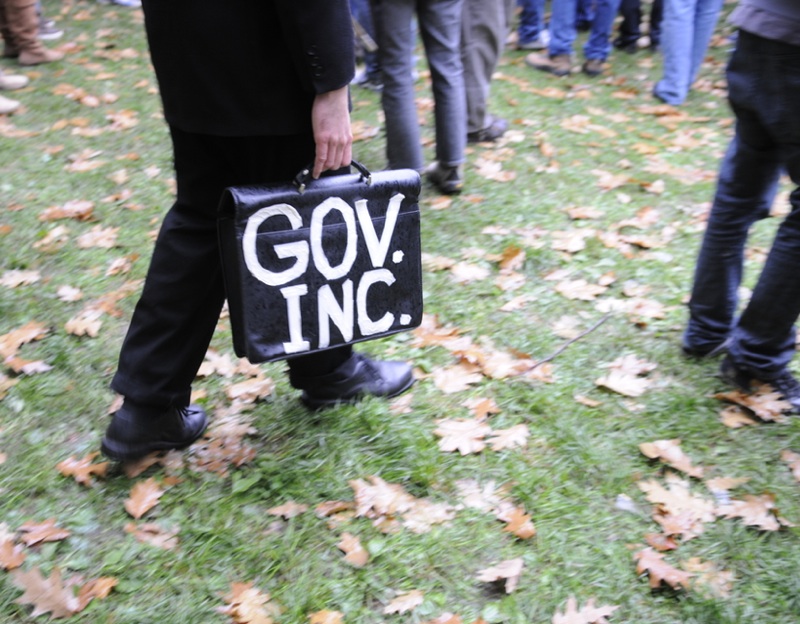 Nobody Here But Us Chickens

Conventional wisdom holds that members of this gazillionaire donor class are simply players in our pluralistic democracy, part of the natural order—in the same way that ticks are part of the forest ecosystem.

In this month’s In These Times cover story, Cole Stangler reports that the Supreme Court in McCutcheon v. FEC continues to hand over the reins of democratic government to America’s oligarchs.

The corrosive effect of billions of dollars in private money sloshing around our public elections is undeniable. Yet it’s hard for reformers to come up with concrete examples of cash-and-carry legislation. Those who engage in such corruption are aided and abetted by the best think tanks and media outlets money can buy. Consequently conventional wisdom holds that members of this gazillionaire donor class are simply players in our pluralistic democracy, part of the natural order—in the same way that ticks are part of the forest ecosystem. Bribery is a crime. And ain’t nobody here but us law abiding citizens.

In May 2013, Obama appointed Tom Wheeler to chair the Federal Communications Commission (FCC). In April, it was reported that the FCC plans to gut net neutrality and allow Internet service providers to open special fast lanes. For a premium price, giant content providers such as Google’s YouTube could use these digital expressways to provide customers with faster service than that of their less-wealthy competitors.

Wheeler is the former head of—and major lobbyist for—what was then called the National Cable Television Association and the Cellular Telecommunications & Internet Association, two trade groups whose members are set to become Internet tollbooth operators. Wheeler is also the man who raised more than $500,000 in bundled contributions for the president’s 2012 re-election campaign.

In January 2013, Obama nominated Mary Jo White as the new chair of the Securities and Exchange Commission (SEC). Last November, White decided not to include corporate political spending disclosure on the SEC’s 2014 list of priorities. (It had been on the 2013 list.)

For 11 years prior to taking the leash of the nation’s top financial watchdog—or is that lapdog?—White was a head of litigation at Debevoise & Plimpton, where she represented banking giants such as UBS, JPMorgan Chase and Morgan Stanley. Thanks to White’s revised SEC priorities, her former clients can continue to hide how much they spend on whom.

Then there is Secretary of Agriculture Tom Vilsack. When Obama nominated him in 2008, industrial agribusiness endorsed his selection. The Organic Consumers Association, however, came out in opposition, citing Vilsack’s advocacy of corporate farming and steadfast support for genetically engineered crops. In 2001, when he was governor of Iowa, the Biotechnology Industry Organization named him Governor of the Year. Four years later, he signed legislation that stripped Iowa communities of their ability to regulate where GMO crops could be planted.

Currently Vilsack’s USDA is seeking to disempower the National Organic Standards Board, the public-private body created by the Organic Foods Production Act of 1990 to police the organic industry.

Apparently, the arc of the Obama administration does not bend towards justice, but rather bows to the masters of consolidated corporate capital.