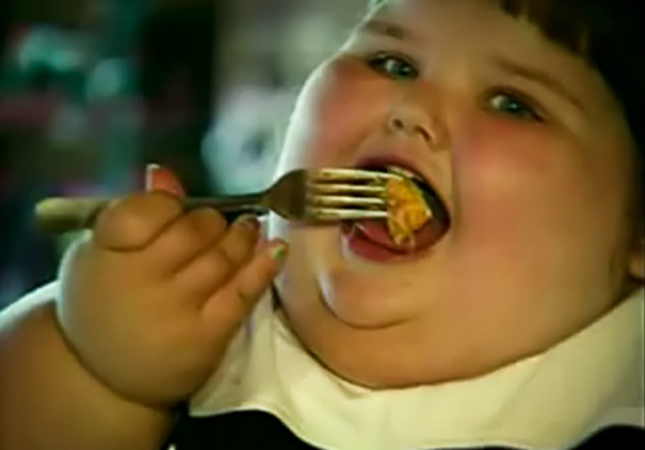 Propaganda invites you to see the West's 'war against the mind' with 'your own eyes.' (Image from Propaganda)

Clearly, Martinov's screed is propaganda about propaganda—which means, by his definition, a tissue of lies posturing as other lies, about an entire raft of other lies. But also mostly true.

New to DVD, Propaganda became a minor source of controversy when it appeared on the Internet in 2013, after some news outlets (including In These Times) took it for what it purported to be: a North Korean anti-West propaganda film.

It's not. Propaganda is actually a “mockumentary,” as far as that term goes, the work of New Zealand filmmaker Slavko Martinov. A sneakily deft contrivance, Propaganda is for the most part a shoot-the-wounded torrent of anti-imperialist factoids, presented by an identity-besmudged “spy,” along with very real news footage. Any Chomskian will be familiar with the basic narrative here, running from the dog days of colonialism to American interventions in the postwar decades to the contemporary crimes in Iraq and Afghanistan. (Chomsky is, in fact, quoted several times.)

The film's primary focus is the “manufacture of consent”—how publicity, advertising, political lies and distraction culture anesthetize Americans and enable the 1% to exercise their imperialist will. The point of view is sympathetic to Americans—the film's Korean perspective sees us as victims.

It's worth watching, particularly for those who may not ordinarily see the forest for the dazzling propaganda trees Martinov offers up, from Bush II photo ops to iPhone promotions to football pageantry to Kim Kardashian. The cataract of all-American consumer-culture bullshit is daunting, though it presents a more pervasive societal desolation than this 96-minute found-footage assemblage can handle. It also allows the filmmaker no limits on his own self-indulgence: Martinov's DIY cheap shots—“This man clearly enjoys killing people,” the narration intones as the film cuts from bombed Iraqi children to Bush's grin, etc.—get a pass because of the film's DPRK-agitprop disguise.

As politics, the film is crude but righteous, even laying out the facts of dynasty père Prescott Bush's affiliations with the Third Reich and his support for eugenics. As it veers toward excoriating Israeli aggression, you may decide for yourself how much is serious critique and how much is Dear Leader satire.

“Prepare for indoctrination!” the ad copy hollers. The fun to be had with Propaganda begins with agreeing with its assertions (most of them, anyway), and then with pondering the textual existentiality of propaganda itself. Clearly, Martinov's screed is propaganda about propaganda—which means, by his definition, a tissue of lies posturing as other lies, about an entire raft of other lies. But also mostly true.

Most of us reflexively define propaganda as any public media with a persuasive agenda, whether or not it lies, but this is as vague an umbrella as Martinov's. Were it up to me, I'd always prefer to categorize propaganda as state- or corporate-created political media, directed from the powerful to the powerless. The corporate media coverage of the Iraq invasion, starting the evening of March 20, 2003, would certainly qualify, as would any GE or DuPont TV ad. Anything directed upward should be labeled activism. You know whence it has come, and why. Of course, as in the case of the CIA's clandestine role as producers of the homogenized 1955 animated version of George Orwell's Animal Farm, you have to be certain of provenance in order to make the call.

All definitions are also pejorative; we presume propaganda is the truth run through a Play-Doh Fun Machine. But even state-born agitprop can be accurate and resonant—mid-century Soviet animations, for example, made scalding indictments of American capitalist inequity and racial injustice that were no less profound for being absolute Politburo cant. Is “propaganda” even a meaningful quarantine, or do we require something more nuanced?

Media tells us how to watch it, until it doesn't (the passage of time turns most propaganda, from Eisenstein to the duck-and-cover PSAs of 1950s America, into hopeful, ridiculous kitsch), and Martinov's shaggy tirade does its best work under the surface, expressing how slippery the categories we take for granted actually are. Which is of course how modern propaganda has come to work—by not allowing us to locate it, because it is everything.