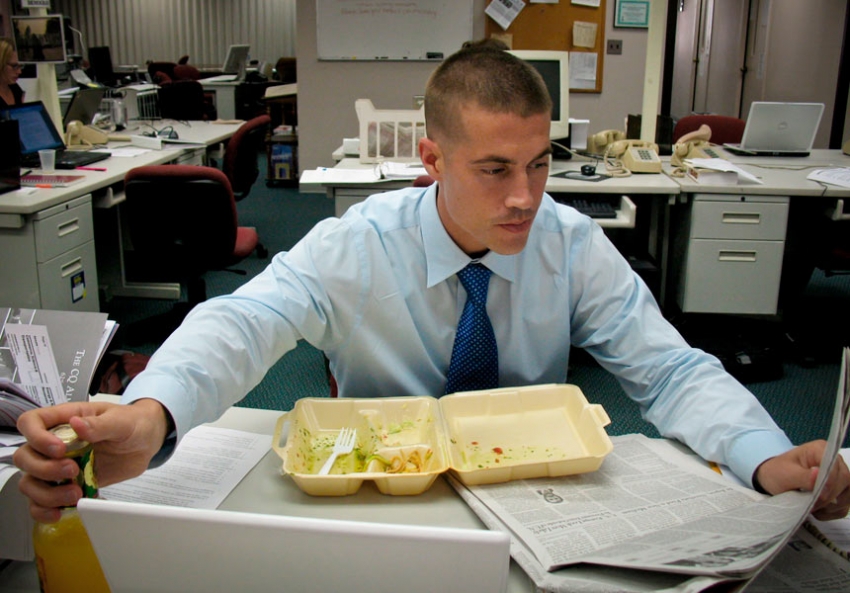 The James Foley I Knew

A great journalist, a better friend.

'Jim chose an uncertain path fully aware of the risks. But he wasn’t one to complain: Nothing he did was about money or fame.'

Since his brutal murder at the hands of militants from the Islamic State (also known as ISIS) in August, James Foley has been memorialized as an exemplary journalist who conquered fear to cover the stories that most people run from, in places like Afghanistan, Iraq, Libya and Syria. He was certainly that. But when I remember Jim, he’s in our Washington, D.C., apartment, headphones on, head down, pushing thoughts onto paper.

This was fall 2007, when we were finishing up our journalism degrees at Northwestern University’s Medill School, covering national security in the program’s Washington newsroom. At our apartment, he’d play his favorite hip-hop records for inspiration. I always loved his dual nature: Jim was very social, as all reporters must be, but also solitary. I never asked to read Jim’s creative writing, not wanting to intrude on his privacy, even as I admired his focused intensity from down the hall. He had earned an MFA in creative writing years earlier.

Jim packed a lot into his 40 years. Above all, he sought work that mattered. He had spent years teaching the disadvantaged—both elementary students in Phoenix, Arizona, and convicts in a Cook County Sheriff’s boot camp program in Chicago that aims to reduce recidivism by offering an alternative to incarceration. Journalism allowed him to marry his storytelling talents and social conscience. By his early thirties, when I met him, he was ready to walk the path he would travel for the rest of his life, as a reporter in conflict zones. That fall in Washington, we took a weekend-long hostile-environment training course for journalists. Unlike the rest of us, Jim eventually took advantage of what we learned about tourniquets and ducking and covering. Heading into war zones on his own offered Jim a chance to find work in an era of vanishing foreign news bureaus increasingly reliant on freelancers. A flak jacket and helmet became his uniform.

By spring 2008 Jim was in Iraq, embedded with an Indiana National Guard unit. He wrote a story for In These Times, where I worked as an editor, about condolence payments paid by the U.S. military to Iraqis grieving the death of loved ones accidentally killed by U.S. forces. From Afghanistan in 2009, he wrote an excellent up-close report on the country’s deeply fraudulent national election, published on InTheseTimes.com. There was no shortage of wars to cover, unfortunately. But that didn’t mean freelance work was steady. In December 2011 he wrote in an email to me: “Looking for work right now. Still thinking Middle East, but also a transfer to Latin America at some point.” February 2012: “Headed back to Libya… Hoping to get a few freelance gigs there, and I mean a few, and hopefully keep working through May.”

Jim chose an uncertain path fully aware of the risks. But he wasn’t one to complain: Nothing he did was about money or fame. He wasn’t looking to parlay clips from war zones into a plum gig back home. In fact, he walked away from an editing job offered by GlobalPost, the Boston-based international news organization for which he freelanced. That was after Libyan forces loyal to Muammar Gaddafi captured and imprisoned him for 44 days in 2011.

When I saw Jim in Chicago a few weeks after his release, he was torn between heading back to Libya and taking the job at GlobalPost. I told him what I thought—take the job, rest easy, be with your family. He lasted only a few months, hungry to get back to Libya.

By the middle of 2012, he was in Syria. The dangers were considerable. They are for anyone in a war zone, but especially for reporters covering the fractious and volatile conflict in Syria, which that year became the most dangerous country in the world for journalists, according to the Committee to Protect Journalists. It was his awful misfortune to be kidnapped on Thanksgiving Day in 2012 by militants who would go on to embrace a totalitarian vision of a pure Islamic state in the heart of the Middle East. The stories that have emerged of him raising the spirits of fellow prisoners during nearly two years of captivity do not surprise me. His charisma—including a mischievous wit that put everyone at ease—survived cruelties we can only imagine.

For years, Jim collected his foreign dispatches on a website titled “A World of Troubles.” When he first sent me the link to it, in 2008, part of me found the name slightly melodramatic. But now, mindful of all the wars he covered and captivities he endured, I realize he saw the world more clearly than I did—more clearly than most people. But he never looked away. We must honor his memory by doing the same.