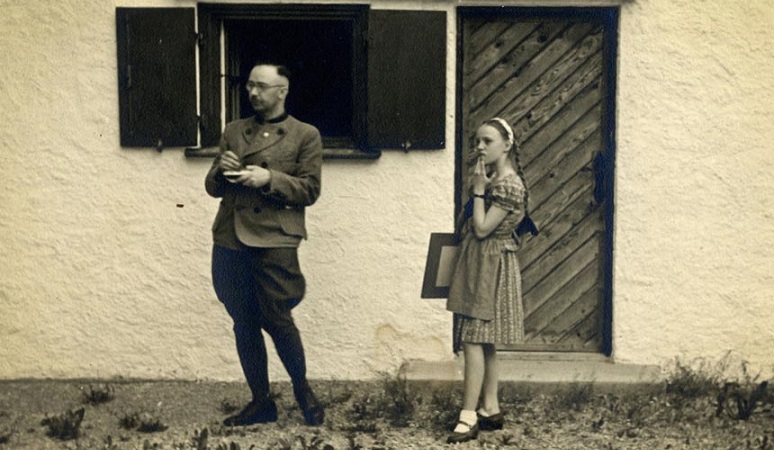 Portrait of a Husband, Father and Genocidal Butcher

How did human juggernauts like Himmler germinate? How did they accommodate the apparent contradictions between devoted family life and genocide? What could their inner life have been like?

The Decent One, Vanessa Lapa’s new doc about über-Nazi Heinrich Himmler, had a simple precipitant: a cache of personal letters, diaries and photos from the Himmler family, long secreted in private collections in Israel and recently brought to light. The compulsion to plumb this material is understandable and lies at the center of Lapa’s film: How did human juggernauts like Himmler germinate? How did they accommodate the apparent contradictions between devoted family life and genocide? What could their inner life have been like?

Himmler, one of the half-dozen most famous and historicized figures of the Third Reich, a man bearing much if not most of the responsibility for killing some 11 million civilians, was also just a fellow, a father and husband, a somewhat dweeby, old-fashioned German citizen with a chip on his shoulder and a penchant for patriotic ire. How could a man so ordinary and even typical have wreaked so much malevolent destruction?

It’s the lingering question of the Nazi legacy, and one that’s probably unanswerable, which doesn’t mean we will ever stop asking. In the Ken Burns mode, The Decent One (the title refers to Himmler’s belief in himself ) uses mountains of archival footage of Himmler and Germany while the letters and diaries are read aloud by actors. The upshot is essentially an oral history of Himmler’s private life. We follow him through childhood and adolescence, when already he’s grousing about Russian “vermin” and how much his classmates dislike him. The more we hear Himmler’s words and see his pouty mug in footage, the more he comes across as the nerdiest of the Nazi über-monsters, and his career as the revenge of the bullied, bespectacled fusspot.

Certainly, he never needed Hitler to instill in him a hatred for Jews and a hankering for racial purity. He rises in the Party, marries, exchanges mushy and even racy letters with his wife, Margarete, and dotes on his daughter, Gudrun, at one point admonishing the 11-year-old, in 1941, to “be kind,” around the same time he was constructing concentration camps. This is exactly the kind of head-slapping disjuncture Lapa focuses on, giving the film a strange, almost dissociative air. The vast amounts of history Himmler was making—running the SS, fighting the war, arranging the Final Solution, plotting to expand Germany’s borders deep into Russia—are left out, because no one wrote in detail about these things in letters. Instead, while millions die off-screen, Papa Himmler canoodles and coos.

At first, Lapa’s lack of editorializing and her decision to not muddy the Himmler family’s point of view with opposing voices seem troubling. A demented neo-Nazi today could watch The Decent One and find it rousing, powerful and full of truth. That is, until somewhere in the middle, when Lapa’s montage juxtapositions begin to saturate with irony. A letter featuring an anti-homosexual diatribe is read over hilarious imagery of shirtless Nazi hunks exercising, while trivial family correspondence circa 1942 gets paired with footage of mass executions and burial. The condemnation is sealed, however subtly, when the Himmler family’s joy over gifts “found” by the Reichsführer-SS is illustrated with film of plundered Jewish suitcases, their owners sent to the camps Himmler himself designed.

In the end, Himmler remains necessarily a mystery. Whether there is much to gain from considering the domestic bliss of genocidal butchers is an open question; all we know for sure is that they find ways to live with themselves, and those ways look from the outside like madness. These two opposing modes of living, at this extreme, don’t match up for us in any coherent way.

Which is just another way of saying that the Nazi project remains, and will likely always be, too huge and too mind-bogglingly awful to “cohere” with what we think of as normal life. But, one wonders, what about at less extreme levels? Should we be having the same decoherence about leaders, such as many U.S. presidents, who have killed merely hundreds of thousands, or tens of thousands, in the process of self-serving aggression?