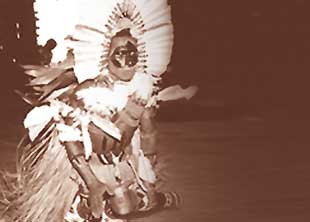 The delicate jingling of many small bells. The crunch of footsteps on bare ground. A quiet car passing. Sheep begin to bleat. In Gragnana, Italy, a shepherd leads his flock of 50 from the Tuscan hills back to the farm. After their arrival, church bells sound the evening hour.

Steven Feld, in his documentary soundscape series The Time of Bells, brings European history alive as bells of all kinds—from animals, churches, bicycles, carnivals—form the raw material for short aural essays about particular places. “I work with time and space in order to tell a story about time and space,” says Feld. “In this case they’re historical stories that are also contemporary. They are stories about power and authority—the authority of ringing the hours. They are pieces that question the state and the church as institutions, and how bells figure in protest and disruption and carnival and play. How the bells make communities audible, and ring the boundaries of the commons. How the history of private land and public land is rung out by the sound of animals moving through those lands.”

Feld’s recordings are to radio journalism what cinéma vérité is to TV documentary. Like an observational filmmaker, Feld wears light, mobile recording equipment and moves around to capture multiple spatial perspectives that he then edits together. Rather than directly narrating, these pieces draw the listener into the landscape. Feld’s liner notes identify the who, what, where, when and how of the recordings, but it is the unmitigated experience of the compositions themselves that most stimulates one’s attention, allowing listeners to create their own visual accompaniment.

Feld has been working on acoustic ecology—the relationship between human beings and their sonic environments—for more than 25 years. In the mid-’70s, Feld studied for a year with visual anthropologist and cinéma vérité pioneer Jean Rouch. During the ’80s, he made a name for himself as an anthropologist, working among the Kaluli of Papua New Guinea and exploring the links between their musical expression and the sound world of the Bosavi rainforest in which they live. At the same time, Feld was among the first to critically examine the emerging “world music” industry. While sympathetic to the ideal of cross-cultural collaboration, he has consistently pointed out how the music industry’s star system and profit motives can re-entrench already existing power relations between different cultures.

In 1991, backed by former Grateful Dead drummer Mickey Hart, Feld produced Voices of the Rainforest (Rykodisc), a CD of Bosavi music and rainforest ambience. Hart and Feld set up the Bosavi People’s Fund, which the Kaluli themselves control, to receive royalties from both the recording and Feld’s writings on Papua New Guinea. The Fund (www.bosavipeoplesfund.org) has financed projects as various as the building of schools and clinics, the creation of a Bosavi-English dictionary and the re-release of a 3-CD set of Kaluli music on the Smithsonian’s Folkways label.

Throughout this process, Feld continued to channel his consciousness of his role as a middleman into his scholarship. “I felt I had a responsibility to write about mediation, and to chronicle the kind of anxiety I had,” he says. “I felt during the making of Voices of the Rainforest that it might be a deal with the devil. … On the one hand, this would be a way of getting the Bosavi people some serious money and respect, some serious validation in the world of music. On the other hand, every time I see you can go to Encarta’s New Guinea map and hear 13 seconds of a Bosavi bamboo jew’s harp, I think: ‘Have I really participated in caricaturing and cartooning and commodifying people?’”

In 2003, Feld founded the independent record label VoxLox (www.voxlox.net) to publish recordings that had no other outlet, recordings that advocate for human rights and acoustic ecology. The impetus for VoxLox was Iraqi Rahim AlHaj, a virtuoso of the oud (the Middle Eastern lute) who went into exile in 1991. The two met in 2000 in Albuquerque, where AlHaj had a job as a security guard in a hospital that allowed him to practice the oud all night long. They became friends when they discovered a common passion for the music of Munir Bashir, one of the most renowned oud players of all time and AlHaj’s mentor at the Institute of Music in Baghdad.

In the spring of 2003, when the third war of AlHaj’s lifetime was beginning in Iraq, Feld, then a professor at Columbia University, invited him to perform a solo concert in a New York bookstore. AlHaj’s passionate compositions meshed traditional Iraqi rhythms and melodic modes with gestures from classical and flamenco guitar. Betweeen pieces, he explained to the audience that his music was a creative response to the destruction of his homeland. Feld recorded the concert as a souvenir for AlHaj, but realized afterward that the recording should reach a larger audience. When no existing label would pick up Iraqi Music in a Time of War, he started his own.

“The CD would become a historical testimony of what it means to play music in a time of war,” Feld says. “It’s mostly a story about doing what you have to do in that kind of time.”

Now, as a result of the album, AlHaj performs regularly and is again able to support himself as a professional musician. (For more information, visit www.rahimalhaj.com.)

Feld sees two interconnected missions for the new label. While some projects promote human rights by featuring indigenous, refugee or exiled voices, others explore the sound environment and acoustic ecology. The Creative Opportunity Orchestra, a jazz big band from Austin, Texas, will perform suites by Texan composer Alex Coke titled “Iraqnophobia” and “Wake Up Dead Man.” Another recording will feature native Alaskan musicians who will be displaced by the Bush administration’s slated drilling of the Arctic National Wildlife Refuge.

“That recording connects the environment in general with human rights, because people are singing about their land,” says Feld. “And a compilation of Tibetan diasporic rock’n’roll from around the world will advo-cate for Tibet in a very different way than the Tibetan sacred music that has gotten a lot of attention.”

Feld is also concerned with how the media mediates the ways we participate in democracy by controlling access to information. “The biggest problem with democracy in America is that it has become largely associated with product choice,” he says. “How do we create new alternatives for participation? What power does music have as an alternative outlet?”

In the largest sense, VoxLox recordings like Iraqi Music in a Time of War bring the expressive cultures of marginalized people to a wider audience. On another level, though, these CDs actively demand participation. The Time of Bells sends the listener into a sonic environment. AlHaj’s humble voice asks for an empathetic ear. By forcing the listener to respond actively, VoxLox turns recorded sound into a foundation for political engagement and intercultural dialogue.