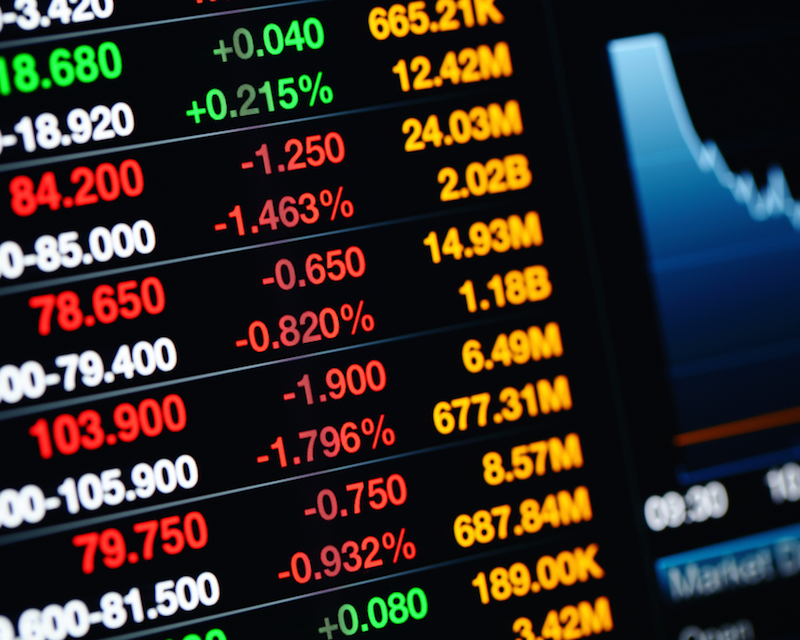 The top 10 percent of American households own 80 percent of the stock market. (Photo from Shutterstock)

What would happen if we returned to the philosophy that businesses should serve workers and society?

Spending on corporate lobbying has doubled from 1998 to 2014. But new forms of worker advocacy have emerged in recent years to combat the rising political influence of business.

Not so long ago, business leaders believed that corporations should serve not only shareholders, but also employees and the community. This mission narrowed in the 1990s to a single-minded focus on shareholder return. A white paper by James Montier explains how the simplified purpose has created vast income inequality. Average CEO compensation has soared to 300 times higher than worker pay, and companies have become quick to increase profit by downsizing.

One of us, Amy, started her career as a clerk in the copy room in the 1970s. She struggled her way to the top—no shortcuts, no special treatment. But times have changed: Only 23 percent of Americans today believe it’s plausible for someone who starts poor and works hard to become rich. Income inequality hurts the poor through lower economic mobility, shorter lifespans, and more violent crime. The country overall suffers, as inequality suppresses economic growth by depressing demand from middle-class and poor consumers.

Most solutions to income inequality suggest taking money from the rich and giving it to the poor. Recent examples include President Obama’s proposals to tax wealthy heirs and raise the federal minimum wage. But these are Band-Aid solutions to a societal cancer: Over time, the power balance between corporations and workers has tipped sharply in favor of companies and their owners. This makes it possible for executives, focused on shareholder returns, to squeeze workers. Large companies have channeled over 90 percent of their earnings to shareholders since 2003, while wages have stagnated. Lasting change must restore power to workers, and we put forth five proposals to do that.

1. Improve accountability to employees: Corporate accountability to shareholders has improved with the passage of Sarbanes-Oxley in 2002, the rise of activist investors and the corporate social responsibility movement. Management should be held similarly accountable to workers.

This is not a new idea: Fourteen countries in the European Union require firms above a certain size to include worker representatives on their boards. This creates advocates for workers at the highest level of the organization. There is also a proposal in the EU to allow shareholders in a company to determine the appropriate CEO-employee pay ratio. These are good starting steps for American companies.

2. Increase worker advocacy: There’s an imbalance in political representation in Washington, D.C. The American labor union has been demonized and beaten into oblivion—less than 7 percent of private-sector workers are in unions today, marking the lowest level since the 1930s. This has hurt incomes, since the median wage of union members is 28 percent higher than that of their non-union counterparts. In contrast, spending on corporate lobbying has doubled from 1998 to 2014.

New forms of worker advocacy have emerged in recent years to combat the rising political influence of business. Employees benefit from groups like the Restaurant Opportunities Centers (ROC) United, which has won 13 workplace justice campaigns since it launched in 2008. In industries where labor advocacy doesn’t yet exist, workers stand to gain by coming together to make sure their financial interests are protected.

3. Encourage full-time work: Seven million Americans are involuntarily stuck in part-time jobs, up from four million in 2007. Walmart, for example, offers only part-time work to half of its hourly workers (even though the founding Walton family is worth as much as the bottom 42 percent of American households combined). Relying on a part-time workforce allows companies to save money by dodging full-time benefits such as guaranteed hours, sick leave and health insurance. But it also fuels poverty: Part-time workers are four to five times more likely than full-time employees to be poor.

San Francisco passed a Retail Workers’ Bill of Rights in November 2014 requiring retailers to treat full-time and part-time employees (at the same level) equally. Also, any extra hours must be offered first to existing workers, rather than hiring new workers. These steps provide greater economic security for part-time workers; other cities should follow suit, laying the groundwork for states and the federal government to pursue.

4. Expand access to the stock market: CEOs are awarded stock options under the premise that equity aligns their incentives with shareholders. Sixty percent of CEO compensation in the U.S. is linked to stocks. But stock remuneration stops after the executive level, which results in the top 10 percent of American households owning 80 percent of the stock market. However, the same rationale that applies to CEOs extends to other employees: Having skin in the game should improve morale and productivity.

At Whole Foods, all full-time employees who have been with the company at least three years (or part-timers who have worked the equivalent number of hours) are eligible to receive stock options. In fact, 95 percent of employees who receive stock options at Whole Foods are not executives. Chipotle is another example: The company rewards promising restaurant managers—most of whom started by rolling burritos—with stock options. If other companies follow suit, then the rising stock market will benefit normal workers.

5. Help women to prosper: Women are twice as likely as men to work for minimum wage. The gender pay gap in the retail sector alone costs women $40 billion annually in lost wages. This wasn’t so bad in 1960 when only 11 percent of American households had a female head, but it’s dire today when women are the primary breadwinners in 40 percent of homes. Plus, it’s bad for the economy. Equal pay would raise American GDP by 2.9 percent, or $448 billion.

Corporations should be in favor of these measures since they ultimately benefit from lower income inequality—a thriving middle class generates demand for the goods and services they offer. But there’s a more basic reason why all Americans should support empowering workers and reducing income inequality: To restore a reality in which fortune is determined by merit, not chance of birth.

Amy Domini is the founder and CEO of Domini Social Investments, a mutual fund family for socially responsible investors. She was on Time magazine’s list of 100 most influential people and has authored several books on sustainable investing. Sofia Faruqi is a portfolio manager at Loring, Wolcott & Coolidge, a private wealth management firm. She has published articles in the Wall Street Journal, Huffington Post, and Quartz.