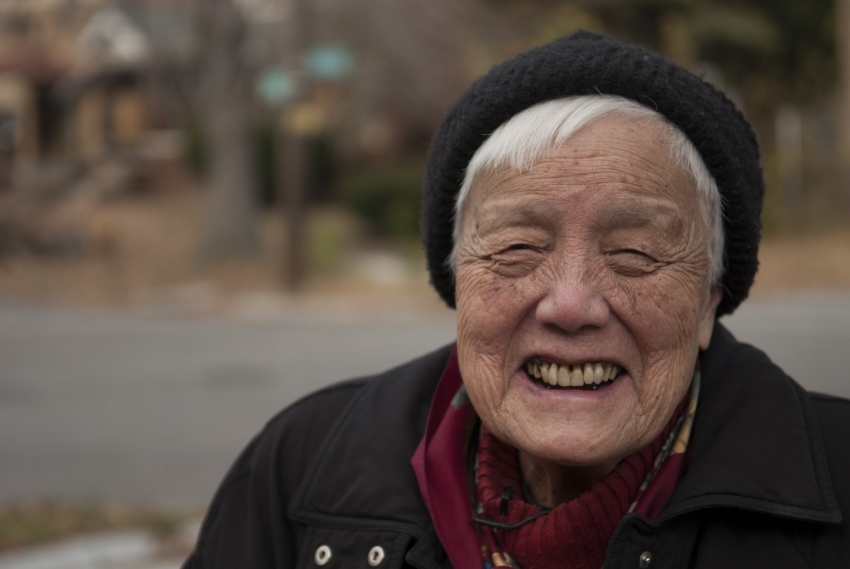 The (R)evolutionary Vision and Contagious Optimism of Grace Lee Boggs

Boggs’ love for humanity ran strong and deep, serving as a generative force for creating change.

She was not a part of an elite intelligentsia. She lived in a modest little house on an even more modest income. She never held a tenured university job. She believed that ordinary people, not academics, had the power to understand their lives and to change the world with that understanding.

Grace Lee Boggs died yesterday at the age of 100 and the world is better for the century that she walked it with us. As a writer, insurgent intellectual, revolutionary organizer, mentor, community builder and friend to many, Grace will be dearly missed.

When I was a teenager in Detroit and a wannabe revolutionary in the 1970s I heard the names Grace and Jimmy Boggs all the time. I knew they were beloved and respected in Detroit’s Black activist community, and I just assumed they were both Black. I was surprised to finally meet Grace and discover she was Chinese-American. I had to recalibrate my notions about the Black struggle, “my people” and race itself.

Long after many of Detroit’s young black revolutionaries left Detroit and the revolution, Grace stayed. She was so immersed in the life and struggles of Detroit’s predominately Black communities that she said her FBI file described her as “probably Afro-Chinese.” Alongside her partner in life and politics, former auto-worker and black activist and leader, Jimmy Boggs (who died in 1993), Grace fought the good fight over five decades, writing books, building organizations, organizing campaigns, and teaching by example that “revolution” is a protracted process—not a single event or a spate of protests. She saw the Black struggle as the cutting-edge struggle of her lifetime, intricately linked to many others, and she was humbled to be a part of it.

Grace was also a catalyst for bringing people together. The Boggs Center, which she founded, was a creative space for artists, the young participants in the now-famous “Detroit Summer” projects and various fans and visitors who migrated there to pay their respects to Grace. Those visitors included celebrities and scholars from the late Ruby Dee and Ossie Davis, to Danny Glover, historian Robin D.G. Kelley, and Chicago activists Bill Ayers and Bernardine Dohrn.

But there were also lesser-known filmmakers, hip-hop artists, labor organizers, students and politicians that showed up at Grace’s door over the decades, drawn by the power of her reputation and her track record for getting things done. Her beloved chosen family in Detroit included her longtime friend and comrade, Shea Howell, whose devotion to Grace was unmatched; Rich Feldman; former Black Panther and organizer, Ron Scott; the activist and artist, Ill; dream hampton; the poet and tireless organizer Tawana Petty and many more surrounded her with so much love and nurturing support that I am sure she never felt alone.

Many people will remember Grace as gentle, kind and generous. She was all those things. But I want her to also be remembered as a rigorous intellectual and a fierce thinker and analyst. She took ideas seriously. She wrote or co-wrote numerous books, articles and position papers; she lectured and talked about complex theories of culture, community and change. She was trained as a philosopher. As a Marxist, she worked alongside the brilliant Trinidadian intellectual C.L.R. James in various Trotskyist organizations before eventually splitting, as so many such groups did and still do, over ideological differences.

Most importantly, she was not a part of an elite intelligentsia. She lived in a modest little house on an even more modest income. She never held a tenured university job. She believed that ordinary people, not academics, had the power to understand their lives and to change the world with that understanding.

Jimmy Boggs was her intellectual hero. She once wrote of her time working with C.L.R. James, “Whether or not you were an intellectual, you felt that when you participated in a demonstration or asked probing questions about life or society, you were helping to create important ideas.” This was the root of her radical epistemology, borrowed from Boggs and James and Antonio Gramsci.

During her century of life, love and work, Grace lived what she believed and served as an example and inspiration for many of us. Even when you did not always agree with her, you had to love her. She always had that beautiful smile on her face and you knew that her love for humanity was so strong and deep that it was a generative force for creating change.

She often wore a t-shirt that read “(r)evolution.” It suggested that we are all evolving as people as we fight, build and envision revolution. Grace was a visionary and a doer. She could look at a trash-strewn field and imagine a garden. And then, she would work to transform it. She could look at Detroit’s broken down buildings and imagine new possibilities.

And she could look at all of us, her friends, comrades and fellow travelers of various stripes, flawed and fragmented, and she could imagine us as a whole. She could meet a scruffy little kid with no skills, no hope and no place to go, and imagine that he or she would become a poet, a revolutionary or brilliant scientist. This was the lens through which Grace saw the world and her optimism was contagious.

In 2010 at the U.S. Social Forum in Detroit, a gathering of thousands of progressives from around the country, Grace was center stage in a plenary conversation with Immanuel Wallerstein. At 95, she was sharp, lucid and on point. She would often joke and say, “I’ve lost some of my hearing and a little bit of a lot of other things, but I still have all my marbles.” She certainly did.

Grace Lee Boggs made every year and every moment count. The best tribute we can pay to our dear Grace is to “grow our souls,” as she once wrote, and keep her optimistic and generous spirit close to our hearts in all the work we do and in all the battles we fight.