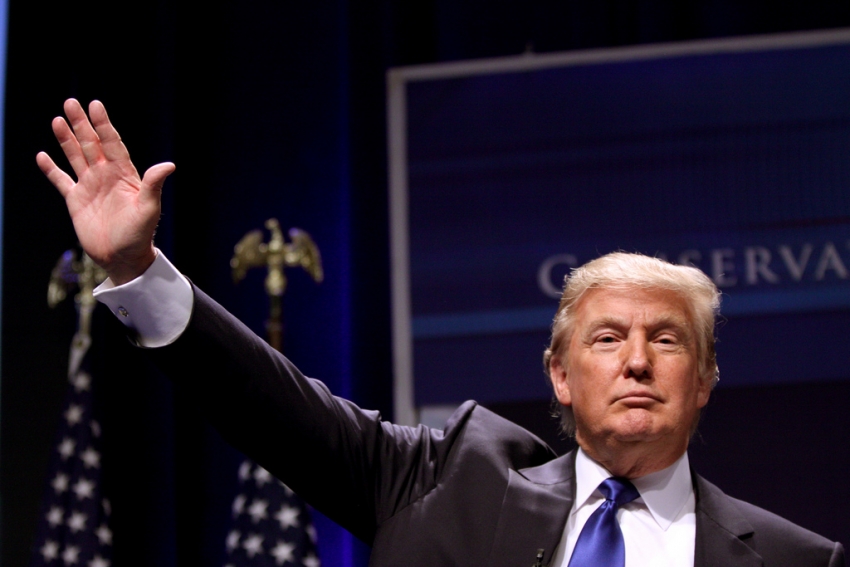 When one side believes poor people, immigrants, people of color, LGBTQ people and others deserve rights and the other doesn’t, how can we possibly bridge the gap?

Today, an angry base of white, working-class and-middle class voters emboldened by the Tea Party movement, Trump, and an entire news channel dedicated to a right-wing ideology, FOX, pull Republicans in the direction of xenophobia and racism, while Millennial movements for racial justice, immigrant rights, LGBTQ rights and economic justice, push Democrats in the direction of a more inclusive and equitable society. Just like before the Civil War, these differences concern central and irresolvable ideas about the heart of the United States.

I live and work in a gentrifying but still predominantly working-class, African-American neighborhood in Philadelphia with a large community of African-American and immigrant Muslims. So in my daily interactions at the grocery store, the library or a local restaurant, I don’t really feel the rising surge of anti-Muslim sentiment in our country. Instead, I just feel deeply saddened when I hear Donald Trump’s statements about to ban Muslims from entering the United States or when I see statistics showing that 76% of Republicans and 43% of Democrats believe that Islam is “at odds with American values and way of life.”

Trump’s base is largely made up of white working class voters from the Midwest and without a college degree who blame people in my neighborhood for their own economic plight and fear me and my family’s religion for their physical safety. It makes little sense on the surface. But the plague of racial division is always coming to a boil from under the surface, ready to burst out and infect American consciousness with the old rules of divide and conquer.

Trump’s strategy—and the strategy dominating most of the Republican presidential campaigns—comes from a playbook as old our country’s founding. White paranoia of immigrants and people of color has fueled the ugly forces of inequality in this country for over two centuries. Trump is simply seeking to capitalize on the real grievances held by working class white Americans concerning an exceedingly unfair economic system. As Max Berger put it in his piece on the growth of white nationalism in the United States: “The growing proto-fascist, white-supremacist movement in the Republican Party is preying upon non-rich white people who are literally dying of despair, turning to drugs and suicide to deal with a reality they can’t bear, and a society they believe doesn’t care for them… [W]hite people are right that they are under attack—they’re just pointing to the wrong culprits.”

Trump is seeking to activate millions of white Americans who desperately feel that neither party speaks to their plight. His high poll numbers among white voters in the Midwestern rustbelt show his appeal to people in this region who have been dealing with an economic collapse that has completely changed how millions of people live their lives. As those who came before them, these white voters blame their woes on immigrants and people of color who are “taking over the country.” When Trump declares he will “Make America Great Again,” he appeals directly to the heart of this demographic.

But the success of Trump’s strategy of cynicism and division points to an even more fundamental problem that risks tearing our country apart at the seams. What’s most terrifying about Trump and candidates like Ben Carson and Ted Cruz is that their success is simply a mirror for trends in public opinion that began in the 1970s under Richard Nixon’s “Southern Strategy,” which deliberately sought to bring white working class voters into the Republican Party through racist appeals—sometimes covert, sometimes overt. The high levels of enthusiasm that Trump's mostly white supporters display for their candidate demonstrates how divided our country has really become since Nixon set to work exacerbating the country's polarization over racial issues.

The levels of polarization in Congress today match those right before the Civil War, when abolitionists pulled Republicans in the direction of ending slavery and white racists pushed Democrats to defend slavery in the name of states’ rights. Back then, the high levels of polarization in Congress were largely due to central and irresolvable ideas about the heart of the United States: Would we allow black people to be free or would we continuing upholding the institution of slavery? There is no compromise to be had on either side of that question.

Today the political poles are similarly moving farther and farther apart. An angry base of white, working-class and-middle class voters emboldened by the Tea Party movement, Trump, and an entire news channel dedicated to a right-wing ideology, FOX, pull Republicans in the direction of xenophobia and racism, while Millennial movements for racial justice, immigrant rights, LGBTQ rights and economic justice, push Democrats in the direction of a more inclusive and equitable society. Just like before the Civil War, these differences concern central and irresolvable ideas about the heart of the United States. They explain why common sense reforms on gun violence, immigration, welfare, policing and finance have virtually no chance in passing our broken system, when vast swaths of Americans hold fundamentally different ideas about whose lives should be valued in this country.

The wedge driven by politicians to divide white working class people from people of color was around long before Trump was ever born. It threatened to divide the country during the 1960s during the height of the civil rights movement. Martin Luther King said at his speech concluding the Selma to Montgomery march in the spring of 1965:

[It] is very important to see the roots of racism…through their control of mass media, they revised the doctrine of white supremacy. They saturated the thinking of the poor white masses with it…It may be said of the Reconstruction era that the southern aristocracy took the world and gave the poor white man Jim Crow. He gave him Jim Crow. And when his wrinkled stomach cried out for the food that his empty pockets could not provide, he ate Jim Crow, a psychological bird that told him that no matter how bad off he was, at least he was a white man, better than the black man.

That bird continues to travel across America. Reverend William Barber, who has led the Moral Mondays movement in North Carolina, put it this way in a recent speech: “They teach whites that their problems are due to folks getting things that they should not have…the goal is to drive a wedge right down the middle of the soul of America.”

But even in the 1960s, the parties were less polarized than they are now. At the time, Democrats and Republicans in the North and West were able to vote together to pass the Civil Rights Act while a smaller number of Democrats and Republicans from the South voted against the bill. Even the White House's recent commemoration of the Voting Rights Act credits President Lyndon Johnson’s efforts in “horse-trading” in helping get the bill passed. The two parties were able to get through a polarizing time in our country’s history because the public’s polarization on civil rights did not neatly map onto the ideological differences in the parties that make up our system today.

Sooner or later, Americans will face a moment of reckoning concerning what kind of country we want to live in. The kind of polarization we witness today once led to a civil war over a clash of ideas. This time, there is no telling how our elected leaders will respond to such levels of polarized public opinion. Republicans have already shut down the government over budgetary issues concerning welfare and have repeatedly threatened to do so over Planned Parenthood.

These fundamental differences won’t resolve themselves, and things might get worse before they get better. Where Americans decide to land on Trump and the direction of the Republican Party might hold the key. Democrats seem to be waiting out on an overturn of Citizens United or demographic changes beginning to hit the country in 2020. But even then Congress is constitutionally set up to over-represent white rural interests. Without major shifts in public opinion or a real remaking of our political system, our country might very well be heading into a deeper and defining conflict about who we are and where we want to go—one which could end up in a very dark place.

Waleed Shahid is Philadelphia-based writer and the political director of Pennsylvania Working Families Party. He is a movement-building trainer with Momentum and tweets at @waleed2go.