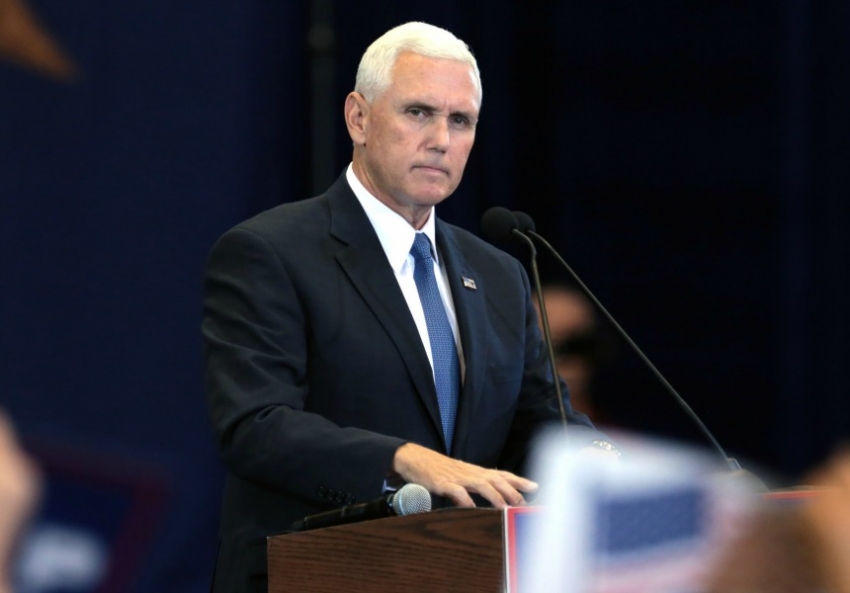 The Impeachment Trap: Be Careful What You Wish For

Trump is odious, but impeachment is dangerous—both for the Democrats and the progressive movement.

Donald Trump’s abrupt firing of an FBI director who was leading the investigation of the Trump campaign’s possible collusion with Russia has sparked a new flurry of calls for impeachment.

The impulse is understandable. Comey’s firing is just the latest in a litany of outrageous behavior that’s shredding the credibility of the presidency: from the financial conflicts of interest to the pathological lying to the authoritarian attacks on the judicial branch and the press.

But outrage aside, we must keep one thing in mind: how progressives and Democrats approach impeachment could shape our democracy and the domestic political landscape for a generation. We must focus on what is best for the American people, not on what is worst for our so-called president. I believe it would be a major strategic blunder for the Democratic Party to fall for what I call the Impeachment Trap—the powerful temptation to lead the charge for impeachment without considering the strategic implications.

The simple majority necessary to impeach in the House of Representatives, as well as the two-thirds majority that is required to convict in the Senate, can be achieved with the support of most or all Democrats and a minority of Republicans. Unfortunately, this scenario would offer enormous political benefits to the Republicans.

If Trump were impeached and convicted, Vice President Mike Pence, a right-wing, evangelical ideologue, would be a much more reliable and competent rubber stamp for the conservative policy agenda. Trump, for all his failings, cannot be counted on to support conservative Republican orthodoxy. While his cabinet picks and early policy proposals have largely catered to right-wing ideology, his policy flip-flops and incompetence make him a very unreliable partner for congressional Republicans. In particular, his positions on Russia, trade, entitlements, and deficits are antithetical to Republican dogma, and recently Trump even applauded Australia’s single payer health care system. And thus far, most of his attacks on immigrants and Muslim refugees have been turned aside by a wall of public outrage and judicial rulings, although we will need to remain extraordinarily vigilant about an emboldened ICE. Pence, on the other hand, who was given a 99 percent rating from the American Conservative Union, would be much more likely to cut Social Security, push National Right to Work, and try to restrict gay marriage, and would probably treat immigrants and refugees just as badly, in order to court the Trump base.

Impeachment would also help restore the damaged Republican brand. Trump lost the popular vote by the largest margin of any incoming president in history. His administration is mired in incompetence, chaos, and suspicion, and has already sparked a massive public resistance. His public approval rating hovers around 40 percent, by far a record low for a new president. If these trends continue, his presidency will be a massive albatross around the GOP’s neck in future elections.

By contrast, the robot-like Pence—despite his extreme right-wing views—would be packaged as a comforting return to normalcy. The relief at no longer having an egotistical lunatic at the helm could provide Pence with a long and generous public opinion honeymoon. Republicans could claim that Trump was “never one of theirs,” and approach the 2020 campaign with the benefit of incumbency and without Trump’s liabilities.

Democratic ownership of impeachment would also cement the loyalty of working-class Trump voters to the Republican Party. Republican incumbents in swing districts could spin impeachment as a partisan witch hunt. Trump would become a martyr, and his voters would blame Democrats. This is a terrible outcome for progressives who want to move the Democratic Party back to its economic justice roots.

Most important to progressives, Democratic ownership of impeachment would sacrifice the historic opportunity to integrate the massive anti-Trump resistance into a revitalized progressive movement and Democratic Party. A short-term focus on impeachment would divert the focus of many activists away from less glamorous, but more important, grassroots organizing, coalition building, and policy advocacy, and decrease the likelihood of mass grassroots mobilizations on critical issues such as health care, immigration, Planned Parenthood, electoral reform, climate change, and so many others.

For these reasons, I believe a successful impeachment led by Democrats would be a colossal mistake.

Of course, Republicans may well decide that impeachment is in their best interests and lead the charge. This is a slightly better scenario for Democrats.

While Republican ownership of impeachment still achieves the first three political benefits discussed above—a more reliable and competent right-wing presidential rubber stamp, protection of the Republican brand, and a stronger incumbent for 2020—the last two outcomes would now favor Democrats. With Republicans owning impeachment, Trump supporters would be livid with the Republican Party, some withdrawing from politics altogether or splintering off to support minor parties, others perhaps willing to reconsider a Democratic Party refocused on economic justice. The combination of Republicans losing core Trump supporters and ongoing demographic trends would put Democrats in a very favorable position for 2018 and 2020 and beyond. Most importantly, the energy and enthusiasm of the anti-Trump resistance would not be diverted to impeachment.

Moreover, this scenario gives Democrats leverage, as Republicans would need Democratic votes to get the two-thirds Senate majority necessary for conviction. Ultimately, Democrats will have to back impeachment, as it would be political suicide not to. But Democrats can publicly demand key concessions in exchange for their support: First, that Republican leaders clearly own impeachment by drafting the charges and whipping a significant number of GOP votes, and second, that Republicans refrain from pushing radical right-wing legislation until after the 2020 election.

Can Democrats publicly defend a strategy of supporting impeachment only if the Republicans own and lead it, as well as demanding concessions from Republicans? Absolutely. Simply put, Republicans “birthed,” enabled and elected Trump. Republicans have staffed his Cabinet, sacrificed their principles to cut deals with him, and made countless excuses for his outlandish behavior. The public will understand that, if impeachment is warranted, the Republicans have the responsibility to lead the charge.

Paradoxical as it may seem, however, the best scenario for Democrats is one in which they resist the impeachment trap, the Republicans stand by their president, and Trump, odious as he may be, remains in office. Admittedly, this would extract a major toll on the national psyche and require an active resistance to thwart Trump’s attacks on marginalized groups, but the country would (probably!) survive. From a policy perspective, a paralyzed Trump administration would be far better than a more competent and reliably right-wing Pence presidency. Politically, Trump would become a black eye for the GOP, and the Democratic opposition would remain energized, all of which would favor the Democrats in both 2018 and 2020. An especially delicious scenario is one in which an unpopular Trump insists upon running in 2020, and the Republican Party is torn apart by a war between Trump supporters and the Wall Street, evangelical and libertarian factions that each want to reclaim “their” party.

If the Trump presidency continues to unravel and a constitutional case for impeachment can be made, Democrats can force Republicans into a perilous Catch-22 over whether to own it. If Republicans refuse, they will likely fail to achieve much of their policy agenda, risk permanent damage to their party brand, and weaken their future electoral chances. If they do own impeachment, they blow up the tenuous Republican-Trump coalition. Either way, Democrats can focus their energies on mass resistance and rebuilding an electoral majority.

Republicans are in a political straitjacket—unless Democrats commit political suicide by falling for the impeachment trap.

Let me emphasize that I am not arguing against pursuing the truth about possible Russian collusion through a special prosecutor, nor against holding Trump responsible for financial conflicts of interest. And I agree that Democrats must ultimately vote for a Republican-led impeachment.

But I am arguing that it would be a major strategic mistake for us to focus on impeachment as a top strategic goal, thereby siphoning energy from the progressive movement. As deplorable as Trump is, we must focus our efforts in the next four years on blocking bad public policy and mobilizing for the future, and those goals are better served with Trump than with Pence.  If the Republicans figure this out, let them be the ones to expend their energy getting rid of Trump.

It won’t be easy to resist the temptation to humiliate the worst president in modern history, but Democrats must muster the discipline to resist the Impeachment Trap, insist that Republicans be the ones to take responsibility for their shameful president, and mobilize to build real grassroots democratic power for 2018, 2020 and beyond.

Jeff Alson is an engineer from Ann Arbor, Michigan, who grew up in Trump country.