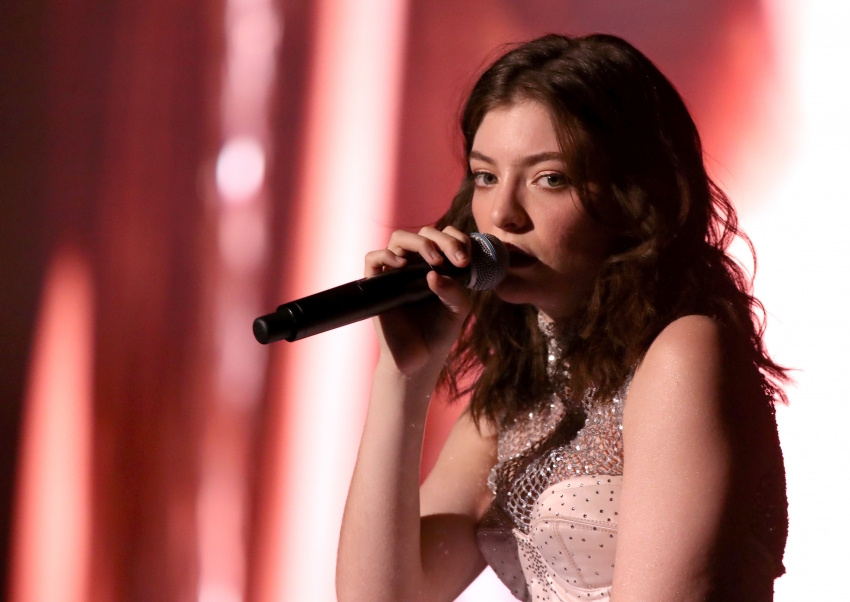 Singer Lorde performs on the Coachella Stage during day 3 of the Coachella Valley Music And Arts Festival (Weekend 1) at the Empire Polo Club on April 16, 2017 in Indio, California. (Photo by Christopher Polk/Getty Images for Coachella)

Lorde Took a Stand for Palestinian Rights. Now an Israeli Organization Is Suing Her Fans.

“No intimidation tactics can or will stifle this growing movement."

When the pop star Lorde made the decision in December 2017 to cancel an upcoming concert in Israel, a predictable backlash gathered steam.

Social media invective ensued. The New Zealand Jewish Council said Lorde had “succumbed to a small but loud group of extremist bullies.” And right-wing celebrity Rabbi Shmuley Boteach paid to print an advertisement in the Washington Post calling the singer a “bigot.”

Less expected, however, was a lawsuit aimed at two Lorde fans in New Zealand who called on the pop star to boycott Israel over its human rights abuses that harm Palestinians.

On Jan. 31, Shurat HaDin, an Israeli legal organization, announced it filed suit against Justine Sachs and Nadia Abu-Shanab, two New Zealand citizens who, in an open letter, pleaded with Lorde to “join the artistic boycott of Israel, cancel your Israeli tour dates and make a stand.”

Shurat HaDin has close ties to the Mossad, the Israeli equivalent of the CIA. The group says the pair violated Israel’s 2011 law prohibiting advocacy of the boycott, divestment and sanctions (BDS) movement against Israel. The suit filed on behalf of three Israelis who had bought tickets is asking for $13,000 in damages for the “emotional injury” caused by the concert’s cancellation. (Shurat HaDin did not respond to a request for comment.)

The lawsuit is a test case, as this is the first time the Israeli anti-BDS law has been invoked. However, the litigation has very little chance of going anywhere in the Israeli court system.

“In order to apply a law on an extraterritorial jurisdiction, you need to have that very clear in the law, and it’s not mentioned in the anti-boycott law,” says Sawsan Zaher, an attorney at Adalah, a Palestinian-run legal center in Israel. “You are not liable if you call for a boycott in an area, a territory, a country that is not under the jurisdiction of the Israeli law.”

But even if the case fails, the lawsuit is one more indicator that Israel’s global battle to shut down the BDS movement, which Israeli officials have labeled a “strategic threat,” is escalating. Israel and an array of allied organizations have taken a multi-pronged approach in their anti-BDS strategy, using legislation, online blacklists, travel bans and lawsuits to crack down on the human rights movement.

BDS is a Palestinian-led global campaign that calls for boycotting Israeli goods, divesting from corporations that do business with Israel and imposing government sanctions on the state. The movement’s three demands are: an end to Israel’s occupation of Jerusalem, the West Bank, the Golan Heights and Gaza; equality for Palestinian citizens of Israel; and the right of return for refugees expelled from Israel in 1948, when the state was founded.

Lorde’s boycott of Israel was perhaps the BDS movement’s most talked about victory last year.

Explaining her decision, Lorde wrote in a statement that her original move to book a concert in Tel Aviv was “not the right call” and that she decided to cancel the show after having “a lot of discussions with people holding many views.”

Her boycott captured headlines around the globe, and angered opponents of the BDS movement.

“The symbolism of a well-known pop star standing up for what she believes in is threatening to those who want to preserve the status quo and squash those who stand up for human rights,” says Rahul Saksena, a staff attorney at the group Palestine Legal, which monitors attacks on Palestinian rights advocacy in the United States.

And it wasn’t only Israel that was miffed by the concert cancellation. In late January, Florida lawmakers cited Lorde’s decision to justify their push to strengthen a state law that bars state contracts worth $1 million or more from going to entities that boycott Israel. (The lawmakers want the $1 million threshold provision dropped.)

“Lorde is coming to Florida in April,” said State Rep. Randy Fine, the Republican sponsor of the bill, at a Jan. 23 press conference. “That’s why it’s important for the legislature to take a stand to say it is not okay for a government to conduct business with groups that choose to have these discriminatory and anti-Semitic positions.”

In February, Fine explicitly called for the Miami Sports and Exhibition Authority and the Tampa Sports Authority to cancel Lorde’s shows in those cities.

Beyond Lorde, the Israeli government, Congress and U.S. state lawmakers are stepping up their broader war on the boycott movement.

The Israeli government has poured millions of dollars into attempts to stop the movement, and in January, announced it would ban 20 pro-BDS groups from traveling to Israel/Palestine. This ban is significant, as Israel controls all entry points into Israel and the Palestinian territories.

Congress is considering the Israel Anti-Boycott Act, which would impose fines or up to 20 years in prison for those advocating the boycott of Israel. Groups like Shurat HaDin have filed multiple legal complaints against organizations, including the Presbyterian Church and the United Electrical, Radio, and Machine Workers of America, that have called for boycotts of Israel.

In addition, 24 states have anti-BDS laws on the books, most of which bar state contracts from going to companies that boycott Israel. Some of these laws have required individuals to sign oaths stating they would not boycott Israel before receiving state money.

Palestinian rights advocates say these laws are unconstitutional, striking at the heart of free speech in the United States. In January, a federal judge in Kansas agreed, and blocked a state law that required a public-school educator to certify she wouldn’t boycott Israel if she wanted to train teachers.

“These laws are a clear violation of the First Amendment, at a time when we need to protect those rights the most,” Palestine Legal’s Saksena tells In These Times. “Anti-BDS bills across this country are clearly aimed at chilling people’s speech.”

But if the goal is to stop activists from calling for a boycott of Israel, these anti-BDS laws, and lawsuits like the one against BDS advocates in New Zealand, are not working.

In response to the news that Shurat HaDin filed a lawsuit against them, Sachs and Abu-Shanab, the authors of the letter to Lorde that called on her to renege on her Israel concert, vowed to keep working for Palestinian rights.

“No intimidation tactics can or will stifle this growing movement,” they wrote in an online statement. “We won’t be told what to say. Instead of scaring us, these bullying tactics only embolden us and make it self-evident that there is a right and wrong in this situation. We are proud to stand for what is right.”