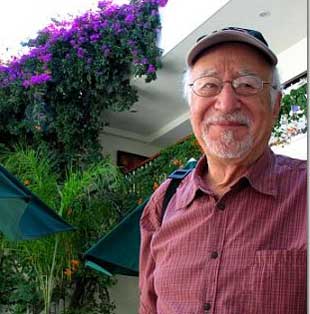 James Weinstein, a noted historian and longtime publisher and editor of the progressive magazine In These Times, died last week (June 16) at his home in Chicago. He was 78 years old and had been battling brain cancer for several months.

Weinstein began his long and varied career, like many leftists of his generation, as a member of the Communist Party in the late 1940s and early 1950s. He soon found himself a target of the witch hunts of that era. Those troubles began in 1949, when he gave a ride to friend of a friend, a man who “didn’t utter a word” for the entire trip. This passenger turned out to be Julius Rosenberg, who would later be executed in perhaps the most sensational and controversial espionage case in American history. After Rosenberg’s arrest, Weinstein was swept up in the investigation. Although never charged with any crime, he was trailed by FBI agents, who amassed some 2,000 pages of files on the most minute details of his life, and was later subpoenaed to testify before a congressional hearing held by Sen. Joseph R. McCarthy.

He left the Communist Party in 1956, following public revelations about the atrocities of the Stalin era, and later became a harsh critic of both the party and the Soviet system. Many of his books and articles were devoted to showing that the rise of the American Communist Party after the Russian Revolution fatally compromised what had been a promising American socialist movement. Weinstein also urged fellow historian Ron Radosh to research the Rosenbergs and defended Radosh and Joyce Milton’s conclusion that Julius was a spy. But unlike many of his former colleagues who turned to neo-conservatism, he remained a committed and forceful advocate of socialism, holding out the prospect of an authentically American left that could embrace democratic principles of old Socialist Party.

“Jim Weinstein was one of the intellectual leaders of the American progressive movement,” said Rep. Bernie Sanders (I-Vt.). “At a time when more and more of our media is controlled by huge corporate conglomerates, it is no small achievement that he successfully published a well-respected independent magazine, In These Times, for decades.  Jim will be sorely missed by those of us who are fighting for a world of peace and justice.”

Weinstein was born on July 17, 1926, and grew up in Manhattan. He became interested in politics at the age 10, while listening to radio dispatches from the Spanish Civil War with his parents. By his freshman year in high school, he was already active in left-wing endeavors, attending the last American Youth Congress in Washington.

He joined the Communist Party in 1948, although he was never an unquestioning follower. Weinstein often described himself as a “Groucho Marxist,” whose worldview was influenced by Duck Soup as well as by Das Kapital, and his subversive sense of humor did not always go over well with his more doctrinaire comrades. “I never took the dogmatic stuff very seriously,” he recently explained, “so within the party I was always known as a somewhat untrustworthy person.”

Weinstein attended Cornell University, but his undergraduate career was interrupted by a stint in the U.S. Navy, where he attained the rank electronic technician’s mate 2nd class. He graduated from Cornell in 1949 with a degree in government, and then attended Columbia University Law School for one year before dropping out. After working as a tester and troubleshooter at various electronic companies–where he was active in the the International Brotherhood of Electrical Workers (AFL) and then the International United Electrical Workers (CIO)–he returned to Columbia in 1956, earning a master’s degree in history under the noted historian Richard Hofstadter.

Weinstein’s heart was not, however, in being an academic. He dropped out of graduate school before earning a doctorate and in 1960 moved to Madison, Wisconsin, where he wrote two seminal books on the Progressive Era and worked as an editor for the scholarly journal Studies on the Left. In 1966, he ran unsuccessfully for Congress as an independent in New York’s old 19th Congressional District on Manhattan’s West Side. The following year he moved to San Francisco, where he founded Socialist Revolution (later renamed Socialist Review) and the Modern Times bookstore. In 1974, he moved to England, where he taught at the Centre for the Study of Social History, but once again he grew tired of academia.

The scion to a Manhattan real-estate fortune, Weinstein had determined early on to pour his wealth into projects that helped other people. In an interview shortly before his death, he recalled a recurrent argument he had during the 1950s with fellow leftist Lorraine Hansberry, the future author of Raisin in the Sun.  Like Weinstein, Hansberry had come from a wealthy family, but the two friends disagreed on what to do with their fortunes. “Her position was, ‘It’s dirty money, I don’t want to touch it,” he recalled. “And mine was, ‘Money doesn’t get dirty: It’s what you use it for that gets it dirty. If you have the money and you’re using it for the right things, use it!’”

Weinstein used his on a variety of political causes and campaigns, but his main passion was publishing. In 1976, he moved to Chicago to found In These Times. That publication, which Weinstein once jokingly described as “the best kept secret in journalism,” never came close to being profitable, but it did outlast many of its competitors, thanks largely to his financial backing and fundraising skills. His real talent, however, was always as a writer and editor. He took great pleasure, he once wrote, in “giving talented progressive journalists a place to do what they want to do most–to write about important things without ideological restrictions.”

Among the many successful writers whose careers got started at his publications is John B. Judis, a senior editor for The New Republic and author of several books. “He was like a second father to me. He was somebody who really tried to bring out the best in me,” said Judis, who worked for Weinstein at both Socialist Revolution and In These Times. “I met him in the late 1960s, a time when I was pretty much at loose ends, and working with him was like going to graduate school for me. That’s when I learned about history and economics and when I learned to edit and write.”

Weinstein’s political philosophy, as enunciated in his regular editorials for In These Times, rejected sectarian posturing and encouraged progressives to work within the Democratic Party. Alarmed by the breakdown of the American left into a free-for-all of single-issue groups–“many little lefts,” he derisively called them–Weinstein preached a practical, broad-based politics, built around issues of economic justice, corporate accountability and human rights. His ideas were largely ignored during the Reagan and Bush eras, and he conceded that the impact of In These Times, from which he retired in 1999, “has fallen far short of our initial hopes.” Nonetheless, he remained a political optimist until the end. His final book, The Long Detour: The History and Future of the American Left (recently released in paperback by Westview Press), argued that with the end of the Cold War, “the possibility of a new beginning now exists–if not for a movement that calls itself socialist then for one embodying the underlying principles that gave the old movement its impetus.”

Weinstein cited The Long Detour as his best work, but critics have also lavished praise on his other books. The historian Christopher Lasch, writing in The New York Review of Books, described The Decline of Socialism in America: 1912-1925 (published in 1967 and reprinted in 1984), as a “brilliant study” which “casts the entire history of the American left wing into a new light.” The Nation, meanwhile, called The Corporate Ideal in the Liberal State: 1900-1918 (published in 1968) “the most important book written by a radical historian since William Appelman Williams’ Contours of American History.” Weinstein also wrote Ambiguous Legacy: The Left in American Politics (1974), and co-edited (with David W. Eakins) For a New America (1970).

An avid poker player, gourmet and collector of Mexican art, Weinstein led an active social life. One of his proudest moments occurred in 1996, when he was invited to become the first white member of the Original 40 Club, an elite African-American men’s club, established in 1915, that has been described as the “who’s who of black Chicago.”

Another honor came just weeks before his death, when he received the prestigious Studs Terkel Award. Sponsored by the Chicago-based Community Media Workshop, the award celebrates members of the media who embody the Pulitzer Prize-winning author’s devotion to democracy, justice and human values.

“Jim Weinstein was a shining example of a truly independent journalist,” said Terkel. “In his own way, he was in the tradition of George Seldes and I.F. Stone and Lincoln Steffens–muckraking journalists who challenged the received wisdom. He always asked ‘Why?’ and ‘Who is behind what?’ and ‘Where are the bodies buried?’ More than ever, we need journalists such as Jim, who insisted that we must think things through, that we must remember the past in order to understand the present and prepare for the future.”

Weinstein is survived by his wife of 15 years, Beth Maschinot; two children from an earlier marriage, Lisa Weinstein of Chicago and Joshua Weinstein of San Francisco; two grandchildren, Rachel Weinstein and Joseph Weinstein; and a sister, Lois Sontag of Stamford, Conn. Plans for a memorial service are pending.

Miles Harvey is a former managing editor of In These Times and the author of The Island of Lost Maps.