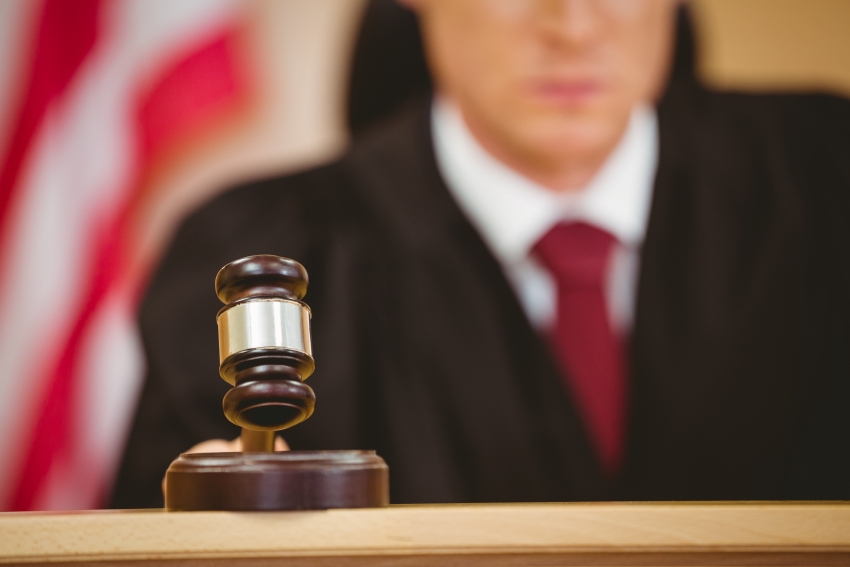 The U.S. judicial system is in a crisis—and it’s way bigger than Trump. (Shutterstock)

The Shocking Lack of Diversity on State Supreme Courts

White male-dominated courts are a threat to judicial impartiality—and to democracy.

The American judiciary is facing a crisis of legitimacy. Just one in three Americans express confidence in the legal system, and there is a widespread belief that the rule of law is unfairly applied. “The Supreme Court is not well,” five Democratic senators wrote in a much-discussed amicus brief filed last month. “And the people know it.”

What fewer people may know is that the nation’s highest court is hardly unique in its dysfunction. Perhaps matters pertaining to lower-level courts have gone unnoticed because President Trump has appointed two controversial justices to the Supreme Court and named nearly 150 other judges to lifetime federal positions. But this oversight is at the public’s peril: State courts hear 95 percent of all legal cases, and set precedents that bind more than 23,000 lower court judges, who, as legal scholar Sherrilyn Ifill explained in the Washington and Lee Law Review, have “a more direct and irrevocable impact in the lives of many Americans than local or even national legislators.”

One of the most significant developments in recent years is the outsized role of big money in the 38 states that elect judges. The National Institute on Money in Politics estimates that, in 2018, more than $35 million was spent on state court races—an all-time record.

Partisanship continues to be an issue, too. Arizona Gov. Doug Ducey recently added two additional seats to the state’s top court and removed Democrats from its nominating commission, which, Slate legal writer Mark Joseph Stern claims, “rig[s] the judicial process in favor of ultraconservatives.” Last year, a would-be judge in North Carolina was targeted by the GOP for “siding with gangs before police.” And when the Iowa Supreme Court unanimously ruled to legalize same-sex marriage in 2009, conservatives responded with a vigorous—and ultimately successful—campaign to remove three of the justices from the bench.

These trends compound another problem plaguing top courts: an astonishing lack of diversity. Seventeen states have just one woman on their supreme court, and nearly half of all state top courts are all-white, according to a recent report published by the Brennan Center for Justice, a law and policy think tank at New York University’s Law School. This includes states with considerable minority populations like Nevada, Tennessee and Pennsylvania. Indeed, by many measures, state benches are less representative than they were a generation ago, even as legislative bodies like the U.S. Congress continue to become more racially and ethnically diverse.

“This is a problem that goes much deeper than the current president or the federal courts,” says Alicia Bannon, the managing director of the Brennan Center’s Democracy Program and a co-author of the report. “It goes to the integrity of our system of justice… If your courts aren’t reflecting the communities they’re supposed to serve, you have a real crisis on your hands.”

A homogenous judiciary isn’t well positioned to understand the challenges that face Americans of varying sexual orientations, ethnicities and socioeconomic statuses. And when the legal system fails to include alternative perspectives, it’s deprived of the opportunity to render truly fair and equal justice. As Harry T. Edwards, a senior circuit judge on the U.S. Court of Appeals, noted in 2002, diversity ensures “constant input from judges who have seen different kinds of problems in their pre-judicial careers, and have sometimes seen the same problems from different angles.”

Edwards’ point was not that personal identity should determine a justice’s decisions, and he actively rejected the notion that he was obligated “to enforce some mythical black perspective” as part of his rulings. Rather, he was arguing that diversity on the bench was about ensuring differences in awareness and that a more variegated court was ultimately better able to rule impartially.

“Just as most of my Jewish colleagues have more than a fleeting understanding of anti-Semitism, the Holocaust, and issues surrounding Israel and Palestine, most blacks have more than a fleeting understanding of the effects of racial discrimination,” he wrote. And “If I sometimes bring unique perspectives to judicial problems—perspectives that are mine in whole or in part because I am black—that is a good thing. It is good because it is inevitable that judges' different professional and life experiences have some bearing on how they confront various problems that come before them.”

A large body of social scientific research backs up these assertions. When John Kastellec, a political scientist at Princeton, analyzed results from the U.S. Court of Appeals, he found that the presence of a Black judge nearly guaranteed that the court would rule in favor of affirmative action. This happened even when the rest of the court was white. “Race goes above and beyond the effect of ideological diversity,” he says. His results align with other findings, including by Dr. Kate Bratton at Louisiana State University and Dr. Nancy Arrington at Cal Poly San Louis Obispo, that illustrate how diverse viewpoints on the bench influence decision-making on issues related to voting rights, death penalty litigation and gender discrimination.

Yet recent efforts to address this diversity gap have been mixed. In 2016, a coalition of citizens in Texas filed a federal lawsuit challenging that the state’s system of at-large elections, arguing that its voting system diluted the power of Hispanic voters (in at-large elections, candidates are elected from across the entire state, rather than on a district-by-district basis). While the federal judge hearing the case did not challenge the claims of vote dilution, she concluded that because there was no proof that “race rather than partisanship” determined electoral outcomes, Texas was not obliged to reform its system. More recently, the Lawyers’ Committee for Civil Rights Under Law and the NAACP Legal Defense and Educational Fund (LDF) have filed suits alleging that statewide elections in Arkansas and Alabama, respectively, violate the Voting Rights Act. In both states, a Black justice has never first reached the state supreme court through an election.

“If you go into the courtroom and nobody looks like you, there are concerns about whether communities are being treated fairly before certain judges or justices,” says Natasha Merle, a senior counsel at the LDF who is representing the plaintiffs in Alabama. “Less diversity on the court brings into question its impartiality.”

Merle says that no Black candidate has ever been elected to a statewide position in Arkansas, and says that a shift toward voting districts, like those used in Congressional races, could help improve the strength and agency of Black voters. But unlike the Brennan Center, which has long advocated for replacing judicial elections with an appointment system, Merle believes that having elections is not a bad thing for judges or the communities that they serve.

“Saying that if you elect judges in districts they will only worry about their constituents and maybe ignore the law is disingenuous,” Merle says. “The issue here is ‘are voters being heard?’ And if black voters aren’t able to equally participate in the process and elect candidates in the process—whoever those candidates might be—then that’s the problem that we should focus on.”

The LDF’s case in Arkansas is not expected to go to trial until next summer, but there’s plenty to be done in the meantime. As Bannon points out, most voters don’t focus on judicial elections, even though they’re well-positioned to affect change, whether by voting for judges who support their values, putting pressure on governors and other elected officials to appoint more representative judiciaries or supporting programs like public financing that would reduce the influence of special interests.

There are reasons for optimism, too. Last year, Melody Stewart became the first black women elected to Ohio’s supreme court and was one of four justices of color elected nationwide. It was just the third time in American history that more than one person of color has been first elected to the bench in a single election cycle. Next month, Delaware, a state with a population that’s nearly 40 percent non-white, will fill a vacancy on its Supreme Court. While the state has never seated a justice of color, Bannon says advocacy from local communities could help to change things.

“This isn’t a problem that can be diagnosed in one point and solved away in another,” she says. “But the positive side is that there are many points where improvements can be made, which means there are lots of opportunities for citizens and activists to make a difference.”

Daniel Fernandez is a summer 2019 editorial intern for In These Times.