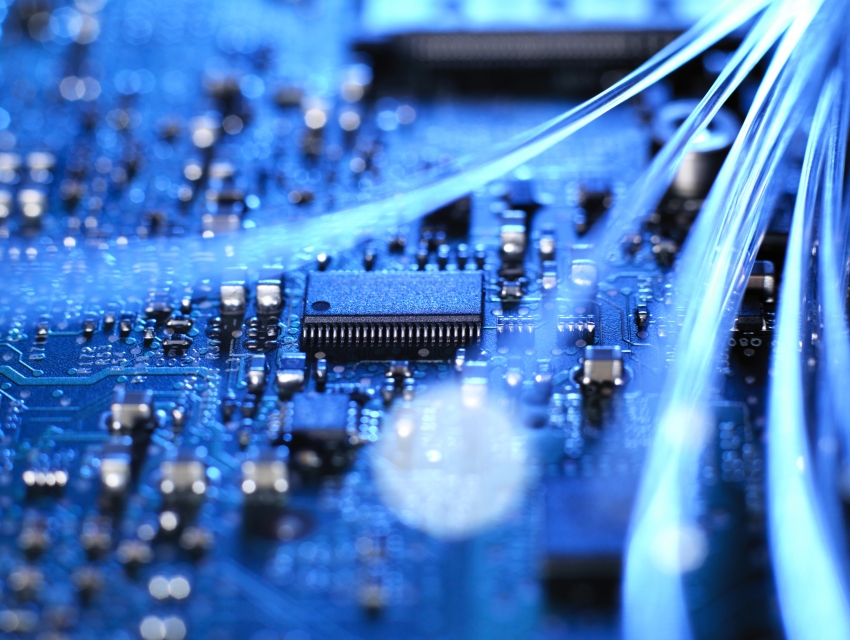 It’s time to stop treating high-speed internet as a luxury commodity and instead place it under democratic and public control.

This crisis has clearly illustrated how digital infrastructure has become critical to the functioning of our economy and society.

In early May, the New York Times published a photo of Beth Revis, a fiction writer in Rutherfordton, North Carolina, scrunched into the back of a small vehicle in a parking lot. There, she was using her smartphone to try to teach a class, using the only reliable internet connection she had access to—the free Wi-Fi signal emanating from inside a local public elementary school.

As schools shut down and workplaces go remote as the result of the Covid-19 pandemic, tens of millions of Americans like Revis have become increasingly reliant on internet access for their jobs, education and social interactions.

This crisis has clearly illustrated how digital infrastructure—the core assets and services on which a vast array of information technologies rely—has become critical to the functioning of our economy and society. It is, in a sense, the modern equivalent of the interstate highways, railway tracks, telephone networks and electricity systems that formed the backbones of the 20th-century economy.

However, in the United States, market-led deployment of this critical infrastructure—along with service provision dominated by a small oligopoly of giant telecommunications corporations—has led to inadequate development and severe inequities. For instance, according to the Federal Communication Commission’s estimates (which many experts think are highly understated), more than 21 million Americans don’t have access to even a minimal high-speed broadband connection of at least 25 mbps. Internet access in the United States is also generally far slower and more expensive than in most other advanced countries.

Unavailable or unaffordable internet puts certain communities at a disadvantage and reinforces inequality. For instance, while one in five White Americans don’t have high-speed internet at home, that ratio is roughly one in three for Black Americans, and one in 2.5 for Latinx Americans. As numerous reports have indicated, communities with inadequate internet access have been unable to access remote learning opportunities during the pandemic.

If school closures persist, these students will likely fall even further behind their wealthier, and often whiter, peers. Preliminary data from the Covid-19 crisis in the United States is already revealing stark racial and socioeconomic disparities concerning who is affected medically, economically and socially. This lack of affordable and accessible internet is likely to only exacerbate these inequalities.

A new report released by The Democracy Collaborative (US) and Common Wealth (UK) contends that it is time to stop treating high-speed internet like a luxury commodity and instead consider it public infrastructure. And as with other infrastructure, this means taking it out of the hands of corporations and putting it under democratic and public control.

In the United States, one way to realize this vision is to empower and support communities that want to establish their own broadband internet networks. First and foremost, this means passing federal-level legislation that overturns pro-corporate, state-level “preemption laws” that ban or restrict municipalities from launching or expanding their own public broadband networks. Sens. Elizabeth Warren (D-Mass.) and Bernie Sanders (I-Vt.) both supported such action during their recent presidential campaigns, and legislation to this effect—called the Community Broadband Act—has been introduced in Congress by Rep. Anna Eshoo (D-Calif.) and Sen. Cory Booker (D-N.J.).

Rather than impede their development, federal and state governments should also directly help finance and provide technical assistance to municipal and other community-based broadband networks. That would be a far more effective and equitable use of public resources than the FCC’s current patchwork of subsidy programs, which largely benefit the telecommunications companies themselves.

A parallel effort should take place with regards to 5G wireless. In the United States, just three large corporations—AT&T, Verizon and T-Mobile—are poised to control virtually all of the nation’s 5G wireless infrastructure for at least the near future. Yet there is nothing to prevent a new racial and class digital divide growing around this emerging technology. A “public option” in the wireless communications sector builds on the precedents set by such public ownership examples as Germany’s majority ownership of Deutsche Telekom and Norway’s majority ownership of Telenor, and was even reportedly being considered by President Trump in response to China’s growing state-controlled dominance in the sector. A publicly-owned wireless network could help address market failures, reduce corporate power, provide competitive pressures that would lower costs and stimulate innovation, and generate revenue to cross-subsidize other needed public services and investments.

We should also consider new, innovative ways to think about one of the public’s most valuable renewable resources, the wireless spectrum (sometimes known as the public airwaves). This asset is managed on behalf of the public by the federal government, which keeps some frequencies for public purposes and leases others out to various types of communications companies. The FCC currently conducts extremely lucrative spectrum auctions, netting tens of billions of dollars in revenue for the government. Rather than simply being deposited in the Treasury, these proceeds could, for instance, be used to capitalize democratically governed public trust funds that would be tasked with making investments in digital infrastructure, such as municipal broadband, as well as local journalism and media.

Finally, these strategies should, ultimately, be coupled with democratizing cloud computing services. These services, overwhelmingly controlled by just three companies—Amazon, Google and Microsoft—are the terrain upon which most of today’s internet activity takes place. This corporate control leads to prohibitively high costs for smaller companies seeking cloud services, excludes smaller cloud competitors, stalls innovation, and gives these powerful and largely unaccountable actors corporate control over valuable personal and business data. Many experts have suggested that if Big Tech companies are to be broken up, then cloud computing would be the logical, and ideal, first candidate. However, since cloud services play such a foundational role in the modern economy, it makes little sense to simply create new, private companies that would likely replicate the same abusive practices as their predecessors. Rather, they should be spun off from these Silicon Valley giants and converted into public utilities accountable to all of us.

Democratic public ownership of digital infrastructure can reduce corporate concentration and the outside political power of the digital giants. It can enable us to link the build-out and operation of digital infrastructure to ecological sustainability and a Green New Deal. It can be a powerful tool for addressing the racial and urban-rural digital divides. And it can provide a mechanism for people to assert control and power over their own data. Most fundamentally, it gives us a new arena for democratic decision-making and a stake in the new system we seek to build out of the devastation caused by the current Covid-19 crisis.

Thomas M. Hanna is the research director at the Democracy Collaborative. Isaiah J. Poole is the editorial manager at the Next System Project.