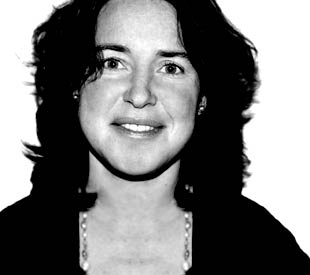 In early October, 30 people gathered at the Jane Addams Hull-House Museum in Chicago for a screening of Outlawed: Extraordinary Rendition, Torture and the Disappearances in the “War on Terror.” As the credits rolled, a few audience members timidly clapped. “I understand if you don’t want to applaud what you just saw,” said Gillian Caldwell, executive director of Witness and a producer of the film.

Outlawed is the latest film by Witness, a nonprofit group based in Brooklyn, N.Y. , that has documented human rights abuses since 1992, when it was founded by musician Peter Gabriel.

Caldwell hopes that the unease that emerges after watching Witness’ videos will translate into awareness. Partnering with Global Voices, a nonprofit citizens’ media project, Witness is in the process of creating a Human Rights Video Hub–a YouTube for human rights. View their test site. Current videos on the site document union protest beatings in Zimbabwe, Iraqi testimony of torture at the hands of the Iraq Security Force, and more.

Witness, which has worked with human rights groups in more than 60 countries, used to provide video cameras and the training needed to record abuses taking place. With the advent of surveillance cameras and camera phones, the strategies for documenting human rights abuses are changing.

In These Times sat down with Caldwell to learn more about this shift, and the organization’s plans for the future.

What initially led you into working with human rights campaigns?

I got involved in human rights-related work when I was about 12 and my high school teacher introduced me to the languishing school chapter of Amnesty International. The big debate for me was always, “Do I want to focus on human and civil rights issues here at home, or do I want to work in an international context?” I’ve felt somewhat divided about that, but always very much like a citizen of the planet.

What specifically drew you to working with Witness?

I was in Washington, D.C., in 1995 and a friend approached me and said that he was investigating the trade in Siberian tiger pelts and that the traders had offered to sell him women. He was using undercover video technology, and thought that we could develop a really powerful film about the sex trade, and wondered if I’d have some spare time to help him develop a grant proposal to do it. I was working as a civil rights attorney in D.C. at the time, and two weeks later I resigned from that job to get that campaign off the ground.

By January 1996, we were on a plane to Moscow. We had formed a dummy company, called International Liaisons, specializing in foreign models, escorts and entertainers. At undercover meetings with the Russian Mafia we were posing–mostly Steve, my colleague–as foreign buyers, interested in purchasing women and bringing them into the United States. So by the fall of 1997 we had a film, Bought and Sold, and it was in the process of that investigation that I got connected to Witness and in 1998 I became its first full-time director.

Why use video, as opposed to print or radio, to document human rights abuses?

Because visual imagery is so powerfully evocative. To wind the clock back, the other influential force in my life was visual imagery. I grew up in the back of an art gallery. My mother represented an artist who died recently, Leon Golub. He had these enormous prints, which were in my living room, of CIA-trained mercenaries urinating on political prisoners. Those were demanding images, demanding a response. I was hard-wired to be affected by visual imagery, and I think we all are on some level.

Many human rights abuses take place in the Third World, and video doesn’t seem to be an accessible format for people to see what’s happening in their own country. Is that a worry or consideration?

That becomes a challenge in the context of a situation when you want to do a local awareness-building campaign. For example, we worked with Bukeni Beck of the organization AJEDI-Ka in the Democratic Republic of Congo. The first video we produced with them, On the Front Lines, was intended to promote dialogue and awareness in the eastern region, where children were at risk for recruitment into the armed forces as child soldiers. Specifically, we wanted to provoke a conversation about voluntary recruitment, since a significant number of the children in the armed forces were recruited with their families’ consent. To make those screenings happen in villages and refuge camps that were off the grid, we had to provide the technology.

More often than not the primary audience is outside of the country, or inside of the country with key decision-makers who have access to the technology. So we develop a strategy to ensure that visual media makes its way to the minister of justice, or the parliamentary assembly or the president himself.

You said you wanted to create a YouTube for human rights. Can you talk about how you envision that happening?

We’re in the midst of developing a portal called something like, We Witness or You Witness. It will be a Web site to which anyone can upload content, create communities around issues that matter to them and mobilize, suggesting both online and offline advocacy. With cell phones having video-enabled technology and Web access, there’s a tremendous opportunity to capture abuse as it’s happening. If there was broader awareness about such a site, it could be enormously popular, whether you’re a concerned citizen, a human rights defender or a journalist.

Do you envision the videos having a viral quality? If so, how will that mesh with the entertainment-value of what gets pushed around the Web, which for the most part is either humorous or politically one-sided?

We are trying to contend with so many complex issues. But I don’t see how we can avoid stepping into this territory, because if we don’t, we’re a dinosaur. Everybody’s a media maker and a media distributor. How can we take advantage of that to make an even greater difference in terms of human rights issues?

In Outlawed, you document the stories of Khaled El-Masri and Binyam Mohamed. What drew you to their stories?

Both Khaled El-Masri and Binyam Mohamed are victims of extraordinary rendition, torture and disappearances, all of which are unlawful practices that the Bush administration and the Clinton administration prior to that have been involved in. Both of them were picked up, interrogated, tortured and effectively disappeared: Khaled El-Masri for over four months, Binyam Mohammed for over four years. Binyam is still held at Guantánamo. We’re trying to highlight the illegality of the system, to highlight the broad-based collusion by European, Asian and African governments. Not only is it unlawful, it’s deeply unproductive to approach the war on terror through these means, because it gives other countries carte-blanche to behave similarly and it fans the flames of that jihad that we’re seeing in the Middle East.

What’s the most disturbing aspect of the extraordinary rendition?

What happened to both men–and what’s happened to the several hundred, if not more than a thousand people, who’ve been victims of extraordinary rendition–is remarkable. Basically, people are picked up off the street. They are surrounded by five to six men, all dressed completely in black, who do not say a word; they pull out razors and cut the clothing off these people’s bodies; they administer a tranquilizer via an enema; they put these people in diapers, throw a jump-suit on them and, in the case of Binyam and El-Masri, transport them to a far-away prison where they’re interrogated and tortured. The system is so well-designed, so explicitly executed, that clearly it’s controlled by a central command. The fact that President Bush only recently, on September 6, admitted to the existence of the secret prisons, which has been reported for years, indicates how disingenuous this administration has been.

What do you hope Witness will achieve next?

In the past few years we’ve had substantial impact. Our goal with the campaign on child soldiers in the Congo was to convince the International Criminal Court to indict people for the use and recruitment of child soldiers; it’s now a war crime covered under the Rome Statute.

In the context of our work on feminicide in Mexico, a goal was to secure the release of David Mesa, who was tortured into confessing to the rape and murder of his cousin. We secured his release and got a resolution from the Mexican Congress to cease and desist from the practice of fabricating culprits through torture.

In our new campaign on slavery in rural Brazil, we hope to help ensure the enforcement of existing legislation that makes slavery illegal, and to modify the legislation to allow for land confiscation by repeat offenders. In each campaign, we have both incremental goals and long-term goals. We seem to be achieving what we set out to, so let’s hope for the best.