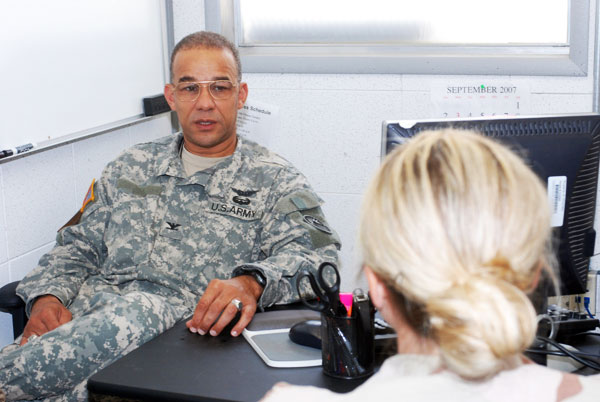 The Psychologists of Torture

'The conclusion that these interrogation techniques cause no lasting harm is the equivalent of psychological malpractice,' says Physicians for Human Rights' Steven Reisner.

One of the key, if underreported, findings in Tuesday’s bombshell Senate committee report on the Bush-era treatment of U.S. military detainees was the role of civilian and military psychologists in devising, directing and overseeing the torture of prisoners.

Understanding the role of these professionals should be a “specific focus” of an investigation into the use of these tactics, according to Physicians for Human Rights (PHR), which has condemned the tactics as illegal and medically unethical.

In a series of reports available on its Web site, PHR details the tactics, which it says include beating, sexual and cultural humiliation, forced nakedness, exposure to extreme temperatures, exploitation of phobias, sleep deprivation and sensory deprivation.

The Cambridge, Mass.-based organization, which won a Nobel Peace Prize in 1997, says psychologists “led the way” in legitimizing the Pentagon’s approval and use of the tactics. It has joined the Senate Armed Services Committee in calling on U.S. Attorney General Eric Holder to investigate who should be held accountable.

From Korea to Gitmo

The SERE program was based on interrogation methods used by the Chinese during the Korean War that aimed to elicit false confessions from American prisoners for propaganda purposes. Designed to enhance resistance to torture, the SERE program was reverse-engineered by psychologists working within a joint Army and CIA command to become the Bush administration’s “enhanced interrogation methods.”

“The two psychologists reviewed the materials and generated a paper on al Qaeda resistance capabilities and countermeasures to defeat that resistance,” according to this heavily redacted section of the Senate report. Mitchell and Jessen became CIA interrogation consultants the next year.

In April of 2002, Jessen created an “exploitation draft plan” for Guantanamo detainees. According to this plan, Jessen would direct SERE training of interrogators at the “exploitation facility,” which would be “off limits to non-essential personnel.” The Senate report makes several references to changing conditions at Guantanamo whenever the International Committee of the Red Cross came to visit.

Eventually, the Cuban military base became known as a “Battle Lab for new interrogation techniques,” which were then applied at military prisons in Iraq and Afghanistan and at CIA detention centers.

Military and law enforcement professionals repeatedly warned against the application of SERE tactics, but the Senate report shows that their use was urged by top Bush administration figures eager to find information linking Al Qaeda and Iraq. (And it concludes that their use at Guantanamo Bay, authorized by Secretary of Defense Donald Rumsfeld, led to the abuse of detainees there – as well as in Afghanistan and Iraq.)

The Senate report notes that SERE-based interrogation techniques were presented to Guantanamo personnel in September of 2002, despite the objections of instructors from Fort Bragg. In an interview with the Army’s Inspector General, Army psychiatrist Major Charles Burney said “interrogation tactics that rely on physical pressures or torture…do not tend to get you accurate information or reliable information.” According to Burney, instructors repeatedly stressed that harsh interrogations don’t work and that the information gleaned “is strongly likely to be false.”

Nonetheless, the SERE techniques came to be used by members of the newly created “Behavioral Science Consultation Teams” (BSCT), a joint operation of the Army and CIA. The first of those teams worked at Guantanamo.

The role of ‘safety officers’

The Senate report confirms the intimate involvement of health professionals in designing, supervising and implementing the Army and the CIA’s “enhanced” interrogation program. (The Justice Department’s Office of Legal Counsel memos, released April 16, revealed that medical professionals had served as “safety officers” during waterboarding and other interrogation sessions.)

Tactics used by psychologists and supervised by medical personnel clearly constituted torture and a grave breach of medical and professional ethics, according to both PHR and the International Committee of the Red Cross (ICRC).

In a February 2007 report made public earlier this year, the ICRC states that health professionals who participated in the interrogation process “constituted a gross breach of medical ethics” at times amounting to “participation in torture.”

“The monitoring of vital signs and giving instructions to interrogators to start and stop are some of the most severe abuses of the Hippocratic Oath and medical ethics imaginable,” says Nathanial Raymond, of PHR. “Strangely, the memos and the statements of former senior Bush Administration officials use the presence of medical professionals in contravention of their professional ethics as a defense, when it is in fact, itself, a crime.”

“These individuals must not only face prosecution for breaking the law,” Reisner says. “They must lose their licenses for shaming their profession’s ethics.”

The role of psychologists in torture became a hot issue within the American Psychological Association in 2005, when the board of the organization of mental health professionals endorsed psychologists’ role in interrogations as consistent with APA ethics, for the purpose of making it safe, legal and effective.

But a 2007 resolution of the APA membership proscribed member involvement in a number of interrogation tactics. Then, in 2008, the organization passed a further resolution against members’ presence at any facility where U.S. and international law was being violated, unless they were working for the benefit of the people held.

Prior to the 2008 APA resolution, Guantanamo’s public affairs office published an article in January 2008 describing the Behavioral Science Consultation Team as “integral” to the success of Guantanamo.

In that article, Army Colonel Larry James–a licensed psychologist and the director of Guantanamo’s Behavioral Science Consultation Team–says he feels validated by the APA’s approval (at its August 2007 convention) of psychologists working in military detention facilities.

“It’s clear given the vote at the APA convention that there is overwhelming support for psychologists who wear the uniform all around the world in defense of this nation,” James says.

“During my time here, I am proud to say that I have not seen a guard or interrogator abuse anyone in any shape or form,” he continues. The article reports that James worked with another licensed psychologist, a behavioral science specialist and leaders within the Joint Detention Group and the Joint Intelligence Group.

Since 2005, PHR has been working to hold accountable health professionals it believes were complicit in torture. The APA “has never comprehensively addressed the troubling ethical entanglement of some members of its leadership in the intelligence apparatus,” PHR’s Sara Greenberg wrote Wednesday.

the American Psychological Association issued its Report of the Presidential Task Force on Psychological Ethics and National Security, which seeks to legitimize the involvement of psychologists in interrogation; a role that is fundamentally inconsistent with ethical principles and both US and international law. In concluding that psychologists have a central role in interrogations, the Task Force gave short shrift to the ethical and human rights implications of coercive interrogation practices used by U.S. forces that relied on psychological expertise. Nor has the APA sanctioned its members responsible for designing and implementing torture.

PHR contrasts the APA’s flip-flopping with the unequivocal opposition to torture expressed by other leading organizations of health professionals, including the American Medical Association and the American Psychiatric Association.

With the debate over how to hold Bush administration-era officials accountable for alleged torture now reaching a fever pitch, PHR spokespeople have fanned out in the media, calling for the psychologists who justified, designed and implemented the interrogation programs to lose their professional licenses and face criminal prosecution.

“The conclusion that these interrogation techniques cause no lasting harm is the equivalent of psychological malpractice,” Reisner recently told the Inter Press Service. “How can you compare U.S. soldiers who volunteered for SERE training, and could have stopped their interrogations at any time, with the effects on a prisoner who has been ‘disappeared,’ is in fear for his life, and believes he will never see his family again?”

Frederick Clarkson is a Massachusetts-based independent journalist. He is the editor, most recently, of Dispatches from the Religious Left: The Future of Faith and Politics in America (Ig Publishing, 2008).