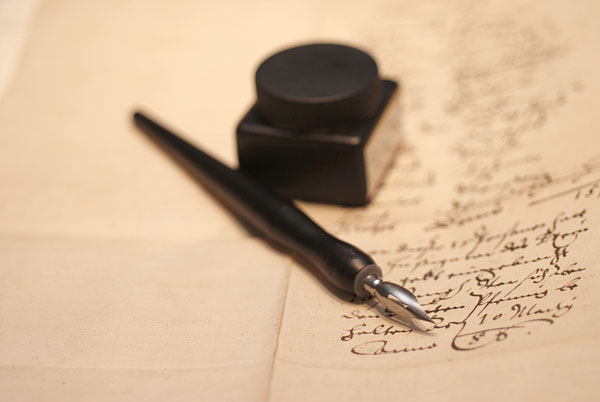 An open letter to my students.

Call me old-fashioned, but I don’t think that blogging or texting will get hundreds of thousands of people out in the the street. The Internet has turned you away from the world.

Last year marked the 40th anniversary of the Columbia University uprisings. The students had many grievances, including the university’s attempt to build a private gym in a public park and its involvement in the war in Vietnam, as well as the war itself and the unpopular draft. This year marks the 40th anniversary of both the Stonewall uprising and Woodstock. My involvement with a radical feminist group, Redstockings, also began four decades ago. I emerged from these events and groups as a radical lesbian, feminist and pacifist, committed to a lifetime of global struggle and local issues.

Reflecting back on these catalytic events, I wonder why you, my beloved students in women’s and gender studies at Pace University, aren’t out at the barricades in the fight against the interminable wars in Iraq and Afghanistan, widespread genocidal acts against women, the lack of equality for the queer community and evildoing by the banking industry.

I have tried to interest you in local crises through involvement in community outreach courses in which you work two hours or more per week in battered women’s shelters, at food pantries, in homeless shelters and with underprivileged children. I want you to become the next generation of activists. About one third of you enjoy your stint and get over feeling that community service is for felons. You stay on because you’ve bonded with your new community, knowing deep down that somehow you got more out of it than they did. (When I lost most of my eyesight and became a recipient of social services myself I found out that “it’s easier to give than to receive” is not a cliché but a hard truth.)

It seems to me, that many of you don’t see current “issues” as connected to you. That nothing is “real” unless you’ve seen it on reality TV. The violence in the world can’t match the latest hit film. Since there is no draft, attending college is no longer a prelude to going to Iraq or Afghanistan, except for those on ROTC scholarships. You think feminism is passé. For those of you who are white, racism is over, too, because Obama is president. There is no gender or racial gap at your minimum wage jobs at Abercrombie, The Gap and as student aides, but you haven’t entered the real work force yet. There’s a Stonewall Coalition at the university, but you don’t need that because New York City has so many queer bars and you have the fake I.D. to get in. You’re oh-so-out, though most of you can’t apply the LGBTQ words to yourself in my queer courses.

I observe your lives. You are smart and can do things via computer I can only dream of. But few of you read a newspaper or even online news sites. However, you are constantly texting and twittering–opening e-mail seems too dated. You want the news to be as brief and fast as Twitter; you would like classes to move along in some more amusing format like animé. You avoid doing research if it involves books; the text you read is on your cell.

Call me old-fashioned, but I don’t think that blogging or texting will get hundreds of thousands of people out in the street. If Martin Luther King, Jr. had blogged “I have a dream” on Facebook, how many would have twittered back, “Yeah, dude, I had a dream last night, too.”

Life online has turned you away from the world around you. This virtual life is more real to you than planet Earth. As Taylor McHugh, one of my activist students put it, “Students feel apathy, not empathy.”

When I was a student, the mimeo and ditto machines were the closest thing we had to going viral. Maybe some of us went out because we had nothing else to do, but there was only so long we could stay inside scrutinizing our Ché Guevara and Madame Binh posters. It was also so much less dangerous back then to risk losing a college degree over an uprising.

I understand how different your world is from mine. I know how much harder many of your lives are than mine was 40 years ago. My total undergraduate education at Barnard cost approximately $16,000, which my scholarship covered part of. According to US News and World Report, for example, the average indebtedness of a 2008 Pace graduate was $29,622. The minimum wage jobs that I worked at for $4.00 per hour should be $16 by now, not $7. 25. I shared an apartment on the Upper West Side with three other students for under $75 each per month.

I know that some of you have one job on the weekends, another at night; some of you work late as waiters, showing up the next afternoon to class hardly able to stay awake. (I know one of you worked all night at a supermarket, studying by sitting between the plastic bag holders when there were no customers.)

Some of you help support a single mother or siblings, but most of you simply have other priorities. You want things: brand-name clothes and shoes, iPods, iPhones, flat-screen TVs, fast laptops. Acquiring them takes weeks of work. Your drug of choice is consumerism, and you are its slave: You are Gen C, not Gen Y.

If I blame anyone, though, it is my colleagues and those of us on the Left who fail to lead and involve you.

I could blame the recession, but even in times of prosperity, most faculty members teach and go home. For most, there’s no sense of responsibility to students outside the classroom. Some, mostly from the humanities and social sciences, supported an SDS uprising against Pace University’s former president a few years back and helped oust him. It’s easier and more lucrative for faculty to research, teach extra courses or become a consultant on the side. For some, teaching IS the other job.

We on the Left haven’t done our jobs. Some organizations, such as the Left Forum, Third Wave Feminism and NARAL, encourage on-campus recruitment and participation. But we probably would be appalled if our students wanted to do more than simply support our efforts. We have not encouraged them to become leaders, instead of followers. In our early twenties, many of us founded or led organizations. Now we are still leading them, while the young remain powerless. They are the new women, relegated to making sandwiches and answering phones or e-mail rather than taking charge. The more Left groups became organized, the less the young were to be found in the hierarchy. Many groups suffer from “founders’ syndrome,” in which the original leaders are still there and not planning to step aside any time soon.

If we cherish our goals more than our own prowess, it is time for activists and tenured radicals to see ourselves as mentors and partners rather than leaders. This is how I now approach education, but shifting my attitude meant that I had to relinquish much of my power in the classroom. And that in turn has forced the students to take charge of some of the teaching, to abandon their comfortable passivity. It was and still is scary for all of us to some degree, but my battle-wise colleagues and comrades need to understand not only how much we can teach the young, but also how much we can learn from them if we will only listen.

Karla Jay, is Distinguished Professor of English and Women's and Gender Studies at Pace University. She is the author and/or editor of 10 books, including Tales of the Lavender Menace: A Memoir of Liberation (Basic Books, 1999).