Weekly Mulch: The EPA Can Regulate Carbon, For Now 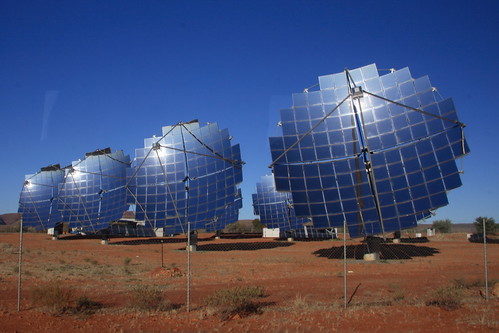 This week, the House voted to shut down the carbon regulation program at the Environmental Protection Agency, but the Senate rejected four different measures that would have stopped or delayed EPA action. The EPA, as mandated by the Supreme Court, has been moving forward with regulations that would require carbon polluters to apply for EPA permits and to use the best available method to start limiting carbon emissions.

The Office of Management and Budget has promised that if Congress does vote to end the regulation program, "senior advisors would recommend that [the president] veto the bill," as I report at The American Prospect. But as David Roberts points out at Grist, that does not mean President Obama would follow that course. Roberts writes:

I don't see a promise there. I see wiggle room where his advisers can "recommend" a veto and he can ignore their recommendations. And of course this leaves aside whether Obama would veto a spending or appropriations bill with an EPA-blocking rider.

The legislators who are supporting the anti-EPA bill often argue that the power to deal with this issue should rest with them, not the executive branch. But they also argue against the EPA's regulations on the grounds that they'll cost American companies money, leading to higher costs for consumers and fewer jobs.

It's true: Dealing with carbon is expensive. Right now, Americans simply aren't paying for the damage being done to the atmosphere, and many of us don't seem to care.

In Orion Magazine, Kathryn Miles writes about this problem in a review of Moral Ground: Ethical Action for a Planet in Peril, a new collection of essays on the problem of climate change:

As editors Kathleen Dean Moore and Michael P. Nelson argue in their introduction, neither scientific data nor externally imposed regulation will change hearts and minds — let alone our behavior. “What is missing,” they contend, “is the moral imperative, the conviction that assuring our own comfort at terrible cost to the future is not worthy of us as moral beings.” And so, rather than focus on atmospheric theory and tipping-point statistics, Moral Ground seeks to inspire action through a recognition of our species’ commitment to ethical behavior.

In some cases, making ethical environmental choices does mean paying more, at least temporarily, for clean energy, for products that create carbon pollution, for gas and oil. But there are also ways to fight climate change while saving money.

Composting, for example, costs nothing and produces something of value. In New York, the Lower East Side Ecology Center collects food scraps, composts them, and sells the finished product at the Union Square Farmer's Market. As Kara Cusolito writes at Campus Progress, "Composted food scraps—whether from food prep or leftovers — turn back into the rich, fluffy soil that farmers and gardeners need to grow more food." Farmers, for instance, can stop buying fertilizer if they start composting. Cusolito quotes one farmer who puts the choice in perspective: "Saying plants can't grow well if they're not conventionally fertilized is like saying people can't be as happy if they're not on drugs."

The price of solar energy

Clean energy isn't free of negative consequences, though, and clean energy advocates increasingly are butting heads with environmentalists who want to minimize the impact of new energy sources.

As dependence on natural gas, which counts as clean when compared with coal, grows in this country, worries about the threat of gas drilling to water sources is rising. At Earth Island Journal, Richard Ward of the UN Foundation, which supports natural gas as a clean energy source, and Jennifer Krill, executive director of Earthworks, lay out the cases for and against natural gas. Krill argues:

If the natural gas industry wants to be “clean,” it should embrace policies that mean no pollution of groundwater, drinking water, or surface waters; stringent controls on air pollution, including greenhouse gas emissions; protection for no-go zones, like drinking watersheds and sacred and wild lands; and respect for landowner rights, including the right to say no to drilling on their property.

But Krill notes the gas industry hasn't show much interest in pursuing those compromises. And out west, some conservationists are objecting to the influx of solar panels on fragile desert lands. One group, Solar Done Right, for instance, "doesn’t disagree that much more solar energy is needed in order to decrease fossil fuel consumption and reduce heat-trapping greenhouse gas emissions, but they do disagree with developing solar facilities the way utilities build massive coal- or gas-fired power plants," reports David O. Williams for The Colorado Independent. Instead, the group argues that solar energy can thrive in the "built environment," on rooftops and on sites that are not environmentally vulnerable.

No matter what we do, there will be some costs to getting off of carbon, both for the economy and for the environment. But if the world does not decrease its carbon emissions, the costs will be much higher.

This post features links to the best independent, progressive reporting about the environment by members of The Media Consortium. It is free to reprint. Visit the Mulch for a complete list of articles on environmental issues, or follow us on Twitter. And for the best progressive reporting on critical economy, health care and immigration issues, check out The Audit, The Pulse, and The Diaspora. This is a project of The Media Consortium, a network of leading independent media outlets.