Too Many Farmers? The Debate Continues 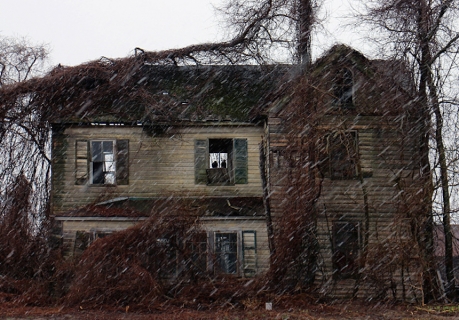 In recent years, publications, including Business Insider, have claimed that America has “too many farmers.” Their case was based on the simplistic and common notion that if one or two farmers can produce all of the raw materials for the food and fiber we need, then it must be inefficient for the farm economy to have more than that. It is usually inferred that this is the reason farmers are going broke. It’s just like over-employment at a factory: When you have too many people in one enterprise, you must downsize.

In 1999, Steven C. Blank a business professor at the University of California Berkeley, took this logic to its rational conclusion: the United States should get out of farming altogether. If farmers in developing countries can produce raw materials cheaper than we can, we should import these products and concentrate our energies on higher value enterprises.  He wrote, in The Futurist:

Today, the only people who argue in favor of  “saving the family farm” are former or current family farmers who have been or are being pushed out of business because they cannot compete with their larger, more profitable neighbors. Small mom-and-pop operations cannot compete with larger firms, so family farms have become an expensive lifestyle that America cannot afford; it is an inefficient use of resources that is becoming a hobby that leads to bankruptcy.

In his 2008 book The Economics of American Agriculture: Evolution and Global Development Blank expounded on this radical thesis:

The current trend in consolidation in agribusiness is expected to continue, meaning there will be fewer firms. The U.S. agribusiness sector will not become less important, however. Economic prospects are very good for firms that add value to [i.e. “optimize” efficiencies] agricultural commodities, so those firms will likely grow larger and have ever more power in controlling the world’s agricultural resources. … For farmers or ranchers, the prospect of being squeezed out of the profession they prefer is an unpleasant one. Being squeezed out often means the end of a family business and tradition that has lasted for generations. … [T]here are many people calling for the preservation of the “family farm” in America. In the “big picture,” however, letting American production agriculture shrink is allowing comparative advantage to work. The concept of comparative advantage asserts that a country should specialize in the production of whatever products its resources are best suited for.

We can’t blame the news media for coming to similar conclusions. The U.S. Department of Agriculture and mainstream farm organizations have, for almost a century, used the farmer/eater ratio to gauge the success of industrial agriculture. In the 1930s, one farmer “fed” only himself and three other eaters. The same farmer now “feeds” about 155 people. As the argument goes, this demonstrates the efficiency of our industrial farm/food system.

This equation ignores the fact that most farmers don’t feed themselves anymore, and many rely on food stamps just to feed their families. More importantly, this argument disregards increased energy and capital needed to fuel modern agriculture, not to mention the government subsidies that disproportionately benefit the large farming operations. It also fails to recognize labor needed to process, package and transport food to eaters, which was not part of the 1930s food system. Nor does it calculate the environmental costs that result from industrial agriculture. When these costs are added to the equation, other efficiencies disappear. Our food system may appear efficient by the old farmer/eater ratio, but this method to judge the efficiency of our farms is flawed.

These flaws have been recognized. For more than 20 years, David Pimentel at Cornell University has used a calorie formula to determine overall food system efficiency. He consistently has found that when we calculate all of the energy required to get food from the soil to the table, industrial agriculture doesn’t fare very well. Most of industrial agriculture uses about 10 calories of energy to produce every calorie of food that we eat. Local food systems that use less processing and packaging fare much better. He writes:

Every credible study of on-farm performance that I have seen shows that mid-sized farms, not mega-farms, are the most efficient. But even those studies don’t give us a good picture because they measure efficiency only in terms of production; they do not consider other contributions that farmers make to our common good.

The upshot of all this is that we haven’t had a serious discussion about how many farmers we really will need to meet our overall national goals. It’s easier to take the simplistic view that farms are food factories. Then we can determine farm size and population from the incomplete perspective of how much raw material, food and fiber are being produced.

In a September 2000 article for World Watch magazine, Brian Halweil gave us a comprehensive view of the role that farmers play in our society. The farm, Halweil argues, “is still the one link in the agrifood chain accounting for the largest share of agriculture’s public goods” including about 40 percent of the world’s jobs, many of its most vital communities, and many of its most diverse landscapes. And in providing many of these goods, small farms clearly have the advantage. The reason local farmers play such a crucial role in providing these additional benefits “which are hardly ever calculated in our economic efficiency models” is that farmers “are professionals with extensive knowledge of their local soils, weather, native plants, sources of fertilizer or mulch, native pollinators, ecology and community.” This still holds true today.

With respect to the contributions that smaller farms make to local economic and social stability, Halweil points to the well-known Walter Goldschmidt studies featured in his 1947 book, As You Sow: Three Studies in the Social Consequences of Agribusiness.  Goldschmidt surveyed two communities in California and found that smaller farms made a much more positive contribution to the independence and egalitarianism of their community than did larger farms.

Halweil also asserts that modest-sized farms are critical for local ecological stability. Smaller farms, whose operators may have fewer time constraints, tend to maintain greater diversity than larger operations, which makes them more resilient and productive. We know that sound ecological management cannot be carried out through centralized planning. Every ecological neighborhood is unique. People need to live on the land long enough and intimately enough to learn how to manage each neighborhood in an appropriate way.

Halweil points out that we now have more full-time prisoners than full-time farmers in this country. Today, the average farmer is about 59 years old, and farmers over 35 outnumber younger farmers by nearly three to one. Since 2012, the number of farmers under the age of 35 has dropped by nearly 16.1 percent. Surely, it is time to reexamine the prevailing notion that all we need to do to make farming profitable is to get rid of a few more farmers, fuse the remaining producers into corporate value chains through contracts with large, centralized companies, increase the U.S. share of the food export market and further enhance our production technologies.

It is time for us to reassess the impacts of our industrial agriculture model. If we decide, as a society, that we do not need the additional common goods that farmers produce, and that all we expect from farms is as much corn, soybeans, wheat, rice, cotton and meat as possible regardless of the social and environmental costs, then we can reduce the number of farms and farmers, and we can reasonably entertain a future, as the University of California’s Blank suggests, in which “the United Sattes becomes a giant processing center for food commodities produced in other countries and destined for consumption domestically.” He continues:

At the Leopold Center, we want to make these issues part of the national discussion as we work to fashion a new vision for agriculture for the 21st century—a vision of a “ ‘new generation’ food and agricultural system that meets the challenges of the 21st century with more productive and profitable farms, ecologically resilient landscapes and healthy rural communities.”

A version of this article was originally published by the Leopold Center for Sustainable Agriculture under the title “How Many Farmers Will We ‘Need’?”