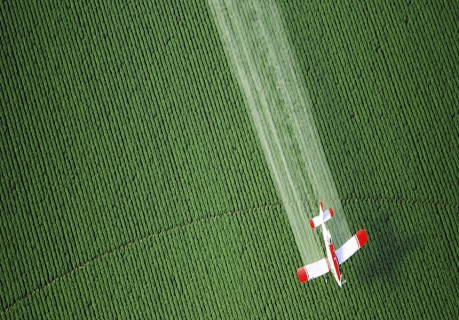 In her 2014 book, Collision Course: Endless Growth on a Finite Planet (MIT Press), Australian writer Kerryn Higgs provides us with a comprehensive historical analysis of how we came to believe unlimited economic growth is not only possible, but also the only way to solve our problems while raising the quality of life. As Higgs notes, “the notion of ever-lasting economic growth has gained virtually ubiquitous popularity, both with policymakers and in public discourse.”

But, as Higgs also points out, that proposition has been challenged by many scientists dating back to the classic study, The Limits to Growth, produced by Donella Meadows and her colleagues in 1972. The endless growth concept has also been questioned by ecological economists, who say that continuing to pursue unlimited growth on a finite planet will result in “uneconomic growth.” Unlimited economic growth eventually causes so much damage to the resources on which economic growth depends that the result is, as economist Herman Daly calls it, “illth” rather than “wealth.”

Our food and agriculture enterprises already may be arriving at that point of “uneconomic growth.”

Only a few decades ago, the pursuit of unlimited economic growth led the agriculture industry to adopt a singular management objective: maximum, efficient production for short-term economic return. That objective led to exploitation of natural resources required for such an economy (minerals, metals, fossil fuels, water, soil, etc.), which now are being depleted. As a result, it has become very difficult for farming practices dependent on these resources to achieve positive economic returns. This management objective also led agriculture to externalize all waste (excess nutrients, excess pesticides, carbon dioxide emissions, etc.), and the costs of these externalities now are coming home to roost.

Depletion of these natural resources has contributed to other costs, such as impairment of the ecological services provided by these natural systems and pollution, both of which make growth even more “uneconomic.” Some additional costs are the more severe weather events due to climate change caused by increased carbon emissions, an especially devastating situation for agriculture. As every farmer knows, favorable weather is a major factor that sustains productivity and economic growth on the farm. Consequently, our insane commitment to pursuing a future of unlimited economic growth in the face of depleting resources and impaired ecological services could put us on the path of “uneconomic growth” more quickly than we are willing to admit. This is our “collision course.”

Numerous authors advise us to quickly and radically begin making a transition from unlimited economic growth, and unlimited human population growth, to an alternative paradigm that acknowledges our dependence on the “health” and resilience of nature to sustain our own well-being.

Here are just a few examples:

The combination of these and other resources can help us make “big pivot” changes that can free us from an irrational commitment to unlimited economic growth on a limited planet. Only then can we embrace a more resilient, regenerative model of development that focuses on the “health of the land” and recognizes that land health is essential to our health because we are part of the biotic community.

Aldo Leopold reminded us that land health is “the capacity of the land for self-renewal.” The good news is that we already know how to manage land to enhance that capacity, as Leopold also acknowledged. First, we need to move beyond the goal of unlimited economic growth, which in any case will become necessary as our current economic growth becomes increasingly “uneconomic.” It is in our self-interest to begin that big pivot change sooner rather than later.

A version of this article was originally published by the Leopold Center for Sustainable Agriculture.