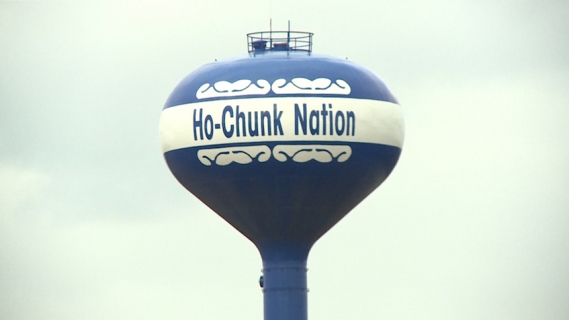 The Ho-Chunk are native to the present-day states of Wisconsin, Minnesota, and parts of Iowa and Illinois. The two separate federally recognized tribal governments are the Ho-Chunk Nation of Wisconsin and Winnebago Tribe of Nebraska.   (Photo: weau.com)

On September 17, the Ho-Chunk Nation of Wisconsin’s General Council voted to amend its tribal constitution to include Rights of Nature. The amendment—acknowledging that “ecosystems and natural communities within the Ho-Chunk territory possess an inherent, fundamental, and inalienable right to exist and thrive”—will allow the tribe to legally prohibit frac sand mining, fossil fuel extraction and genetic engineering in their communities.

The Ho-Chunk are the first tribal nation to draft such measures for their constitution, but similar efforts are underway (or already on the books) in dozens of municipalities in the United States and in countries around the world. In 2008, Ecuador became the first country to adopt Rights of Nature articles in their national constitution—declaring not only that nature “has the right to integral respect for its existence and for the maintenance and regeneration of its life cycles, structure, functions and evolutionary processes” but also that “persons, communities, peoples and nations can call upon public authorities to enforce” this right.

As a rule, once nature is granted rights, large-scale extractive industries violate those rights—damage to the ecosystems surrounding the targeted resource (what the mining industry refers to as “overburden”) being inevitable. In the United States, in 2014, the Little Mahoning Watershed in Grant Township, Indiana County, Penn., became the first ecosystem to intervene in a lawsuit.

Nearly all of these campaigns have been assisted or spearheaded by the Community Environmental Legal Defense Fund (CELDF)—a non-profit, non-governmental organization that partners with civil society organizations, indigenous peoples, communities, and governments around the world to provide people with the legal tools needed to protect their ecosystems from destruction (often at the hands of energy corporations and the governments who side with them). While at the forefront of the community rights movement in the United States, CELDF is also currently working in India, Nepal, Australia, Cameroon, Colombia, and other countries on the Rights of Nature. Thomas Linzey, the organization’s founder and executive director, is a contributing writer to Rural America In These Times.

The concept of granting inalienable rights to trees, oceans and mountains is controversial. Accepting that corporations are people has proved much easier for the Western world to rally behind than recent attempts to give ecosystems—the mechanisms on which all life depends—a voice. This is probably because, at first glance, the Rights of Nature concept sounds like a colossal windfall for lawyers and a vehicle for the implementation of more feel-good, but ineffective regulation. In reality, it’s the failure of governments around the world to adequately act on behalf of their people that is fueling the movement’s rise. At the heart of the Rights of Nature movement is the understanding that current environmental efforts—particularly the laws and regulations they inspire—are abject failures. They remain doomed from their very conception because these policies are operating within the same resource exploitation-based framework on which modern society is founded.

On the group’s website, CELDF, an advocate for a community’s right to self-govern, puts it this way:

Today, legal systems around the world treat nature as property to be exploited. Having title to property carries with it the legal authority to destroy the natural communities that depend upon that property for survival. Nature is right-less.

Further, in the United States, the few protections we do have for flora and fauna were passed under the authority of the Commerce Clause of the U.S. Constitution. The Commerce Clause grants exclusive authority over “interstate commerce” to Congress.Thus nature is treated as a commodity, rather than as entities with the right to exist and thrive.

Ecosystems and species across the globe are facing collapse under this legal framework. By almost every measure, the environment is worse today than when major U.S. environmental laws were adopted over 40 years ago. Despite this, countries around the world have sought to replicate U.S. environmental laws. Species decline worldwide is increasing, deforestation is continuing, ocean acidification is advancing, and global warming is accelerating far more than previously believed.

In other words, the Rights of Nature movement is arguing that in order to truly protect the environment, “we must fundamentally change the relationship between humankind and nature.” And in order for this transition to take place, we must stop considering ourselves and the societies we create as separate from nature.

The Global Alliance for the Rights of Nature, an international organization with which CELDF is aligned, explains it this way:

Rather than treating nature as property under the law, rights of nature acknowledges that nature in all its life forms has the right to exist, persist, maintain and regenerate its vital cycles.

And we—the people—have the legal authority and responsibility to enforce these rights on behalf of ecosystems. The ecosystem itself can be named as the defendant.

Under Rights of Nature laws:

Though people disagree as to how we get there, many of us can agree that protecting this planet’s air, land and water in the long-term will require replacing society’s current anthropocentric worldview with a more eco-centric one—accepting that we are not separate from nature. This reality is spurring some interesting discussions (and action) around the world.

For an interesting read about the implications of enforcing rights of nature on a global scale, check out Femke Wijdekop’s August 2016 essay for GreatTransition.org, Against Ecocide: Legal Protection for Earth. Exploring what it might take to achieve a more sustainable paradigm, Wijdekop, an attorney for the Institute for Environmental Security in Holland, calls the recent rise of climate litigation “an exciting development in the legal landscape” if for no other reason than “such litigation challenges short-term political thinking with legal action that focuses on the long-term consequences of today’s decisions.” Ultimately, Wijdekop questions whether ecocide—“the massive damage and destruction of ecosystems, such as the deforestation of the Amazon, the Deep Horizon oil spill, the Fukushima nuclear disaster, and Athabasca tar sands extraction”—should be considered “the fifth international crime.” (The other four are crimes recognized by the World Court in the Hague are crimes against humanity, war crimes, genocide and crimes of aggression.)

Here’s the press release regarding the Ho-Chunk General Council's vote in its entirety:

On Saturday, the General Council of the Ho-Chunk Nation voted overwhelmingly to amend their tribal constitution to enshrine the Rights of Nature. The Ho-Chunk Nation is the first tribal nation in the United States to take this critical step. A vote of the full membership will follow.​

The amendment establishes: “Ecosystems and natural communities within the Ho-Chunk territory possess an inherent, fundamental and inalienable right to exist and thrive.” Further it prohibits frac sand mining, fossil fuel extraction, and genetic engineering as violations of the Rights of Nature.

Bill Greendeer, a member of the Ho-Chunk Nation and the Deer clan, proposed the amendment. He explained, “Passing the Rights of Nature amendment will help us protect our land.”

Mari Margil, CELDF’s Associate Director stated, “We are honored to assist the Ho-Chunk Nation to become the first tribal nation to enshrine the Rights of Nature in its constitution.”

CELDF will be meeting with members of the Ho-Chunk Nation and members of other tribal nations in Wisconsin at the Traditional Ecological Knowledge conference to discuss Rights of Nature. The conference is being held in La Crosse, Wisc., at Viterbo University on October 14.

(Ed. Note 10/5/2016: We will update this post with information on the tribe's full membership vote when it becomes available.)