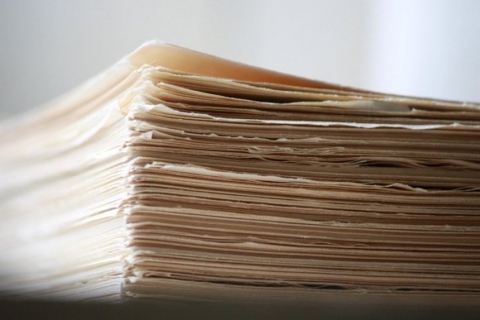 Transparency advocate Gary Ruskin wanted to know how the powerful food and agrochemical industries influence public universities and their research.

His small public interest consumer health watchdog organization, U.S. Right to Know, started investigating the connections between the industries, their allies, and taxpayer-funded universities. Public records are a crucial tool Ruskin uses frequently to uncover the details of the university interactions with agrochemical companies.

His numerous public records requests have produced documents that have exposed relationships between universities and companies like Monsanto, but the agrochemical industry is fighting to keep these ties secret.

A retired University of Oklahoma professor who serves on the board of directors of an organization with ties to Monsanto, Drew Kershen, has intervened in the lawsuit. He argued in his motion for summary judgment, which was later denied, that the release of the documents requested, which include internal agrochemical industry email discussions, would violate his privacy.

Kershen filed a discovery request on January 17, 2018 to interrogate Ruskin about why the Yahoo! group emails should be considered public record, and why he filed the records requests in the first place.

In his response, Ruskin objected to many of Kershen’s questions, which included “describe the type of knowledge the Requested Records were intended to perpetuate, communicate, or formalize” and “Why are you seeking the Requested Documents from the University of Florida?” Ruskin’s attorney says that under Florida law, no one needs a reason to request public documents, and the subjects of the information being requested don’t have to do anything in particular to make the records eligible for disclosure. She thinks it’s unlikely the judge will require him to answer these questions.

Michael Morisy, cofounder of government transparency website MuckRock, which helps automate public records requests, says this line of questioning is deeply concerning when judges take it seriously. “Under most states laws, if it’s open to you it’s open to everyone and it doesn’t matter why the requester wants the documents. Basis for release isn’t what your motivation is for asking for it. It would be very unusual for requesters to be forced to explain why.”

The emails that Ruskin did receive were illuminating. In them, Kershen urges other members of a Yahoo! email list used for internal industry discussion to resist Ruskin’s lawful records requests.

“I urge resisting disclosure as much as possible because USRTK is on a strategy to acquire as may emails as possible,” Kershen wrote in emails to the Yahoo! email group for internal industry discussion that were released through Ruskin’s public records requests. “Of course, USRTK will also be combing those released emails to create a negative narrative about each of us in a vast conspiracy of a secret cabal.”

US Right to Know has investigated Kershen’s organization, Genetic Literacy Project in the past, and published about its financial ties to agricultural engineering companies including Monsanto and Syngenta. (Kershen did not respond to request by Freedom of the Press Foundation for comment.)

This isn’t the first time Ruskin’s public records requests have sparked opposition from the agrochemical industry. Documents produced through his requests formed the basis of a 2015 front page Times article that detailed how Monsanto enlisted academics to oppose the labeling of genetically engineered foods. In response, Kevin Folta, a University of Florida professor, sued the Times and journalist Eric Lipton for defamation in 2017.

Folta even filed a broad subpoena against Ruskin and two other US Right to Know employees to testify in the lawsuit and produce documents, including their communications with the Times. Ruskin says that the the request was essentially demanding the nonprofit to produce over 100,000 documents for his subpoena alone. Folta finally withdrew the order after Ruskin’s legal representation filed a motion to quash the subpoena.

Records that reveal the details of relationships between government agencies and private entities are a critical use of the federal Freedom of Information Act and state-level public records acts. Yet, as these instances exemplify, private parties are increasingly deploying a diversity of tactics to prevent the disclosure of newsworthy documents about themselves.

Powerful corporations resisting disclosure of public records is not unique to the agrochemical industry or to Florida. Multinational corporation Landis+Gyr sued a public records requester and transparency website MuckRock in 2016 after the City of Seattle released records about the city’s new smart meter power grid. The company obtained a court order for MuckRock to de-publish the documents that was ultimately overturned, and even demanded MuckRock help identify readers who may have seen the documents —a potentially massive privacy violation.

Bus manufacturing company New Flyer sued Metro last May to block the release of the details of its $500 million contract with the agency. When a journalist in Texas requested traffic projections for a toll road project built by a private company, the company sued to block the release.

Facebook has demanded that officials give it at least three days notice before responding to any public records requests involving the company. In some cases, it has even asked to cities to send it a copy of the records request before officials respond. Facebook, as well as other companies including Amazon, have also used code names to shield their identities and hide their interactions with government agencies from the public.

Advance notice of public records requests could allow Facebook to initiate a “reverse FOIA”, in which a company tries to block the release of records about itself by bringing requesters to court. It could also allow companies to determine what stories journalists are pursuing and build a strategy to delay or halt unfavorable coverage.

Gary Ruskin worries that the opposition to his public records requests will deter future journalists or organizations from critically investigating corporate wrongdoing, especially those with less resources.

“If we win the University of Florida FOIA lawsuit, and get newsworthy documents, will any journalists write about them? Will they write, knowing that that even if they write an article that is fair and accurate [...], they may get sued for defamation?”

To Ruskin, the agrochemical industry’s resistance to U.S. Right to Know’s investigative work only reaffirms that it has information to hide. He thinks that information about the food that we eat, and the pesticides that we consume, are in the public interest, and he won’t stop fighting to bring corporate influence of scientific institutions to light.

Filing public records requests makes government activities public—inherently an act of journalism. Attempts by corporations and industries to block the release of public records about themselves are a threat to press freedom, whether they are deployed against newspapers, veteran journalists or citizens. The public has the right to know what government agencies are doing with their taxpayer dollars, and contractor compliance with laws can only be assured when this information is disclosed.

(“How Corporations Suppress Disclosure of Public Records About Themselves” was first published on freedom.press. The work is licensed under a Creative Commons 4.0 Attribution International License.)

Camille Fassett is a reporter for the Freedom of the Press Foundation. She documents press freedom violations, such as arrests of journalists, for the U.S. Press Freedom Tracker, and manages social media. Her academic work at UC Berkeley focused on international development and humanitarian aid. She is an activist, writer, self defense instructor and amateur chef.