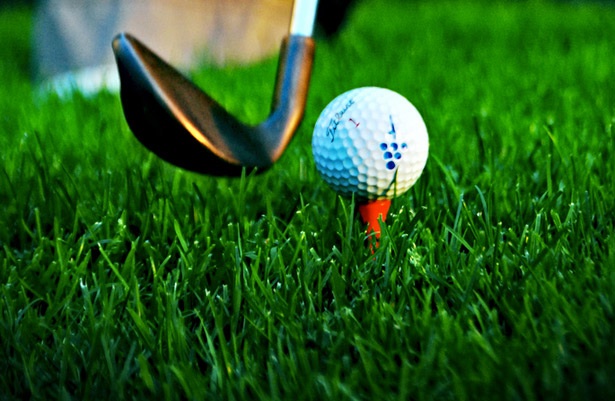 Nestled amidst the citrus trees and wildflowers of Oakland’s upscale Rockridge neighborhood sit the pristinely manicured courts, pools, greens and fairways of the Claremont Country Club. When the people who keep the club looking so beautiful are on their half-hour lunch break, you can see them standing around the entrance almost every day, holding signs and handing out literature to the doctors, judges and tech consultants driving their luxury sedans into the parking lot.

Claremont's greenskeepers and maintenance-shop workers, represented by SEIU Local 265, have been picketing for four months, ever since a new management crew unilaterally switched employees’ health insurance and stuck them with fees, according to workers. Since the picket began, management has installed cameras in the break room, also without notifying the union, per contractual obligation.

All of workers I interviewed requested anonymity, citing concerns of retaliation by management. They described one all-employee meeting, at which the recently installed management informed them that they had a choice of three different healthcare plans, and their previously fee-free plan was not one of them. Whichever choice the workers made would incur fees and, as one 14-year employee told me, “The way life is now, it’s tough.”

Workers say management cited the current economic sluggishness as the reason for the change, but, as one picketer pointed out, “They provide services for the top 1 or 2 percent. Some of these people are paying $50,000 a year to play golf here, and they have thousands of members, so money is not the issue.”

A Local 265 bulletin points out that “picketing at the club by this union has not occurred since 1994; thus, there has been a long standing mutually agreeable labor relations situation at the club for 18 years.” It notifies recipients that “unfair labor practices have been filed by this union with the Oakland office of the National Labor Relations Board.”

Michael Tynan, one of the union representatives coordinating the picket, was at the 1994 picket, and he says the workers then were much more hesitant to picket. These days, he says, the employees are all very close and regularly picket. Other members of Local 265, including cemetery workers, have been joining them on some days.

One picketer said he feels confident they are accruing leverage by winning the golf club members to their side. The members, many of whom are recipients of family legacies at the golf club, mostly support the picketing workers, he says. “When they come by, they’ll honk or wave,” he says. “A lot of them will roll down their windows and say, ‘We support you.’”

Nevertheless, the management team is “clearly grounded in their position of being anti-union,” he says. It is unclear to the workers and union representatives whether management has been instructed by the club’s board of directors to adopt its stance.

The union’s contract is up in October, by which time it hopes sympathetic club members and ongoing negotiations can pressure management into reversing its health insurance switch. Until then, Claremont's workers will be spending less time under the break room's cameras, and more time on the street, picketing during lunch.

J.A. Myerson is an independent journalist who blogs at jamyerson.com and who currently works with the Media and Labor Outreach Committees at Occupy Wall Street.