Are Young Workers the Future of Labor? 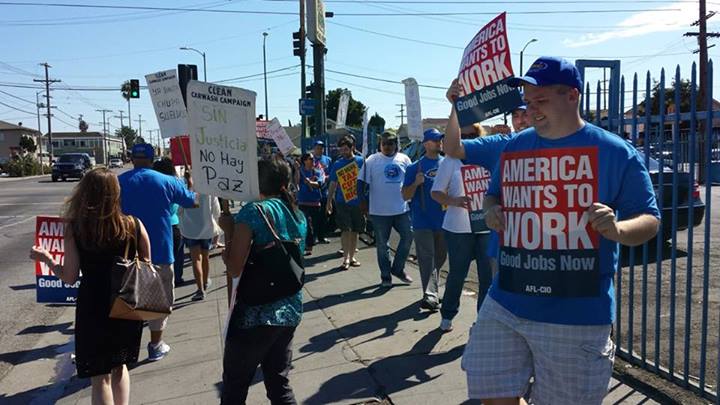 At the same time, nearly two-thirds of 18–29-year olds have a favorable impression of unions, more than any other age bracket. The time is ripe for labor leaders to bring the next generation into the fold.

In practice, however, unions attempting to recruit younger workers butt heads with the same forces that threaten labor’s existence writ large. Declining union density means younger workers may be less aware of the value of unionization or, within unions, less acquainted with older leaders who carry the tradition of rank-and-file leadership. With changes in the nature of work, such as the rise of minimum-wage and precarious employment, younger workers have fewer experiences with good jobs to compare against the new, worse ones and, in turn, less clarity about what organizing could accomplish. And there are sometimes generational tensions within unions: For instance, in industries such as auto manufacturing, some unions have submitted to two-tiered contracts, which set wages or benefits at lower rates for new workers—undermining intergenerational solidarity and relegating younger workers to second-class status.

While the AFL-CIO has had constituency groups for women, workers of color, and LGBT workers for decades, only recently has organized labor treated young workers as a distinct category. In 2010, the the federation launched a caucus for 35-and-younger members, Next Up, a network of 20-plus groups within regional councils and state federations that provide space for affinity and issue advocacy. And at this year’s AFL-CIO convention, young workers, like workers of color, figured more prominently than ever before. In the name of “empower[ing] the next generation of labor leaders to challenge, inspire, build and organize around issues that directly affect their generation,” the federation unanimously passed a resolution calling for the tripling of young worker groups over the next four years.

The Service Employees International Union (SEIU) has made a similar commitment with its Millennial Program, which aims to leverage young worker activism around issues such as debt and fast-food-industry abuses to stoke broader rank-and-file participation. SEIU Millennial members have protested at banks, student loan corporations, and the American Legislative Exchange Council headquarters.

To discuss what's next, In These Times spoke with Tahir Duckett, 30, the AFL-CIO’s National Young Worker Coordinator; Eric Clinton, 32, a former Disney World employee, a leader of Florida Young Workers, and president of Unite Here Local 362 in Orlando; Jessica Hayssen, 36, the head of the AFL-CIO-affiliated Minnesota Young Workers; and Austin Thompson, 27, the founder and lead organizer of SEIU Millennials. What follows is a condensed and edited version of our conversation.

What would you say about the importance of intergenerational dialogue within the labor movement? How can young worker groups help facilitate it?

Duckett: There's a lot that can be learned, and I think that it starts with young workers understanding that there is a way to fight back. That is one of the most important things about Next Up—helping young workers recognize, whether they’ve got a union or not, that there is an alternative [to bad jobs].

Thompson: I went to a meeting [last month] in Madison. It was an SEIU retirees meeting. The narrative as it is right now is that there's a generational battle happening: that somehow the seniors are getting better deals than Millennials got. On the flipside, there’s an alternative narrative that Millennials are selfish and they're not paying into the system. When I talked to the retirees, they very much have concerns about our generation. But when you look at [the hits that all workers are taking], they point to widespread institutional failures—all the dominant institutions in the country and around the world have completely failed. If you want to transform these failing institutions, you've got to think of it intergenerationally.

Hayssen: The leadership that I talk to realizes that there's a need for young workers to become more involved. Oftentimes they think that mentorship is a good idea, and I agree. And they also are thinking of ways to understand each other's issues.

We were talking about when President Reagan was elected in 1980, and about what started happening in the United States economy and society after that, and the Millennials didn't quite understand it. They said, ‘How could you let that happen?’ And then the Baby Boomers talked about it with them: All the different economic things happening in the world leading up to Reagan being elected, like the gas shortage, and the Iran situation. And then, the Millennials were like, ‘Now I understand the context.’ That was an ‘aha’ moment. Then, they debriefed afterward. It takes a little extra one-on-one time.

Thompson: My grandma went from Georgia during Jim Crow and got a job in Ohio at a laundry factory, and she has nothing more than an eighth grade education and was able to live a decent life because of the auto industry. The story of institutional failure is the one we have to talk about—not the character defects of the Millennial generation.

How did your groups get off the ground?

Duckett: Most of the programs grew organically. We had a number of programs start over the course of the last decade, but in 2009, the Massachusetts state federation proposed a resolution at the AFL-CIO convention that asked the AFL-CIO to invest in a program. That resolution passed, and out of that came a national Young Worker Advisory Council as well as a couple of national summits, where we launched national trainings and education.

Hayssen: The AFL-CIO was having listening sessions throughout the country with young workers. In July of 2010, we hosted one in Minnesota, and more than 40 attended, and our newly elected Secretary-Treasurer Liz Schuler attended. From that, the young workers started meeting. This summer, we also had a young workers training where they learned direct action in the morning, and they were able to apply that later in the afternoon, with us going to a bank. We partnered with Occupy Homes Minnesota and helped a family going through foreclosures.

Clinton: The young worker group here [in Florida] got started out of the program push from the national AFL-CIO, and a number of young organizers and activists here participated in the conferences in Washington, D.C. and Minneapolis. People thrive off of each other’s energy ... and participants then came back fired up.

Thompson: Our program really burst out of the 2011 worldwide social movement—everything from Occupy Wall Street to the occupation of the capitol of Wisconsin. In 2011, watching our union members become active in those struggles—not as members, but as part of this broader movement—inspired the conversation among our top leadership, particularly [SEIU President] Mary Kay Henry.

So at the 2012 convention in May, the Millennial program launched as part of a resolution called “Empowering Leaders for a Broad 99% Movement.” Coming out of that convention, it was essentially a process of locals identifying young members who had been actively participating in these other struggles [such as Occupy] and then creating committees so that they can involve themselves in those, this time through the lens of the labor movement.

Beyond serving as spaces for young workers to talk to each other, are there issues that young worker groups are particularly suited to tackle?

Thompson: The first thing we do when we convene a group of leaders is map out what's going on in our lives, in housing, in jobs, in education, and in government. After that conversation, we survey members on the top issues that emerge out of that conversation.

When you talk to public sector workers, for example, you’ll find that some of our members have more than $100,000 in debt. Some of our members in 668 [in Pennsylvania] have a committee that has been active in the national student debt campaign—with the Student Labor Action Project, the United States Student Association, and other groups. In their first action [a protest at a Harrisburg-based student loan agency], they had 85 first-time member volunteer activists.

We're starting to hear more and more among committees about fast food workers and the strikes that they've been organizing. And what's interesting is, they're not supporting the [non-union] fast-food workers out of a place solely of empathy—they see that this is the only future offered to us in the current economy. In order to provide for yourself, you’re going to have to settle for a poverty-wage job.

Clinton: In Florida, Stand Your Ground is, of course, a tremendously important issue for young people, given what's taken place here, with Trayvon Martin and others. [Last month] in Orlando, we partnered with SEIU and the Alliance for Citizenship to hold a demonstration where people participated in civil disobedience.

Duckett: Workers are trying to enter an economy that is stacked heavily against them, in terms of finding jobs in the first place, let alone finding a decent job, or one that will allow them to pay off a huge amount of debt. One of the things we're trying to do with the young worker movement is to provide people an outlet—to say that this inequality is not inevitable, but the result of a very purposeful corporate agenda that has driven wages and profits away from the pockets of workers.

I’m wondering how young worker groups, as caucuses, fit into the larger organizing infrastructure. For LGBT justice, for example, some groups have caucuses for LGBT workers, whereas others do LGBT training for all workers. Why caucuses for young workers?

Hayssen: Younger workers have unique problems that other generations don't have. By grouping together, we are able to relate to one another in a certain way that you can't do intergenerationally. During the summer, the group started having some interesting conversations around organizing in sectors with younger workers, at department stores, for example, which are geared toward younger workers. That's not necessarily a new idea, but it's something that they came up with themselves.

>Because the millennial generation is experiencing different crises—like double-digit unemployment rates—having a young worker group, where there are safe spaces for young people to talk about their problems with each other is important to have before talking to seasoned activists.

Thompson: [What Occupy Wall Street suggested] is that the question of leadership development really couldn’t be answered without answering questions of organization. The creation of the Millennial program focused on volunteer networks of Millennials directly. It’s really trying to figure out: How do we spark activism among people who are not engaging in the current vertical structure?

Duckett: Whether it’s through Occupy, the fast-food organizing that's happening throughout the country or the car wash campaign currently happening in Los Angeles—a lot of times, those are young folks. Every department at the AFL-CIO has an eye on including young worker perspectives. The organizing department is working with the United Students Against Sweatshops, Working America is looking at developing student-specific organizing models, and the policy department is focusing resources on developing specific policy with an eye towards the economic crisis facing young workers. But young workers still need a place to develop their leadership and organizational skills.