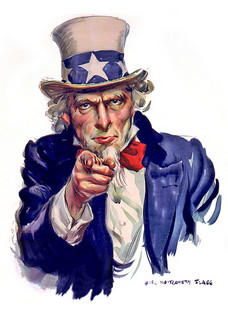 A pair of reports released this week show that the federal government routinely ignores worker safety and labor law violations when awarding contracts to private companies—and that American taxpayers are cheated in the process.

The first  comes from the staff of the Senate Health, Education, Labor, and Pension (HELP) Committee, which conducted a yearlong investigation of federal contracting records. Unveiled Wednesday by HELP Chairman Sen. Tom Harkin (D-Iowa), the report provides a long list of specific companies that break safety and labor laws yet continue to receive big government contracts. In particular, it names 49 law-breaking contractors that got more than $81 billion from Uncle Sam in 2012 alone—including AT&T, Home Depot and GM.

The HELP report was paired with one from the Center For American Progress (CAP) Action Fund, a Democratic Party advocacy group, which examined whether government contractors are actually fulfilling their contracts. The CAP report found that a number of companies shortchange taxpayers through poor performance, and names specific companies that stand out in this respect, including Lockheed Martin and KBR. Some of these scofflaw companies, such as international oil giant BP, overlapped with the HELP report lists.

The CAP report was presented Wednesday by Chairman John Podesta in a joint appearance with Harkin at CAP’s Washington D.C. headquarters.

Both Harkin and Podesta trace the origin of their respective reports to a 2010 study by the U.S. Government Accountability Office (GAO) that analyzed official data on safety and labor law violations by government contractors. That GAO report found that known violators routinely received new government contracts. It failed to name the specific contractor companies guilty of violations, however, and the HELP report was designed to provide the public with those names, as well as to bring the information up to date through 2012, according to Harkin. CAP report co-author David Madland says his effort “provides a nice complement” to the HELP analysis by highlighting that the contracting problem is not solely a labor issue, but also one of good government administration and the concern of taxpayers over wasteful spending.

The names of federal contractors guilty of fatal worker safety violations will be familiar to most Working In These Times readers. Harkin began his presentation by pointing to the workplace deaths of 10 employees in three separate incidents at the facilities of laundry operator Cintas Corp., shipbuilder ST Engineering Ltd. and oil refiner Tesoro Corp.  Despite these deaths, all three companies received federal contracts in 2012, with Tesoro alone getting $463 million last year, the report states. A lengthier list of safety violators (some fatal, some non-fatal) includes international oil giant BP, commodities conglomerate Louis Dreyfus Group, beef and chicken processor Tyson Foods, auto manufacturers General Motors and Chrysler, and defense contractor General Dynamics. Eighteen such companies received almost $23 billion in federal contracts between 2006 and 2013, the report details.

Harkin pointed out that of 18 companies with terrible safety records, only one, BP, had ever been barred from federal contracts—and that suspension from new contracts was spurred by the environmental damage from the 2010 Deep Water Horizon oil rig explosion, not from the safety violations (although 10 workers were killed). Federal contracting officers routinely ignore the bad worker safety records of companies competing for government business, he added, and reforms are needed to correct the problem.

Similar issues are raised when analyzing the records on wage-and-hour law violations, according to both HELP and CAP. Again the HELP report unearths many household names from the Department of Labor records of companies obliged to make back wage payments to workers for legal violations. Among them are Hewlett-Packard Co., AT&T, General Dynamics, Nestle S.A., Lockheed Martin Corp., Cerberus Capital Management, and Home Depot Inc. A group of the 32 worst offenders received  $73.1 billion from the federal government between 2007 and 2012, the HELP report says.

Harkin conceded that not all violations are so serious that contractors should be punished by exclusion from government business. Some violations apparently arise from simple errors, unavoidable accidents or other benign sources, he said. However, when the Labor Department finds willful and repeated violations, it can assess civil penalties. Harkin suggested that the contractors penalized in this way should receive special scrutiny before any new contracts are awarded. HELP researchers came up with the names of Sprint Nextel Corp, UnitedHealth Group, Marriott International, C&S Wholesalers Inc., Acosta Inc. and University of Pittsburgh Medical Center as examples of contractors already assessed for “severe and repeated” violations of labor law. Together, those six companies received about $470 million in federal contracts in 2012 alone, the report said.

Like the safety violators, none of the wage-and-hour labor-law violators have been barred from the further government contracts, Harkin emphasized. “There is an existing legal requirement (that contractors obey labor law) but it’s clear to me that compliance is not being considered” when new contracts are awarded, he said.

CAP came up with some of the same names when it separately analyzed the government data and “found that the companies with the worst records of harming workers were also guilty of shortchanging taxpayers through poor performance on government contracts and similar business agreements in ways that defraud the government and otherwise provide a bad value for taxpayers.”

Cited in this regard were:

Both Harkin and Podesta were full of righteous indignation about this state of affairs at their joint appearance Wednesday, but neither offered any sweeping new proposals to fix the problem. The HELP report states that existing law allows federal contract administrators to exclude offending companies and suggests that improved reporting and database management by the Labor Department could make it easier to bar scofflaw companies. It also proposes that President Barack Obama issue several small-scale executive orders that would streamline the process of legally excluding some companies. The CAP conclusion was even less ambitious, merely blaming “weak guidance and lax enforcement of the regulations” for the chronic contracting problems.

It’s possible that in ignoring the possibility of stronger federal laws, both reports implicitly recognized the impracticality of any new legislative initiative in Washington’s current political environment.

CAP’s Madland tells Working In These Times that the new reports represent a continuing effort by Democrats to wrestle with the contracting issue. Reform proposals early in the Obama administration known as “high road” contracting were abandoned in the face of political opposition, he says, but the need to make reforms to the contract process remains. “Workers are being killed because companies cut corners. ...The system is broken and needs to be reformed.”