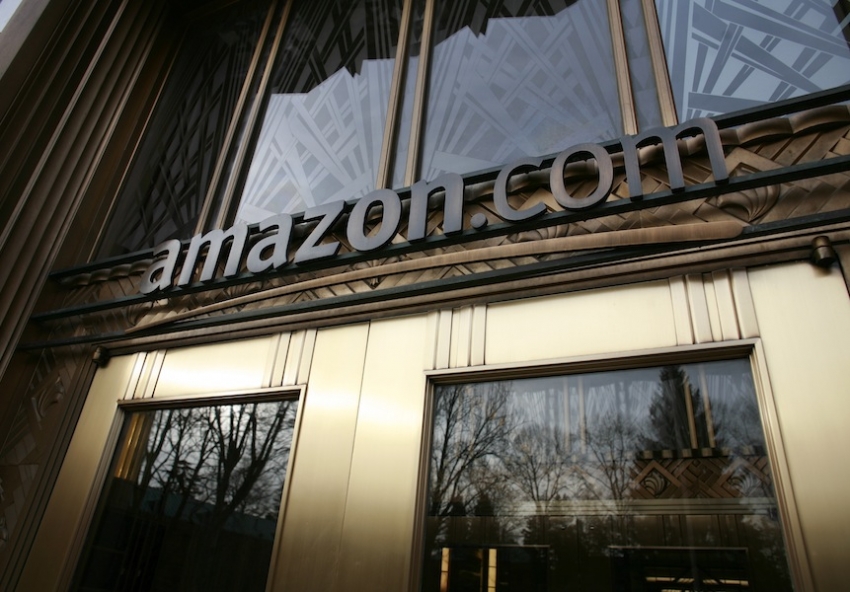 Amazon workers are demanding compensation for the up-to 25 minutes they were forced to spend waiting in security lines daily.   (Robert Scoble/Creative Commons)

The Supreme Court agreed has agreed to hear a case over whether the retail giant Amazon stole wages from warehouse workers at its U.S. distribution facilities by forcing them to wait in long lines for security screening without pay.

The case, Integrity Staffing Solutions, Inc. v. Busk, will be considered during the high court’s October term, with a decision expected by early next year. At issue is the proper application of the federal Fair Labor Standards Act (FLSA) and a related law, the Portal-to-Portal Act, both of which govern overtime payment for wage-earners.

According to court documents, warehouse workers Jessie Busk and Laurie Castro were employed by the temporary labor agency Integrity Staffing Solutions between 2008 and 2010 to work at separate Amazon warehouses in Nevada. At the end of the work shifts, all workers were required to undergo security-screening procedures designed to prevent worker theft. The screening created long lines and waiting times for the workers, typically about 25 minutes, on a daily basis. In 2010, Bust and Castro filed a class action lawsuit under FLSA, claiming that they should be compensated for this time.

Mark Thierman, the Reno, Nev., lawyer representing Busk and Castro, says the lawsuit has since been joined by another 500 workers from other warehouses. If the suit is fully successful, he tells In These Times, the settlement could include back pay for as many as 500,000 workers (both permanent and temporary) from all of Amazon’s more than 50 U.S. warehouses.

After working its way through the lower courts, the case reached the U.S. Court of Appeals for the Ninth District in 2013, which overruled prior decisions and found in favor of Busk and Castro. Integrity Staffing then appealed the Ninth Circuit decision to the Supreme Court.

The case has attracted the attention of pro-business lobby groups, which often fight interpretations of the FLSA that would lead to an expansion of overtime pay. The Retail Litigation Center, the Society for Human Resources Management, the U.S. Chamber of Commerce and the National Association of Manufacturers filed a joint amicus brief in the case in favor of denying additional wage payments to the workers.

A commentary from attorneys at Littler Mendelson, which is representing Integrity Staffing, explains the stake employers have in Busk. “The question is of great import for the nation’s employers as security screening is becoming an ever more common practice in the workplace,” write attorneys Neil Alexander, Rick Roskelley and Cory Walker. “Indeed, the Ninth Circuit’s determination in Busk has already triggered a spate of class-action suits filed by employees seeking back pay for time spent undergoing pre- or post-shift security measures. If allowed to stand, the Ninth Circuit’s determination could result in massive retroactive liability stemming from such suits.”

Amazon has come under renewed scrutiny since its announcement last year that it would build new warehouses and hire an additional 7,000 workers to supplement an existing permanent workforce of about 20,000. The non-union company was also the target of a failed union organizing campaign this year at a warehouse in Delaware, and has been the object of high-profile agitation by unions in Germany.

Some labor lawyers worry that the Supreme Court’s decision to hear the case signals that it may seek to reverse the Ninth Circuit Court’s previous decision in favor of the warehouse workers. “It’s not necessarily good news for workers,” says Catherine Ruckelshaus, General Counsel for the National Employment Law Project (NELP). However, she also notes that the high court has ruled in favor of workers in some similar cases in the past. “It’s hard to tell how it will come out,” she says.

Notwithstanding the pro-business leaning of the Supreme Court, Lierman believes that the Amazon workers have a strong case. “The security screening is something that is done solely for the benefit of the company, and they have complete control of the process. That’s important in these kinds of cases,” she says. Earlier court rulings on security screenings have made a careful distinction, she explains, between screening that are required by law or government regulation, and screenings that are imposed at the will of the employer. Workers have a better chance at getting compensation when the screenings are ordered by the employer solely for its own benefit.

Integrity Staffing attorneys at Littler Mendelson have hired Washington lawyer Paul D. Clement to act as the labor agency’s attorney of record. Clement is a Bush appointee who served in the Justice Department and as Solicitor General. He was also the lead attorney in the attempt to have the Affordable Care Act, or Obamacare, ruled unconstitutional by the Supreme Court.

Thierman says he's not intimidated by the high-priced legal team that will oppose him at the high court’s oral argument. “Common sense is on our side. I don’t know what [the Supreme Court] will do, but hopefully they’ll do the right thing.”