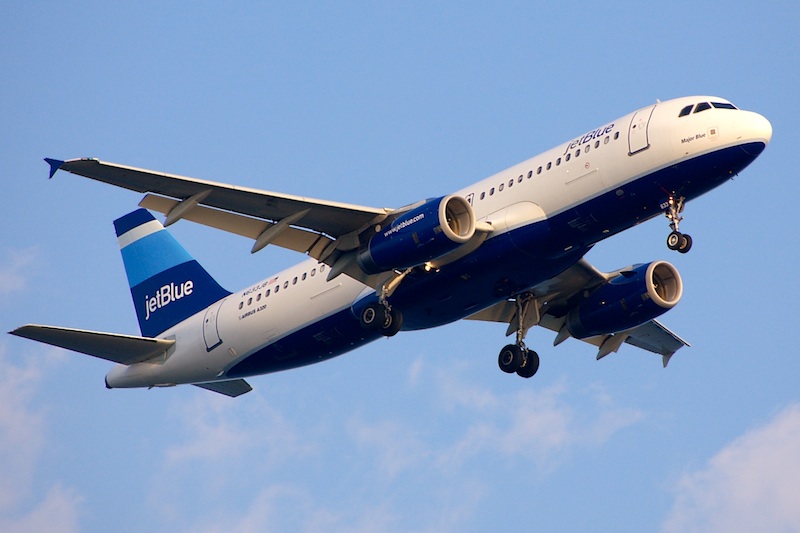 A union organizing campaign among some 2,500 pilots at JetBlue Airways won a big victory this week after the votes were counted in an election that will bring in the Air Line Pilots Association union (ALPA) to represent the JetBlue aviation workers.

The final vote was 1,734 in favor of ALPA, 56 write-ins for other unions and 639 opposed to unionization, for a pro-union total of 74 percent, according to the union. Turnout was unusually high, says one union organizer, with more than 95 percent of the 2,543 eligible pilots taking part in the National Mediation Board-supervised election.

But the vote also represented a broader victory for organized labor, because it is the first time a union has won an election at JetBlue since the growing company began operations in 2000.

JetBlue currently has a total of about 15,000 employees, so the election results may spur speculation that the ALPA victory is a step toward unionizing the company’s flight attendants, mechanics, baggage handlers and other workers.

Today, JetBlue pilots have voted for ALPA representation so that we have the ability to improve our professional careers. As committed as we are to our objectives, we also want to work with management to ensure we continue to contribute positively to JetBlue's success.

In a statement to In These Times, ALPA President Lee Moak stressed the importance of the win for JetBlue pilots and the labor movement as a whole:

As for the future of labor, much was made of the UAW’s narrow loss at Volkswagen in Tennessee. ALPA won an overwhelming victory among a significantly larger workforce located throughout the country. ALPA’s victory is at least as significant a sign for the future of labor as the UAW’s loss, because it showed that when workers look carefully into the benefits of unionization and are provided a choice in a fair election free of outside interference, unions stand a good chance of winning.

For its part, JetBlue, which had vigorously opposed any unionization, offered only this terse statement from Chief Executive Officer Dave Barger: “The National Mediation Board will authorize ALPA as the representative body for JetBlue pilots, and then both JetBlue and ALPA will organize negotiating committees.”

Barger’s tone—described as “churlish” by aviation author and blogger Christine Negroni—reflects a deep antipathy to unions by JetBlue managers, according to one company pilot who spoke to In These Times on condition of anonymity because the JetBlue pilots have not yet formed their first official union leadership committee to speak for the new ALPA members. Earlier union drives among the pilots were defeated by vigorous opposition by company managers in 2008 and 2011, he says, and that opposition continued in this latest election. That attitude may make for a painful process toward reaching a first union contract, and the Barger statement appears to confirm fears that the company will continue to fight the union at every turn.

At issue in contract negotiations will be better pay and improved working conditions, as well as long-term issues such as career protections and contract enforcement, the organizer says. He cited a survey from the independent airline consulting company KitDarby.com, published at Huffington Post this week, that showed JetBlue dead last among 12 major airlines in total compensation for pilots. Of the 11 competing airlines cited, all have pilots represented by unions, many of them by the 50,000-member ALPA.

High on the list of demands will be improvements in health insurance, the pilot says. “What we have now is a Walmart-style insurance with high premiums, high deductibles, and high out-of-pocket expenses. ... It’s the worst in the [airline] industry,” he says. He cited a recent case in which a veteran pilot had to out more $10,000 in childbirth expenses because the JetBlue health insurance plan would not cover the basic costs.

The pilot-organizer credited the union victory to a long series of missteps by company managers. One of the first, he says, was a widely circulated video in which JetBlue appeared to brag about manipulating the pilots during the 2011 union election. The video shows JetBlue management discussing an award from the Public Relations Society of America for the company’s efforts to defeat ALPA. It included a representative of the MWW Group, a high-powered public relations firm that assisted in the anti-union campaign.

“That video was an important part of the campaign. It showed that the company’s claim that it valued a direct relationship with the pilots was a façade,” he says. “JetBlue always likes to claim that it is different from other airlines ... but the pilots get angry when they see that they have been manipulated.”

Other issues that helped build support for ALPA were JetBlue’s delay in promised pay improvements, the company’s refusal to talk with a pilots’ committee about scheduling and related concerns, and the poor quality of the healthcare plan, the organizer says. “They made a lot of mistakes. They forced us to unionize.”