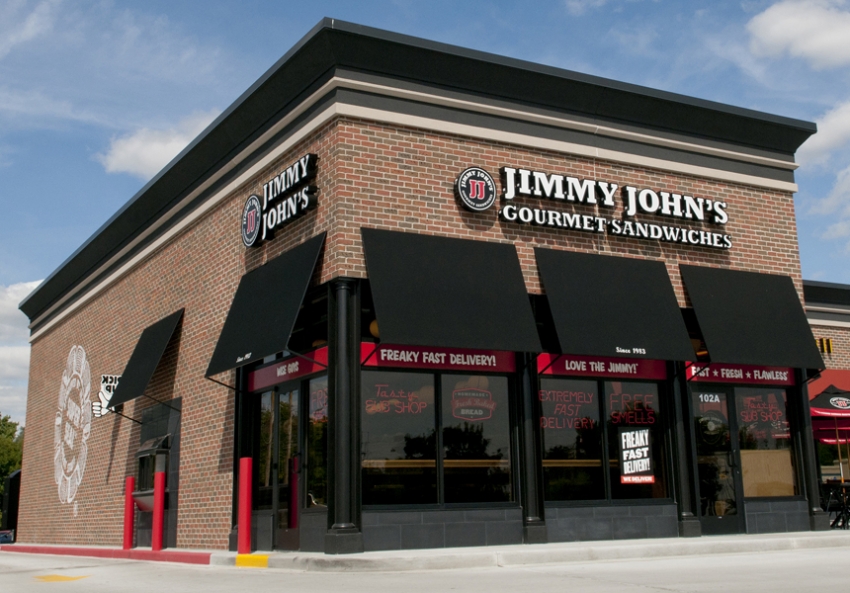 Following two years of highly publicized fast-food worker agitation around the country, workers at the Baltimore locations of Jimmy John’s Gourmet Sandwiches have launched a new organizing campaign under the banner of Jimmy John’s Workers Union, an affiliate of the Industrial Workers of the World (IWW).

Though the Jimmy John’s employees in Baltimore have only been informally organizing for about six months, they say their nascent efforts have already prompted harsh responses from management, including interrogation of employees about union activities. Last week, union supporters filed six unfair labor practice charges with the National Labor Relations Board (NLRB), arguing that such behavior is a form of illegal workplace discipline and harassment.

In addition to their recent anti-union maneuvers, Jimmy John’s managers—who together own all three Baltimore locations—have generally failed to recognize the legitimate grievances of workers, says Isaac Dalto, a delivery driver at the restaurant’s Inner Harbor location. According to Dalto, these demands include higher pay, employee-friendly scheduling of work shifts, paid sick days, time-and-a-half pay for delivery drivers working in hazardous weather conditions, and a harassment-free workplace.

Issues of low pay and work-shift scheduling are concerns shared by fast-food employees nationwide, Dalto notes, though he also points out that the Jimmy John’s movement has no official connection with the SEIU-sponsored “Fight for 15” campaign. One goal unique to the Baltimore workers, however, is gaining comparable pay with staff doing similar jobs at the Hilton Baltimore hotel, a lodging-entertainment complex that incorporates the Jimmmy John’s Inner Harbor location. Hilton’s bell hops and food-service workers receive minimum wages of $10.75 and $11.34 an hour, according to Hilton’s contract with UNITE-HERE. By contrast, Jimmy John’s staff members commonly make $7.25 to $8.00 an hour, says Dalto.

All of these issues, including the concerns of illegal discipline from management, were initially presented to one of the Baltimore franchise owners at a meeting on August 9, along with the overall demand that the union be formally recognized. And while there has been no formal response from the bosses, Dalto reports, the harassment detailed in the unfair labor practice charges has continued.

On August 22, union supporters gathered outside of the Jimmy John’s Inner Harbor location to present managers with copies of the NLRB charges. At the demonstration, franchise co-owner Danny Dolch declined comment to In These Times; he has not returned follow-up phone calls seeking comment this week.

The late-August action happened to follow on the heels of a separate NLRB decision on August 21, which backed up charges that Miklin Enterprises Inc., a Minneapolis Jimmy John’s franchisee with 10 locations in Twin Cities, had illegally fired six workers in 2011 for their union activity. The firings came after a 2010 union representation election, in which the IWW narrowly lost 85 to 87.

According to the NLRB, Miklin must reinstate the six workers and pay compensation for any lost wages in the intervening years. Miklin must also refrain from any further anti-union activity that violates NLRB rules.

Though the Baltimore demonstration had been scheduled before the Miklin decision, union activists say they’ve been both heartened and galvanized by the progress.

“We’re obviously pleased with the ruling,” Dalto comments. “But it’s been three years and obviously nobody [who had been fired] is going back to work there. Justice delayed is justice denied,” he says. He adds that he expects Miklin Enterprises to continue its legal fight against the union with an appeal of the latest NLRB ruling.

Brendan Camiel, another union supporter at Baltimore Jimmy John’s, tells In These Times that he “is under no illusion” that organizing will be easy. Among all three Baltimore locations, Jimmy John’s employs about 60 sandwich-makers and delivery personnel—and many of those workers, he says, have been intimidated by the anti-union posture of the owners.

“We’re making inroads, but there is still a lot of work to do,” he concludes.