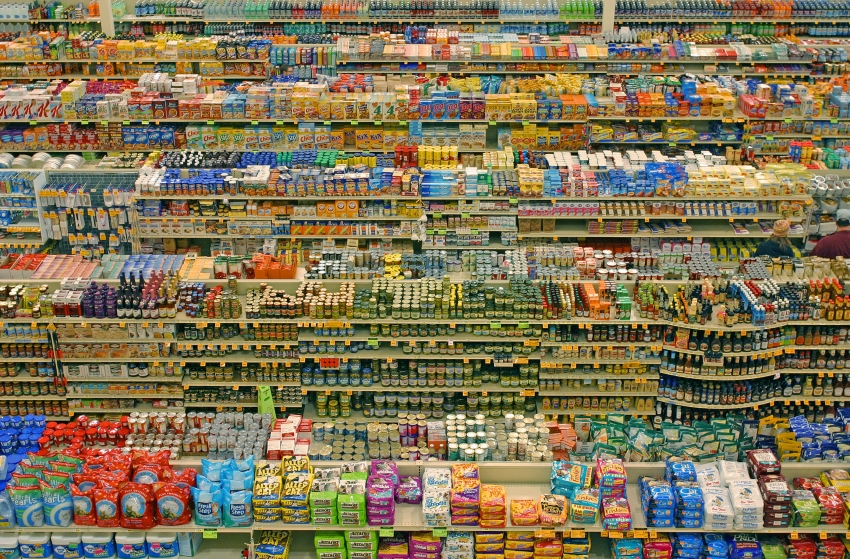 C&S Wholesalers have eliminated thousands of union jobs in the past. Are more on the chopping block on the East Coast? (lyza / Flickr)

Leaders of the International Brotherhood of Teamsters are mobilizing their forces in the wake of an unexpected attack by a notoriously anti-union warehousing company looking to undermine workers with back-room tactics in federal bankruptcy court.

The Keene, New Hampshire-based C&S Wholesale Grocers’s actions could prove to be an immediate threat to the livelihoods of about 1,100 Teamster members in the Mid-Atlantic region, the latest in a series of damaging anti-union maneuvers by the company. The action also highlights the growing market power of C&S, a low-profile company that has quietly grown into the nation’s largest warehousing corporation.

On Sept. 9, Associated Warehousing Inc. (AWI) of Robesonia, Pennsylvania, filed a Chapter 11 petition in federal bankruptcy court in Delaware. Any bankruptcy is troubling, says Iain Gold, Director of Strategic Research for the Teamsters, because of the potential for job loss, but the red flag for the union in the AWI case was that the company also announced it wanted to sell its assets to C&S as quickly as possible. The fates of the union contracts covering 1,100 Teamster truck drivers and warehouse workers—often on the chopping block in bankruptcy filings—were not mentioned.

“In bankruptcy law, it’s a stacked deck. It’s designed to protect capital, not workers,” Gold says. “We are trying to get the bankruptcy judge to consider fairness to the workers.” The union has faced this problem many times, he says, very recently in the Hostess Twinkies fiasco, where about 5,000 Teamsters unexpectedly lost their jobs.

According to court documents, AWI and its trucking subsidiaries operate five warehouses in Pennsylvania and New Jersey, employing a total of 2,236 people. Its fleet of leased trucks and trailers supply about 800 Mid-Atlantic retail stores with a huge array of food products and other items for sale to the general public. The principal warehouses are in Robesonia and York, Pennsylvania, and AWI subsidiary White Rose operates three other distribution centers in New Jersey. The company had about $2.2 billion in annual revenues in 2013, but is suffering declining profitability,  the court documents state.

The decision to enter bankruptcy was made earlier this year when an attempt to sell part of the company failed, stated Douglas A. Booth, who is described in court documents as AWI’s “chief restructuring officer.” The investment banker Lazard Middle Management LLC was hired to find a buyer for the White Rose subsidiary, according to Booth, but no deal was ever completed. Instead, AWI negotiated a proposed sale of the entire company to C&S as part of a Chapter 11 bankruptcy proceeding.

All of this activity was familiar to some Teamsters, especially in New Jersey. Memories of the regional grocery chain A&P’s separate Chapter 11 proceeding from 2011 are still fresh there. Most press accounts at the time focused on the closing of dozens of A&P supermarkets and the economic concessions forced on low-income grocery workers represented by the United Food & Commercial Workers union.

But another element of the A&P bankruptcy story was that C&S Wholesale gained control of an enormous warehousing complex court in Woodbridge, New Jersey, that was an essential link in the A&P supply chain. A&P received bankruptcy court permission to terminate its previous contract and sign a new one with C&S instead.

C&S promptly fired about 1,000 Teamster members and transferred all the warehousing and distribution work to other non-union sites that it controlled.

And that attack on Teamster jobs was not an isolated incident, according to Gold. Also in 2011, grocery chain operator in Ahold USA hired C&S to take over operation of its unionized warehouse in Jessup, Maryland. C&S immediately began winding down operations, transferring the grocery handling work to non-union C&S facilities in nearby Pennsylvania. After about a year, the Jessup warehouse closed entirely, eliminating 400 Teamster jobs.

The deal with Ahold was representative of an industry-wide trend for large grocery retailers to outsource their warehouse operations to third-party operators, Gold explains, and C&S has been riding the outsourcing wave to become the country’s largest warehousing company. A significant part of that growth has come at the expense of Teamster union membership, with an estimated 4,000 members losing their jobs since 2001 after C&S took over.

C&S also has an alleged track record of abuse of non-union workers. Attorney Steve Wittels of the Armonk, New York-based Wittels Law Group, tells Working In These Times that he brought a class action lawsuit against C&S in 2006 based on abuses of the overtime pay provisions of the federal Fair Labor Standards Act. The lawsuit alleged that non-union workers weren’t paid for overtime work at a C&S warehouse in Newburgh, New York, and later expanded to cover C&S warehouses across the country.

A settlement was reached with C&S in 2010 for $14 million, Wittels says, with the bulk of the money paid out to “thousands of C&S employees” who had been cheated of overtime pay. “The monetary settlement we achieved for C&S workers demonstrates that when employees unite to protect their rights, they can make even the biggest companies obey the wage laws,” Wittels says.

If blue collar work for C&S can be harsh, white collar work for the company can also be grueling and dehumanizing. In an article in Jacobin last year, former C&S office worker Jay Monaco provided an insider’s view of life at company headquarters. Intense pressure to meet the company’s profit goals creates a “dystopian” atmosphere of anxiety and fear so severe that stress-related health problems are a “dark inside joke” among local medical professionals, Monaco wrote. A culture of secrecy and suspicion pervades the place, fostered by Richard B. Cohen, the billionaire owner of C&S.

With all this as background, Teamster leaders met last week to organize their response to bankruptcy court developments. The union had already filed documents with the court to encourage other potential buyers of AWI to come forward and bid against C&S, according to Sandy Pope, President of Local 805 in Long Island City, New York. . The Teamsters  have had some success in this regard, she says, and two other bidders have come forward. No firm agreements have been made with any of the potential bidders, but each, including C&S, has said they want to renegotiate existing Teamster contracts and offer jobs to “substantially all” of AWI’s current employees. The glaring issue, is whether new contract will be fair to the workers.

“We’ve had extremely bad experiences with C&S. They have a pretty bad record,” Pope says.

Nevertheless, the bankruptcy court judge will decide on the sale of AWI, not the Teamsters, so the union will have to negotiate with the eventual buyer, whoever it is. But bankruptcy proceedings are rarely kind to union members.

“The reason AWI went to court in the first place, rather than just do[ing] a straight sale, is that they want to dump all the debt,” Pope says. “That includes more than $30 million in liability to four of our [Teamster] pension funds, which are hurting already.” In other words, the bankruptcy filing could be a way for AWI to avoid paying workers the benefits they are owed.

Pope says a coalition of six Teamsters locals from Pennsylvania, New Jersey and New York are organized with legal and financial experts from union headquarters to fight for the members. But if past experiences are any indication, further dealings with C&S and bankruptcy courts may be bleak for unionized workers.