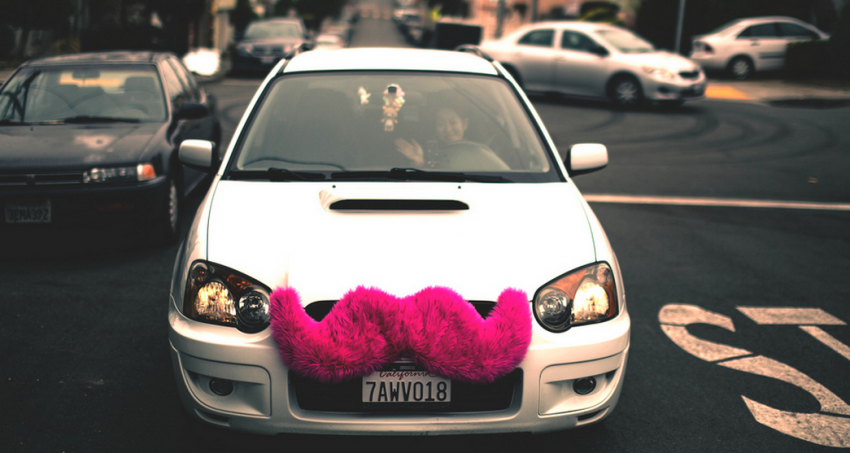 This summer, the California legislature passed two bills designed to protect workers and consumers caught up in the growing temp and “sharing” economies. While improvements upon the status quo, these legislative reforms, recently signed into law by Governor Brown, exclude some of the most vulnerable workers from the protections they provide.

Most significantly, the bills do not establish protections for those working in the sharing economy, including those driving for Uber and Lyft. The state continues to classify these workers as “independent contractors,” thus denying them workers’ compensation benefits and other labor rights. In excluding this ever-growing class of workers from basic protections, the state is allowing a new sector of the economy to be built on laissez faire labor regimes comparable to those that existed before the passage of workers’ compensation legislation in the early twentieth century, with potentially dire consequences for those whose labor makes the “sharing economy” run.

The first bill, AB 1897, seeks to hold companies liable for temp workers’ injuries. A 2013 ProPublica report noted that temporary employees in California suffered a 50% higher rate of injuries than permanent employees, in part because the companies that profited from their labor generally did not have to pay for their injuries in the form of higher workers’ compensation premiums. Firms could employ temp agencies or subcontractors in order to avoid liability.

AB 1897 closes this loophole and thus helps protect hundreds of thousands of temp employees in California, including workers employed in manufacturing and similarly dangerous industries. The bill doesn’t, however, protect workers classified as “private contractors,” including Uber drivers, Homejoy housecleaners, and others whose labor generates profits for those who run the burgeoning “sharing economy.” Those classified as private contractors are imagined to be working for themselves; they are seen as entrepreneurs who choose to take on risk, rather than employees who are entitled to basic workplace protections.

The second bill, AB 2293, seeks to close gaps in liability insurance at Uber, Lyft, and other so-called “Transportation Network Companies.” This past winter, on New Year’s Eve, an Uber driver in San Francisco struck and killed a young pedestrian, Sofia Liu, and injured her family members. At the time, Uber only carried backup insurance covering periods when passengers were being transported.

The company initially attempted to deny any legal responsibility for Sofia Liu’s death on the grounds that the driver was not carrying any passengers at the time of the accident, and was therefore not contracting with Uber. AB 2293 requires that Uber drivers have a certain minimum level of commercial insurance for all periods when they are at work, and that Uber hold backup insurance for the entire period when its drivers are logged into its network. While the bill allows for the possibility that companies, rather than drivers, will pay for primary liability insurance, the wording of the bill makes this highly unlikely: companies will probably push this cost onto their drivers.

By mandating insurance for the entire period when drivers are logged into the Uber network, AB 2293 challenges Uber’s attempt to draw a clear distinction, with respect to third party liability, between periods when drivers are directly generating profit for the company and periods when they are not.

Unfortunately, Uber’s intensive lobbying over the summer reduced AB 2293 to a shadow of its original self. As noted by the Consumer Federation of California, in its final form the bill establishes insurance minimums far below those required of taxi, limo, and other companies that provide similar services. But the bill was flawed even at its inception, as it never sought to protect workers.

AB 2293 makes drivers legally responsible for carrying liability insurance for passengers, pedestrians, and other motorists, while withholding from drivers and their family members guarantees of compensation or support in the event that they are injured or killed on the job. Drivers cannot even protect themselves by purchasing comprehensive car insurance, since this insurance does not apply when they are using the vehicle for commercial purposes.

Thus a bill purporting to close “insurance gaps” at Uber et al. does not address the most basic coverage gap for workers. Uber drivers, like others working in the sharing economy, will continue to be denied the social insurance provided by workers’ compensation policies.

Workers’ compensation policies generally provide reimbursement for lost wages, coverage of medical costs, and, in the case of workers fatally injured on the job, payments to workers’ heirs. In contrast to insurance coverage, workers’ comp benefits are paid regardless of who is at fault for the injury.

This ensures that managers of companies cannot avoid liability for unsafe conditions of work—i.e. degraded machinery; rapid, repetitively performed tasks; or long periods of uninterrupted labor. Workers are covered even when their exhaustion or stress results in a careless mistake that causes an injurious accident.  Workers’ compensation policies thus can provide workers with some modicum of stability, while giving managers the financial incentive to remedy unsafe conditions of labor.

When managers lack an incentive to address workplace safety, the likelihood of on-the-job injury skyrockets, as we can see in the ProPublica report on temp workers’ injuries. To appreciate why injury rates would skyrocket under these conditions, we can also consider the conditions of labor that prevailed in the late nineteenth century. This was a time before the establishment of workers’ compensation benefits and other health and safety protections, when employees were held individually responsible for preventing and managing the effects of injuries on the job (as are those now employed in the “sharing economy”).

In Britain and the United States—following popular attempts to impose upon companies some responsibility to pay for workplace injuries—mid-nineteenth century legal decisions established consumers’ rights to compensation for accident-induced injuries, while denying such rights to workers and their heirs. When workers were fatally injured on the job, those dependent upon their wages for survival lacked any legal recourse or means of economic support. Workers and their spouses were left to fend for themselves.

As devastating and frequent as industrial injuries were at the time, managers generally did not have to factor workers’ injuries into their account books. For this reason, when their profits dipped, as during the depression of the early 1870s, managers chose to accelerate production processes and extend workers’ hours in ways that they knew would result in more frequent accidents and injuries. In response to such callous “speedups,” workers and widows in the railway industry began in the 1870s to build unions and to press for the establishment of workers’ compensation benefits—efforts that, a few decades later, would bear fruit.

Today, those who fund and manage Uber, Homejoy, Lyft, Taskrabbit, and other start-up companies are attempting to construct a new model of work and economic exchange, which they refer to as the “sharing economy.” Those who profit from this economy classify those who work in it as “independent contractors,” in part in order to avoid responsibility for providing workers’ compensation and other benefits.

The sharing economy’s boosters thus seek to reverse the gains in worker safety realized over a century ago by those who suffered the effects of injurious working conditions and inadequate state support. And, as we’ve witnessed this summer, state legislators and regulatory agencies appear willing to go along with the sharing economy’s “innovative” degradation of workplace safety.

The effects of this degradation are beginning to become apparent.  Uber, facing competitive pressures, has begun shifting drivers’ terms of employment in ways that encourage them to dart more quickly from job to job, and to work for twelve, fifteen, or even seventeen hours at a time. Under these conditions, accidents become much more likely—just as they did for overworked 19th century industrial workers with few legal protections.

But since drivers are primarily responsible for covering liability insurance for passengers and pedestrians, and since Uber will continue to bear no cost in the event that drivers suffer injuries while working, the increasingly unsafe conditions imposed on drivers are unlikely to disrupt Uber’s profits or overall business model. That is, unless these unsafe conditions provoke another wave of labor organizing and public outrage.

Amanda Armstrong is a doctoral student in the Department of Rhetoric at the University of California-Berkeley.