Why My Charter School Needs a Union 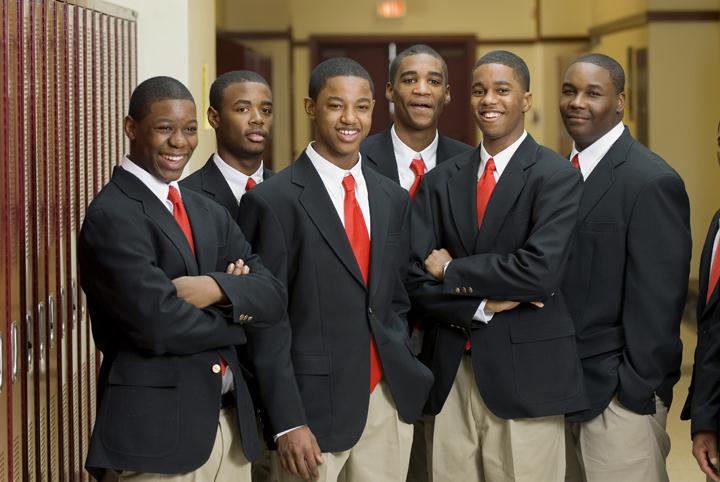 "But the questions we’re asking go beyond Urban Prep’s specific practices. This is about the ethics and fiscal responsibility of Urban Prep and all charter schools."   (Edushyster)

Teachers and staff at Chicago’s Urban Prep Academies and North Lawndale College Prep (NLCP) announced in February that they are seeking to form a union in the face of low teacher retention due to low pay and lack of resources and support for teachers and staff. If Urban Prep and NLCP’s unions are recognized, it would mean nearly one in four Chicago charter schools would be unionized. Leaders in the movement believe unionizing can deliver better compensation, clearer expectations and the security of due process for teachers. Here, Urban Prep teacher Dave Woo argues that unionization can also "shine a light into the dark unknown crevices of charter school management."

Why does my charter school need a union? In a word: accountability. After having worked at Chicago’s Urban Prep Charter Academy for six years, I have serious concerns about how resources are allocated by my own charter network. And my research into whether charter schools are truly public or private entities under the law has convinced me that these problems aren’t confined to schools like Urban Prep or Chicago’s UNO network. There are serious questions that need to be asked about the lack of accountability for charter school operators. Having a union at charters schools will force operators to think twice before doing anything that isn’t in the best interest of students.

When a majority of teachers and staff at Urban Prep decided to organize a union represented by the Chicago Alliance of Charter Teachers and Staff, one of the first actions we took was to file a FOIA request in order to get a better sense of how the Urban Prep network uses the tax dollars and private donations it receives. Here are some of the things we found:

Although the FOIAs haven’t uncovered anything illegal, Urban Prep’s allocation of resources raises questions about whether this money is actually going to improve the education of students. Our decision to form a union at Urban Prep isn’t primarily about compensation. It is about asking Urban Prep why they choose to rent out a space downtown for their administrative offices, when they could use a fraction of their rent to provide better technology to teachers (many teachers have had to purchase their own technology resources or ask for donations from Urban Prep). It is about asking Urban Prep why their administrators deserve comparable wages to their CPS counterparts, but teachers apparently don’t. But the questions we’re asking go beyond Urban Prep’s specific practices. This is about the ethics and fiscal responsibility of Urban Prep and all charter schools.

Not an isolated problem

I recently had the opportunity to share a paper that I wrote at the AERA 2015 meeting in Chicago. The paper centered on a case involving Chicago’s largest charter network: UNO Charter Schools. A gym teacher at one of the UNO schools was dismissed and the teacher filed a suit claiming that he had been discharged unfairly for whistle blowing about an incident of student-to-student sexual harassment. Although the case never went to trial, it picqued my interest in trying to understand whether charter schools are truly public or private entities under the law. Both my research into UNO’s questionable business practices and my own experiences as a charter school educator have made me acutely aware of what is at stake if some sort of check is not placed on charter school operators.

I’m convinced that unions are an important mechanism for holding charter schools accountable. In recent years, a coalition of forces has successfully framed unions as being resistant to reform and being a detriment to changes that are needed in schools. The recent films, Waiting for Superman andThe Lottery are prime examples of this effort to demonize unions. (As a side note, our founder required all of our employees to sit through both of these movies as professional development). And while unionization won’t address all of the accountability issues in charter schools, unions can help to shine a light into the dark unknown crevices of charter school management.

Efforts by teachers and staff at schools like Urban Prep should also encourage taxpayers to ask their own questions about the kinds of schools they are funding, and why teachers feel the need to organize in order to stand up to administrators. Urban Prep was scheduled to hold a public board meeting on April 16th. Many teachers and parents had hoped to attend in order to get answers to the sorts of questions that I’ve outlined here. The meeting was canceled on the evening of April 15th. It has yet to be rescheduled.

Dave Woo has been a teacher at Chicago’s Urban Prep Academy for six years.