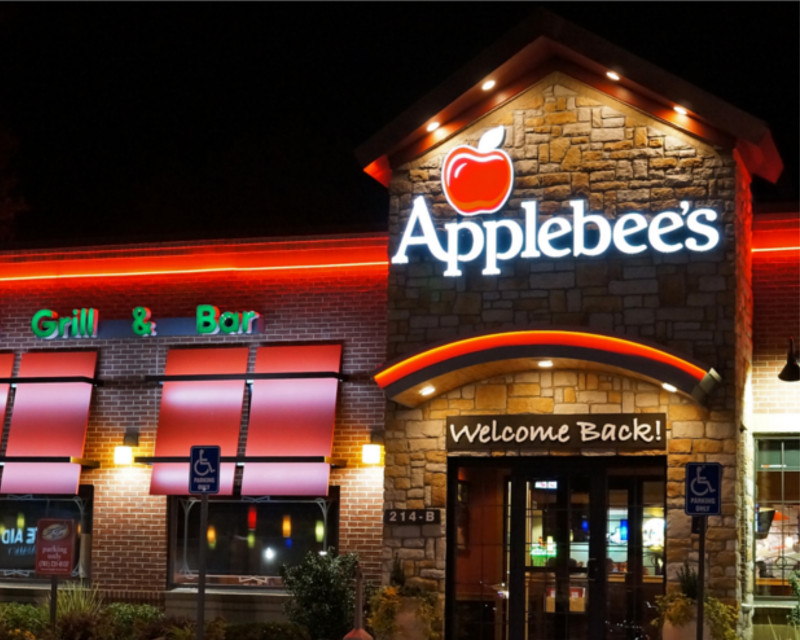 Class action lawsuits are often the only way non-union workers can get the money owed to them by cheating bosses. (Anthony92931 / Wikimedia Commons)

Workers in the restaurant industry are routinely the victims of wage theft. For workers without a union, suing the company is one of the few ways to recover those wages. But a legal fight led by the restaurant chain Applebee’s against the National Labor Relations Board is aiming to further limit workers’ ability to sue the company over disputes on the job.

The Rose Group, a Pennsylvania-based franchise operator of 56 Applebee’s restaurants in several states, is fighting a recent ruling by a labor board judge that the company violated the rights of its workers by forcing them to sign agreements not to sue, but instead to settle disputes in private arbitration. In an April 22 decision, Administrative Law Judge Susan A. Flynn found that Rose Group had engaged in an illegal unfair labor practice by forcing workers to sign a “Dispute Resolution Program and Agreement” that restricts their rights to join class action lawsuits against Applebee’s.

Rose Group attorney Thomas Lewis tells In These Times he is challenging the ruling before the full NLRB and, if he loses there, will take the case on to federal court. “We’re confident the court will support us” against the NLRB, he says.

The ability of employees to file such suits is far from an obscure legal issue, according to Catherine Ruckelshaus, Senior Attorney of the National Employment Law Project. Wage theft violations of the federal Fair Labor Standards Act are rife in the franchise restaurant industry, she says, and class action lawsuits are often the only way non-union workers can get the money owed to them by cheating bosses.

Common complaints are violations of the minimum wage law and failure to pay proper overtime. A separate Applebee’s franchise operator in New York is currently facing a class action suit covering thousands of workers for precisely these sorts of violations, and a similar case in Chicago was recently settled in favor of the workers.

The Rose Group case began in August 2014 when server Jeff Armstrong filed a complaint with the NLRB. He had been employed at the Applebee’s in Rehoboth Beach, Delaware, for about a year and his complaint stated that he had been unfairly fired and that the restaurant’s mandatory arbitration policy was illegal. While considering his complaint, the NLRB threw out his claim of unfair dismissal, but agreed with him that the arbitration policy violated his rights as a worker to engage in collective action.

“I got my job back and I got the policies changed, so I feel like I did pretty well,” Armstrong said shortly after resuming work at Applebee’s. Armstrong, a quiet labor rights champion featured in a 2012 In These Times article about workers pushing back against the restrictive social media policies of supermarket giant Ahold USA, returned to work at Applebee’s last month shortly after Judge Flynn’s decision. He reports that he has been welcomed back on the job with no problems.

But Lewis, the Rose Group attorney with the New Jersey-based firm Stevens & Lee, says the legal nuances of his case may prove a bit more complicated. NLRB procedures give the Rose Group the right to have Judge Flynn’s decision reviewed by the full five-member Board, he says, and the law also allows Rose Group to challenge any full board decisions in federal court. Rose Group intends to fight the NLRB all the way, he says.

Lewis’s confidence is likely based, in part, on a 2013 decision in favor of The Rose Group by a federal judge in Pennsylvania. According to a contemporary report in the on-line legal news service Law360:

A Pennsylvania federal judge...enforced the company's arbitration agreement with its employees, reluctantly saying that while such individual arbitration deals may be “unappetizing,” they are legally enforceable.

U.S. District Judge Berle M. Schiller voiced concern in his memorandum opinion … that The Rose Group had forced workers to sign away their right to litigate disputes in exchange for employment, but he ultimately determined that plaintiff Charles Walton couldn't show the arbitration agreement was both procedurally and substantively unconscionable.

"As unappetizing as the result may be, the state of the law compels this court to grant defendant’s motion and stay these proceedings so that Walton can arbitrate his claims on an individual basis against defendant," the opinion said.

But Judge Schiller made it clear the ruling didn't sit well with him, and he noted that the increasing use of these overarching arbitration clauses and class action waivers is often unjust.

Judge Schiller’s final decision notwithstanding, other judges have allowed class action wage claims against Applebee’s. In 2014, a federal  judge in New York  gave the green light to a class action suit against a franchise operator who has employed thousands of workers in New York City and its suburbs. A similar suit originally dating back to 2006 suit was settled last year when a federal judge in Chicago approved an agreement worth $2.7 million to reimburse workers for lost wages at a now bankrupt franchise operator there. Also dating back to 2006 was the case of Fast v. Applebee’s International, which was unusual in the sense that workers won a case against the parent company itself, rather than one of the franchise operators.

Those cases, as well as others, all involve claims that Applebee’s or its franchise operators violated the federal Fair Labor Standards Act by cheating workers out of their fair wages.

According the official website for Applebee’s Services, Inc., “there are over 1,990 Applebee's restaurants operating system-wide in 49 states, 15 international countries and one U.S. territory. The Applebee's system employs approximately 28,000 employees company-wide.” The parent company did not respond to In These Times request for comment.

Ruckelshaus of the National Employment Law Project predicts that the full NLRB will rule against The Rose Group, because Judge Flynn’s ruling in consistent the Board’s 2012 D.R. Horton decision, a controversial case that favored workers over bosses in cases involving mandatory arbitration. But federal courts have often sided with bosses, citing the Federal Arbitration Act (FAA), a Bill Clinton-era law designed to encourage private arbitration over lengthy and expensive court proceedings.

The conflict between workers rights and the FAA may ultimately wind up at the Supreme Court sometime in the future, Ruckelshaus says. Meanwhile, most non-union restaurant workers will be left to fight their battles with bad bosses on their own.