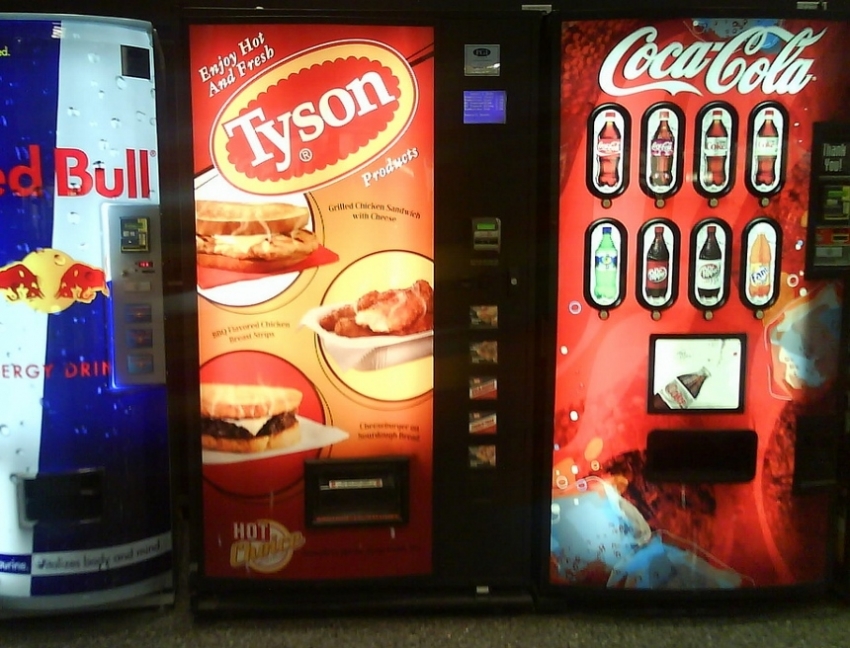 One of the world’s most prominent hunger-fighting organizations has launched a publicity campaign aimed at improving wages and workplace safety in U.S. chicken processing plants.

Oxfam kicked off the campaign with a report released October 26 that details substandard wages and benefits, unsafe working conditions, and a culture of hostility to labor rights for the estimated 250,000 workers employed in chicken plants. Titled “Lives on the Line: The Human Cost of Cheap Chicken,” the report was produced in consultation with the United Food & Commercial Workers (UFCW) union, National Council of La Raza, the Southern Poverty Law Center and worker centers such as the Northwest Arkansas Workers’ Justice Center.

Minor Sinclair, director of Oxfam America's domestic program, believes the strategy has already had an impact. Three days before the report's release, the country’s largest poultry company, Tyson Foods—which knew the report was coming—announced it would be raising the base wage to $10 (from $8 or $9) at some of its chicken plants.

Oxfam's report zeroes in on four large companies said to control about 60 percent of chicken production in the United States: Tyson Foods, Pilgrim’s Pride, Perdue, and Sanderson Farms. These are vertically integrated industrial corporations, Oxfam notes, that directly control most phases of production, distribution and marketing. They also use a wide array of different brand names. “If you buy chicken anywhere in the U.S., whether it’s in a grocery store, a restaurant, or a school cafeteria, you are almost certainly buying from one of these companies,” says the report.

With its “Behind the Brands" campaign, Oxfam applied a similar strategy of applying consumer pressure on global food corporations such as Nestle and Coca-Cola. Sinclair says the new report aims is to build consumer pressure for chicken corporations to voluntarily reform their business practices, prompting a "race to the top."

Springdale, Ark.-based Tyson Foods announced October 23 that it will be raising its minimum wage for some chicken workers:

The move, effective November 1, affects hourly production, maintenance and refrigeration workers at 51 of the company’s chicken plants. This includes raising the starting pay for production workers at almost 40 plants to at least $10 an hour. The starting rate at some facilities had previously been in the $8 to $9 range.

This change in the starting rate, along with other increases of varying amounts for experienced production, maintenance and refrigeration workers, means the average hourly pay for those who have been on the job for more than a year will be more than $12 an hour. Top hourly production pay in Tyson Foods’ chicken operations exceeds $16 an hour.

Maintenance and refrigeration workers at the 51 chicken plants will also experience increases of varying amounts. As a result, top pay for some maintenance jobs will reach $23 an hour while the highest pay for certain refrigeration jobs will be $26 an hour.

Tyson Foods' president of poultry Noel White told the Arkansas Democrat-Gazette that the raise was simply aimed at remaining competitive and improving employee retention. Sinclair, however, notes that Tyson was aware of the report and the timing of its release. “We wanted their input into the report and they received draft versions before it went public,” he says."We can't say for certain whether the raise was a direct reaction, but the timing certainly suggests that."

Amber Sparks, a spokesperson for the UFCW, provided In These Times with this comment about the state of the poultry industry:

Poultry workers in the United States suffer extremely high rates of injury, earn poverty level wages, and are often stuck in a work environment that thrives on fear and retaliation. In the meatpacking industry, the standards for workers in the poultry industry are the lowest across the bar. UFCW works to raise that bar and is fighting to set a new standard in the poultry industry. By coming together, and with the protection of a union contract, UFCW poultry workers are setting a new precedent in the industry with better wages, better benefits, and better schedules.

The prevalence of bad wages, unsafe working conditions and anti-union practices detailed in the report comes as no surprise to the advocates working on behalf of chicken plant workers. The report doesn’t provide much new information, but is welcome nevertheless, says John Whitaker, President of the Mid-South Council of the Retail, Wholesale and Department Store Union (RWDSU). The Mid-South Council represents workers at 13 so-called “kill plants” and nine other “de-boning” operations in Alabama, Mississippi, Tennessee, Florida, Louisiana, Virginia, and Ohio, including plants operated by Tyson and Pilgrim’s Pride, he says.

RWDSU, an independent affiliate of UFCW, is actively engaged in union organizing at poultry sites in Southern states (the union had a major election victory at a Pilgrim’s Pride plant in Alabama in 2012), and is engaged in wage struggles and workplace safety issue on a daily basis, Whitaker says. “If Tyson is raising the minimum wage, then that’s good for all the workers,” he says. “It’s going to put pressure on the other companies to do the same.”

Both Whitaker and RWDSU Mid-South Council Organizing Director Randy Hadley say they believe the Oxfam campaign will be most effective if it can convince companies like Tyson to extend improved labor standards to the company’s many non-union contractors. “For the most part, the big companies like Tyson play by the rules [at their own plants], but that’s not the case for all their contractors,” says Whitaker. “It doesn’t help the workers if they raise wages with one hand and outsource a lot of de-boning work to non-union with the other.”

“I think we may need to put the focus more on some of the smaller players, and shut down these sweatshops,” Hadley says. “And make no mistake, there are chicken production sweatshops in operation out there."

Oxfam aims to make these facts known to the general public, so that pressure can be brought to bear, Sinclair says. He adds that Oxfam doesn’t involve itself directly in union organizing activities, but is supportive of the efforts of UFCW and RWDSU to raise standards across the board.