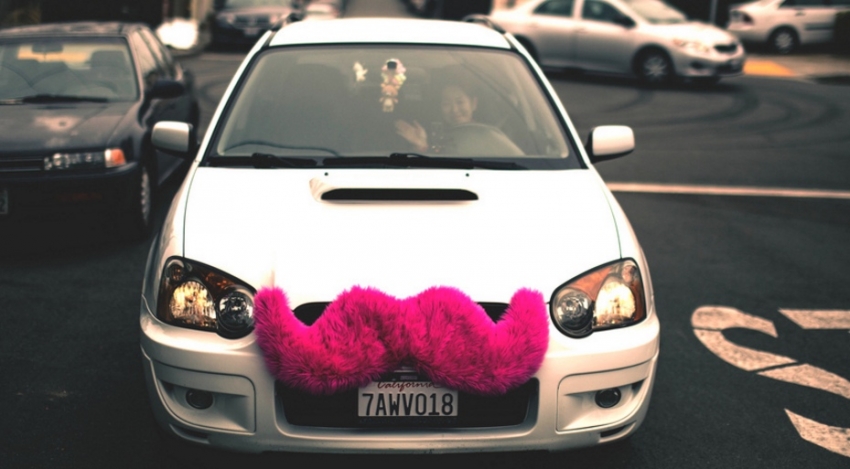 A driver for Lyft, one of the "sharing economy" companies being sued by workers over allegedly improper classification as freelancers. (bootleggersson / Flickr)

At the recently convened White House Summit on Worker Voice, President Obama argued that the central economic problem of the day is making sure that everyone who works hard is “getting paid a decent wage with decent benefits, [and] everybody has some basic economic security.” To achieve these goals, Obama said that the power of workers to take collective action must be strengthened. But if a recent letter signed by a number of union leaders, nonprofit executives and tech investors is any indication, advocates for collective action by workers should be concerned.

Recently, 39 Service Employees International Union (SEIU) staffers and leaders, a network of “alt labor” groups and CEOs of and investors in some of the fastest growing “sharing economy” companies signed an open letter titled “Common ground for independent workers.” The letter argues that the on-demand economy is “fundamentally changing the economic landscape across the country, adding value to consumers’ lives and bringing new opportunities for workers.”

But the authors of the letter also admit that many of the workers in this new economy—Uber drivers, Handy maids—face difficulties obtaining insurance and other benefits and protections. Why? Because they’re classified as freelancers, not employees. As such, they’re not even protected by many federal, state and local minimum wage laws and other labor protections.

What is the solution? The letter’s authors call for a discussion to establish a system of “portable benefits” not tied to the companies they work for. They state that policy changes to create a system of such benefits is a better solution than litigation.

The letter’s authors write, “solutions to these challenges will develop from some of the same technological advances and entrepreneurial creativity that are driving new models.” The signers on the corporate side of this letter were predictable. They are led by new “sharing” companies and the private equity firms that finance them. Paying their workers as employees and providing insurance and benefits lowers their profits. Two other signers were from the Bay Area Council Economic Institute, a group that ferociously fought unions during the Bay Area Rapid Transit strike of 2013. The Bay Area Council’s board includes senior executives from companies with a track record of trying to dismantle unions and withdraw benefits from their employees, as well as CEOs and investors in the new on-demand companies who hope to avoid paying for benefits.

Another signatory is Eli Lehrer of the R Street Institute, a think tank that defines itself as being “on the political right,” and inspired by neoliberals like Milton Friedman and Frederick Hayek. The R Street Institute argues for legislation to undo the existing system of employee classification in order to make it easier for companies to treat their workers as freelancers. The day after publishing the open letter on portable benefits, the R Street Institute published its own brief on the topic with virtually identical language. Ian Adams of the R Street Institute said his group’s participation in drafting the open letter was a direct response to lawsuits by workers claiming misclassification. “A policy framework that provides workers and firms with much greater flexibility is crucial in light of ongoing litigation,” Adams said in a press release. “Legislatures, not courts, are the appropriate venues in which to write the next chapter in the future of work.” In their policy brief on the issue, the R Street Institute calls on the federal government to “create a safe harbor that firms which meet certain requirements would not be subject to regulatory action or litigation based on a misclassification argument.”

Joining up with this group of employers, financiers and right-wing think tanks are labor advocates including Andy Stern, the former president of SEIU, one of the nation’s largest labor unions, and Laphonza Butler and David Rolf, the presidents of SEIU locals 2015 and 775, two of SEIU’s biggest locals. Nonprofit executives who run foundation-funded workers centers like the Freelancers Union, Coworker.org, The Workers Lab, the National Domestic Workers Alliance, and the National Guestworker Alliance also signed onto the open letter. The president and a senior fellow from the progressive Roosevelt Institute also added their names.

Why did these labor leaders and progressives sign on? The labor and progressive leaders who signed the open letter with whom we spoke were proud of the “strange bedfellows” nature of the statement. Felicia Wong, President of the Roosevelt Institute, says that she wants to begin a conversation about a 21st Century social contract, in which benefits are flexible, universal and stable. Michelle Miller of Coworker.org says she signed on as an individual concerned about on demand economy workers who currently don’t have benefits. “I think that mostly what they suggest is that we need a system that works for all workers,” she said of the letter.

Obviously an expanded system of universal and flexible benefits provided by the federal government would be a great thing for workers and employers. Even the Affordable Care Act, which was an expansion of the private health insurance system, has been a net benefit for millions of Americans who previously couldn’t afford medical insurance.

But what is the likelihood that the U.S. Congress will establish Medicare for all in the near future? Or bolster unemployment and social security? Or establish new universal, “portable benefits” comparable to what European social democracies offer? The majority in Congress have spent the past five years trying to dismantle the Affordable Care Act. Numerous states have openly rejected implementing the law. There is virtually no conversation in the federal government today about creating or strengthening any universal benefits programs, but there is plenty of political muscle aimed at further eroding workers benefits.

The letter’s call that on-demand economy workers forego litigation to gain wages and benefits owed to them appears to allude to attorneys like Shannon Liss-Riordan. Liss-Riordan is helping workers sue Handy and Lyft, two of the companies whose CEOs signed the letter.

“These are good words, obviously,” she said about the letter’s focus on benefits, but “I’m concerned seeing labor groups on there. … I’m wondering whether they’re fully informed as to what they’re putting their names on.” Liss-Riordan said labor advocates should be trying first and foremost to ensure that existing laws are enforced, and that companies aren’t allowed to misclassify workers as freelancers.  While the two can certainly be done simultaneously, given rampant misclassification, the emphasis on creating a new portable safety net and a put-down of wage and hour litigation is at the very least tone deaf to workers who are currently engaged in battle with employers who are avoiding providing benefits through misclassification.

The letter comes just as the Obama Administration has finally taken action against worker misclassification and made it easier for workers formerly classified as independent contractors to join with fellow workers to advance their own interests. In the southern construction industry, for example, workers, especially Hispanic immigrants, have routinely been cheated and tax payers fleeced by misclassification.

"Payroll fraud misclassification is pretty much the business plan on every job site in the state of Louisiana," said Jason Engels, Executive Secretary-Treasurer of the Central South Regional Council of Carpenters.

According to a recent investigation by a New Orleans television station, “the business model is called misclassification of employees and, according to our research in Louisiana, it costs taxpayers annually at least $250 million.” Because “if an employee considers that carpenter or painter an independent contractor, they're not deducting state or federal taxes, Medicare or Social Security or unemployment insurance.” And, given the relationships in this method, immigrant workers are subject to repeated exploitation with no avenue for recourse.

Portable benefits sound great, but the ramifications of the proposals in the letter are extraordinary. Who pays for these portable benefits? The letter states that “all workers should have access to a basic set of benefits regardless of employment status,” but does not go so far as to say that these benefits should be provided by local, state or federal governments. Legislatures are increasingly resistant to the idea of creating a worker friendly benefit systems in these days of American Legislative Exchange Council control at the state level and a business-dominated U.S. Congress.

If the “sharing economy” companies are willing to pay for portable benefits, they can already do so by treating their workers as employees. We already have a portable pension system in the United States: Social Security. And building trades unions have had portable health care, pension and training programs for decades, providing a model whereby workers carry benefits throughout their careers working for many different employers. These joint employer/union trusts, established pursuant to federal labor law, have addressed exactly these issues of workers who work for a number of companies. But this assumes the workers are classified as employees.  Neither of these examples were mentioned in the letter.

The mythology of Silicon Valley is seductive. Advocates in new labor are fascinated by changes in the structure of work in the gig economy and the power of technology. To address new inequalities it has become popular to build apps or to make investments in the style of social entrepreneurs. But even President Obama in the Workers Voice summit observed that the on-demand economy is just a fraction of the overall economy. It’s really not impacting the workplaces of most Americans. Obama, hardly an old-guard labor radical, had to remind his audience at the conference that they should not get distracted and think that things are changing faster than they really are.

Similarly, Ross Eibenbrey of the Economic Policy Institute told Lydia DePillis of the Washington Post that signers of the portable benefits letter inflated the number of freelancers in the economy. The result is that “people think that things are changing much faster than they are, and that therefore the legal models that we have shouldn’t be applied.”

It’s exactly that fallacy that attorneys like Liss-Riordan are pushing back against. She represents workers who say they are employees of the giant companies that profit from their labor. Her clients want the same benefits as others. Some of them even want a union.

Perhaps the most surprising thing about the portable benefits letter is that it entirely omits the idea that workers should have some power vis-à-vis management, and that the solutions might lie in workers taking collective action. It is the collective power of workers that gives them protection, not new “technological advances” or “entrepreneurial creativity.” Disrupting employment protections as envisioned by some of the signers, such as the R Street Institute and the tech companies, could erode workers’ abilities to engage in collective action or to unionize. Currently the National Labor Relations Act, which protects worker organization, only protects employees. Freelancers with individual contracts, as proposed by R Street, would not have access to the courts to redress wrongdoing by the companies they work for.

New ideas are great; the labor movement certainly needs them; and the energy of new labor, including the nonprofit workers centers, has potential. But if worker advocates join crowds like this, and propose the elimination of protective rights, they will lose all credibility outside of Silicon Valley.

Jay Youngdahl is a labor attorney. Darwin BondGraham is a journalist in the Bay Area.