Why Did My Union Give an Early Endorsement to Hillary Clinton Over Bernie Sanders? 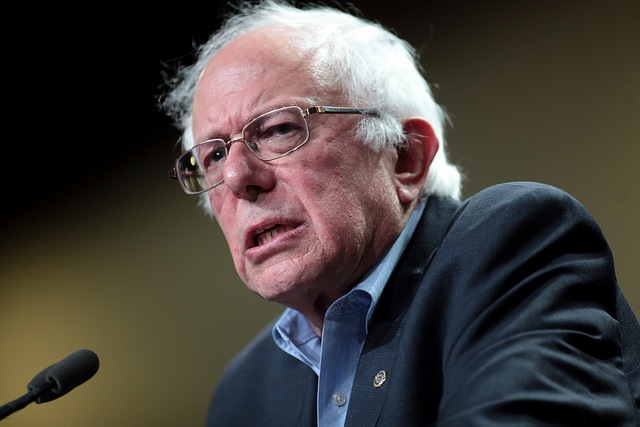 The leadership of my union, the American Federation of Government Employees (AFGE), officially endorsed former Secretary of State Hillary Clinton for president on December 10. The endorsement came after union leadership had informed its members on November 17 that they would not make a presidential endorsement for at least two more months and without holding a membership vote.

Fifty-five rank-and-file union members from over 50 different AFGE locals signed on to a letter developed by Labor for Bernie sent to AFGE leaders on November 16 that urged the union “to oppose an early primary endorsement for Hillary Clinton” and expressed support for Senator Bernie Sanders.

In response to the petition and the demand that the union refrain from issuing an early endorsement, National Vice President Gerald Swanke, from District 11, responded via email: "We're not. I don't expect an endorsement until at least the legislative conference."

The AFGE Legislative Conference of 2016 is scheduled for February 8, 2016. With the sense of urgency removed, many AFGE members began preparing to attend the conference to make the argument there to endorse Sanders.

Since AFGE's endorsement, I have reached out to over half a dozen staffers by phone and email at the district and national levels. I was able to reach one staff member and had the admin of the AFGE Facebook page respond to a comment or two, but other than that, my phone calls and emails have not been returned.

AFGE leadership appeared to pursue two paths to determine its endorsement. First, they sent out a questionnaire to all presidential candidates. Second, they conducted a poll of 800 members, which they refer to as the "gold standard" (it's not clear if this is 800 out of its 300,000 members or out of the 670,000 federal workers AFGE represents). Based on these results, AFGE’s National Executive Committee (NEC) then voted to endorse Hillary Clinton for president.

According to AFGE’s November/December 2015 issue of the Government Standard, the questionnaire was sent to all the presidential candidates, including Republicans, and only Bernie Sanders and Hillary Clinton responded in a timely manner. From the questionnaire, it was clear that Bernie stood with AFGE union members on every issue; Clinton, on the other hand, avoided giving direct answers to many of the questions, though she did proffer a few platitudes.

Regarding the Social Security Administration, Clinton stated that they needed to “keep defending” Social Security from “cuts and attacks,” while Sanders vowed that he will work “to expand, not cut, the SSA budget.”

As for the polling, according to the AFGE Facebook page, they polled 800 members. “We didn't come to the decision to endorse Secretary Clinton lightly,” a statement read. “We scientifically polled our membership and found that Clinton's support exceeded that of the closest candidate by a nearly 2-to-1 margin.

After further inquiry and requests for more information, the union posted the following:

Of those who said they would vote for a republican candidate, 18% chose Ben Carson, while 17% chose Donald Trump, with the remainder spread across other candidates, ‘won’t vote,’ or ‘undecided.’

Within the first hours of the AFGE's release, the union’s Facebook page was filled with statements in support of Sanders. Within days of the news, the Facebook page “AFGE for Bernie” nearly tripled its membership.

Breaking down the polling numbers, out of over 300,000 dues-paying members, assuming these are who were polled, AFGE contacted 800 members. Out of these 800 members, 424 said conclusively that they would vote for a Democrat. Of those 424, 178 said they would vote for Clinton while 106 said they would vote for Sanders—not at all the “2 to 1 margin” AFGE claimed in their initial release. The AFGE leadership apparently believes that a poll of 800 people with only 22% supporting Hillary Clinton is enough to make an endorsement for their entire union.

Why did AFGE's leadership feel this urgency to endorse so quickly after so many members made it clear they wanted to endorse Sanders or wait to endorse? Why not hold an actual membership vote like the Communication Workers of America (CWA) conducted? The CWA’s decision to endorse Bernie Sanders followed a “three-month democratic process, including hundreds of worksite meetings and an online vote by tens of thousands of CWA members on which candidate to endorse.” These questions should be answered by our union's leadership.

In the meantime, the rank-and-file AFGE members refuse to be silenced. We are standing firmly behind Bernie Sanders. Less than a week after the national AFGE announcement, AFGE Local 3369 in New York endorsed Bernie Sanders for president.

It's unfortunate that the national leaders of AFGE and a number of other unions have endorsed Hillary Clinton. Yet it becomes clearer with each passing day that union members support the candidate who best represents their interests. That candidate is Bernie Sanders.