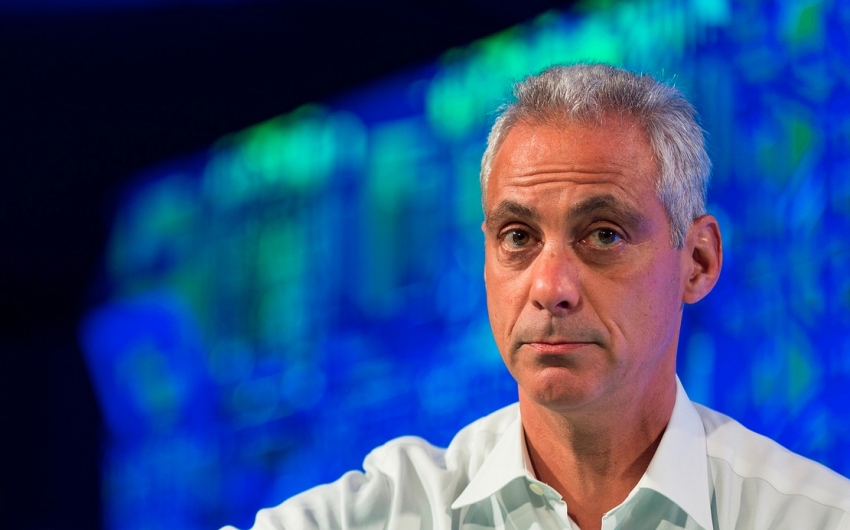 In an unprecedented move on Wednesday, the Chicago City Council rebuked Mayor Rahm Emanuel’s plan to voluntarily pay banks $106 million in penalties to terminate the city’s remaining interest rate swap agreements. In another unprecedented move, I attempted to explain to my mother what had happened.

I told her, in a mix of English and our native Urdu, that the city had entered into these bad deals that had cost taxpayers millions of dollars, and that a group of us have been calling on the mayor to sue the banks to get the money back. I also told her that, instead of suing the banks, the mayor was trying to pay them all of the future payments for the next 15 years right now in order to get out of the deals.

My mother was shocked. “So instead of paying what he would over the next 15 years, he’s just paying them now?” she asked. I nodded. “That’s just more money for the banks,” she replied. “Why would he do that?”

In a press conference on Tuesday, Alderman Carlos Rosa said, “It’s like claiming that you’ve lowered the risk of your car getting stolen tomorrow by handing your car keys to a thief today.”

When Chicago’s credit rating was downgraded to junk last spring, that triggered termination clauses on several of the city’s interest rate swaps. Chicago had to pay approximately $185 million in termination penalties at the time. That was on top of the $537 million in payments the city had already made on the predatory swaps up to that point.

But the city has additional swaps that have not been triggered. Rather than fighting those deals, the mayor is now trying to voluntarily terminate them by “paying the entire ransom,” as Alderman Scott Waguespack described it.

Payments for swap termination penalties were included in a broader $2.6 billion borrowing package that Emanuel sent the city council for authorization. So under his plan, the city would have borrowed money (that it would have had to repay with high interest rates due to the city’s low credit rating) to pay these penalties to the banks.

Members of the Progressive Caucus of the Chicago City Council challenged the deal and got the authorization for the swap penalties stripped out of the broader package. This was a big win for community leaders who have beenchallenging the deals for years.

However, this was just a first step. In order to get out of these deals without penalties and recover taxpayer losses, Chicago should also take legal action against the banks that marketed and sold the toxic swaps to the city. Cities like Philadelphia and Houston have sued banks for illegally manipulating the interest rates on which their swaps were based. Many of Chicago’s swaps were also based on those same rates that the banks have admitted to rigging.Other cities, like Reno, Modesto, and Pittsburg, CA, have filed claims against banks for misrepresenting risks associated with predatory financial deals.

The mayor should also use Chicago’s leverage as a customer of Wall Street to force the banks to renegotiate these deals and waive termination penalties. As Carrie Sloan and I wrote in our report about Chicago’s finances last year, “Chicago controls $78 billion of potential financial business. This is $78 billion that Wall Street would like to get its hands on, so it gives Chicago a tremendous amount of bargaining power over Wall Street firms.” Last spring, we argued that Emanuel could launch a debt strike against the banks that hold the city’s swaps and simply refuse to make any more swap payments until they agree to renegotiate. That still holds true today.

Already the City of Chicago and Chicago Public Schools together have paid banks more than $1.1 billion for swap deals. With the city and school district both facing record budget crises, it is high time for city officials to do everything in their power to stop banks from raiding the city’s coffers. Chicagoans’ taxpayer dollars should go toward providing residents with vital services, not—in the words of my mother—“more money for the banks.”