With 3 Recent High-Profile Walkoffs, Is the Wildcat Strike Back? 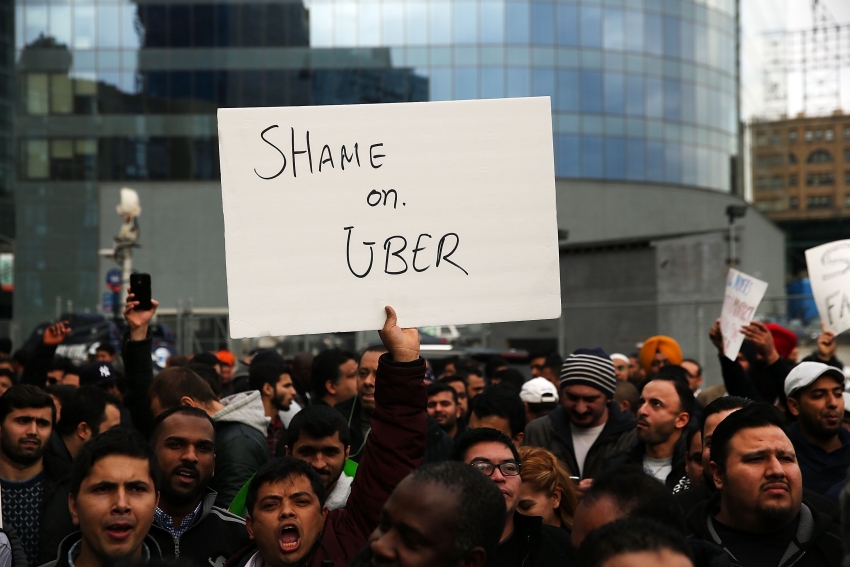 Three high-profile wildcat strikes have caught business watchers and union leaders by surprise in recent weeks. Could they be bellwethers for a rising tide of worker militancy?

A wildcat strike is one that occurs with little notice or legal sanction. Wildcats are often organized in violation of a contractual commitment not to strike or a legal prohibition to do so, and in defiance of both the employer and official union leadership. Non-union workplaces wildcat by striking without formally certifying or affiliating with a union.

Wildcat job actions have sparked some of the largest strike waves and union gains in American history, and the revitalization of the 21st century labor movement will require a degree of worker organizing that is not dependent on union staff and resources. So spontaneous job actions merit attention.

The sudden return of the wildcat

Longshoreman at the New York and New Jersey ports launched a classic wildcat strike on Friday, January 29, catching the Port Authority, the Shipping Association and their own International Longshoremen Association totally unaware. The strike, which cost businesses that rely on the ports to ship goods in and out of the country hundreds of thousands of dollars in a few short hours, was apparently in protest of a government agency, the Waterfront Commission of New York Harbor, imposing new job requirements on top of and outside the bounds of the longshoremen’s collective bargaining agreement.

The walkout seems to have been a genuinely spontaneous action, sparked and spread within a few short minutes and over by nightfall. Industry observers are still scratching their heads at what it all meant, and whether it will happen again.

The following Monday, NYC-based drivers for the controversial “rideshare” app, Uber, began a 24-hour work stoppage and staged a rally outside of the company’s local headquarters. The tech firm is notorious for its questionable legal practices of treating its employees as “independent contractors” and often operating outside of taxi and limousine regulations in order to undercut traditional yellow cabs and car services. Drivers struck in protest of a 15% reduction in Uber’s fares, a cost that they alone must absorb.

While planned at least a day or two in advance, this wildcat strike was organized by an informal network calling themselves “Uber Drivers United,” according to the homemade fliers they handed out (although some coordination with the Taxi Workers Alliance has been noted). Uber was designed by its Silicon Valley founders to “disrupt” traditional work rules and regulation and to definitely be union free.  The strikers are not demanding union recognition in the modern sense, but simply demanding a rollback of the wage cut.

While the smug business press scoffs (Fast Company said of the strike, “The irony, of course, is that by taking a slew of drivers off the road, the strike actually serves as a good opportunity for other drivers to profit from surge pricing, the fare increase that Uber imposes when demand is high”), the protests could spread to other cities.

Earlier in January, a faction of Detroit schoolteachers led by former Detroit Federation of Teachers (DFT) president Steve Conn staged a wildcat sickout over the abhorrent physical conditions of the school buildings that forced 64 out of 97 schools to close. Conn’s group is exactly the sort of alternative competitive union that I have predicted will become the norm if unions embrace non-exclusive members-only organizing.

Conn, a polarizing perennial opposition leader, eked out a narrow win for president in a low turnout election in January of 2015. But he failed to carry his slate in the union’s executive board elections and seemingly made little effort to unify the union around his agenda. An unpopular attempt to disaffiliate the DFT from the national American Federation of Teachers resulted in his removal from office eight months later. (Full disclosure: I am a former organizer at the AFT.)

Conn has since tried to decertify the DFT in favor of a new union he calls the Detroit Teachers Union. The sickouts over the crumbling infrastructure and lack of investment in Detroit public schools was his group’s attempt to vie for shop floor power. In so doing, Conn may have found his true calling as the leader of a proudly independent militant minority union.

As far as I can tell, most Detroit public school teachers retain their loyalty to the DFT, even if many were willing to take part in the frankly long overdue protest. The DFT, of course, had to denounce the action. They signed a contract with a no-strike clause, Michigan public sector law makes any strike illegal and the viciously right-wing state legislature is seeking retribution via a bill that would decertify any union that allows a wildcat strike to happen.

But the AFT has embraced the issue, if not the wildcat tactic, and successfully connected the deplorable condition of Detroit schools with the poisoning of the children of Flint as a national scandal that naturally follows from electing the GOP equivalent of Immortan Joe to run a once-functional state government.

A bellwether or a fluke?

The U.S. labor movement has historically grown in incredibly short and intense periods of activity, and then slowly declined in the interim periods. All of these periods of growth corresponded with a mass strike wave (although not every mass strike wave—of which there have only been about seven or eight since the Civil War—has resulted in membership growth for unions).

Most American strike waves have been led from below. Many began with wildcats that were unplanned or even opposed by union leadership. When conditions were right, union leaders swooped in to take charge of the actions and cut peace deals with the bosses that led to measurable gains for the working class. This is a healthy—and missing—dynamic in the labor movement.

Arguably only two of the great strike waves were planned and led by unions. One was the post-WWII wave of strikes that saw demands for a better quality of life, long-delayed by war and depression, finally begin to be realized. The other was the wave of strikes for union recognition in the public sector in the 1960’s and 1970’s.

Those are examples of union leadership recognizing and harnessing genuine rank-and-file militancy and winning big. Because they are two of the most recent strike waves, they have left an outsized psychic impression on our movement as well as the residual magical thinking that if only Richard Trumka or [insert your favorite union leader to complain about here] would snap his fingers and call for a general strike, then labor would be restored to its rightful position of power and influence.

This is both ahistorical and betrays a lack of awareness of labor’s current state of organization.

The best that the presently existing unions can do is prep for job actions that can serve as an inspiration to even non-union workers and have a decent shot at winning. The once and future Chicago teachers strike, Fight for 15 and Bargaining for the Common Good are the best contemporary examples of the kind of union leadership that’s needed.

In response to my last piece on labor’s ultimate weapon, historian Erik Loomis writes, “The real lesson of studying strikes is that they can serve as a great window into their time. Sometimes they are aspirational, demanding and winning real changes in the lives of workers.” He points to the sit-down strikes that organized General Motors and the Lawrence Bread and Roses strike as examples of aspirational strikes. (The two planned strike waves I cite above also fit the bill.) “Other times though, what strikes really tell us is that workers are desperate,” and their strikes represent “last-ditch efforts to save what they once had.”

All three of the wildcat strikes highlighted here certainly have an air of desperation about them. With workers rights under attack and middle-class living standards increasingly out of reach for most, desperation is likely to be what inspires militancy in the short run. The key, I think, is for workers to at least feel some agency in their struggle against descending into a worse life, if not actually winning a better one.

And, for better or for worse, the workers who took part in these three wildcat actions do come away feeling more powerful because at least the action was their decision and their protest. Each action clearly caused the employer some discomfort, which is in turn some comfort to the activists who took the risk. And that small win, one hopes, did not go unnoticed by other workers who are now fantasizing about how to ruin their boss’ day one day.